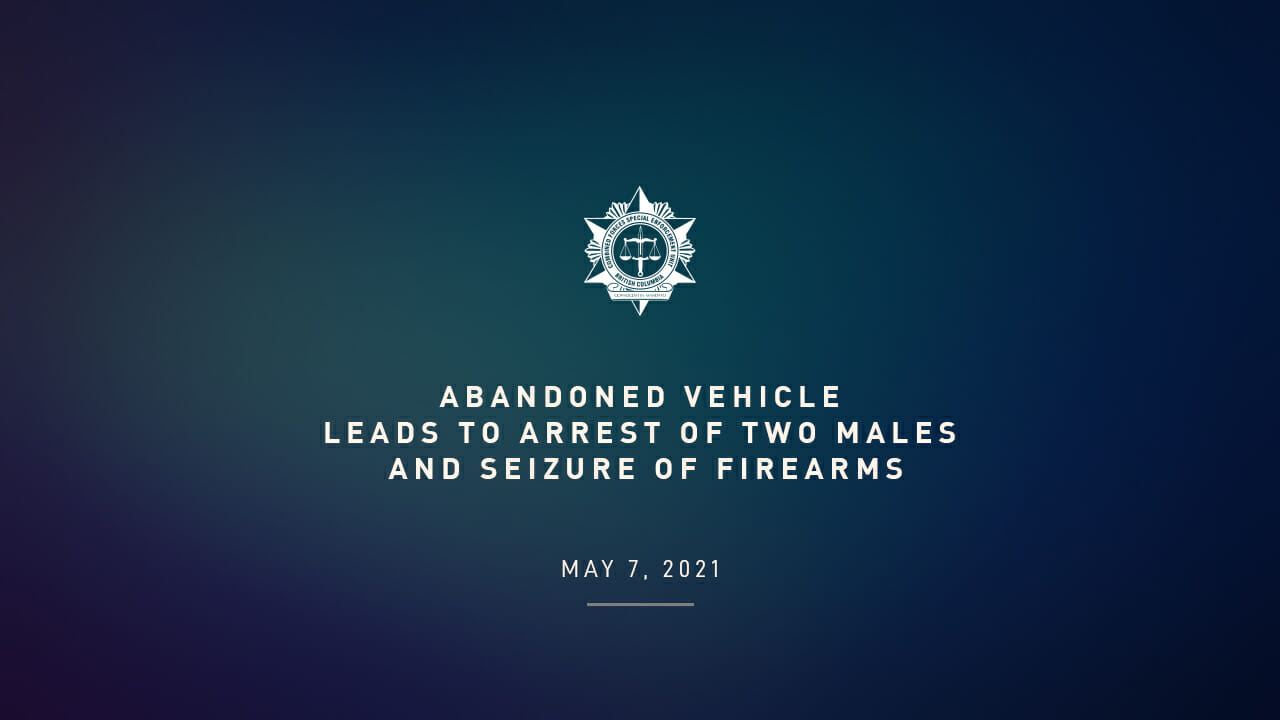 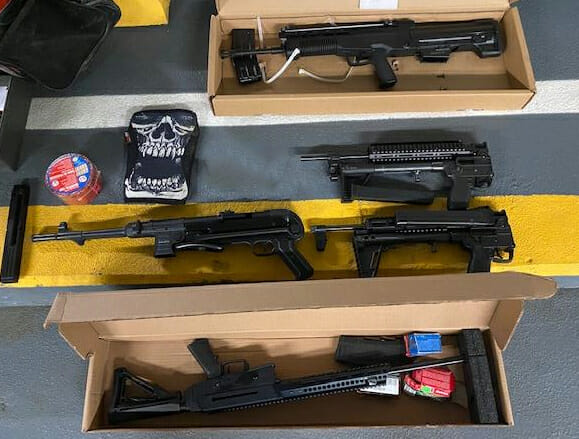 Two men were arrested in the Coquitlam area when firearms and ammunition were seized by officers with the Combined Forces Special Enforcement Unit’s (CFSEU-BC’s) Uniform Gang Enforcement Team (UGET).

On Monday, April 26th, 2021, CFSEU-BC’s Uniform Gang Enforcement Team were on patrol in the area of the Coquitlam Centre Mall. Officers noticed a vehicle in the parking lot, occupied by a male driver. The driver sped up, parked in a stall and quickly walked away from his vehicle without securing it.

UGET officers waited for the driver to return for approximately an hour after which officers approached the vehicle where they immediately observed keys and a cell phone openly sitting in the center console. Further observation revealed a non-restricted semi-automatic rifle.

Officers obtained a warrant to search the residence in the 1100 block of Pinetree Way in Coquitlam. Located and seized as evidence were;

All firearms seized will be submitted to the new Provincial Forensics Firearms Lab, managed by CFSEU-BC, for processing.

The male driver is known to police and the investigation is ongoing. Both males were released from custody pending criminal charge approval.

The Uniform Gang Enforcement Team is CFSEU-BC’s highly visible uniformed presence. These officers work to prevent on-going violence using disruption &/or enforcement action through a visible, proactive presence in the community. By conducting active and high visibility enforcement, including on those individuals or groups that may be posing the greatest risk to public safety due to their involvement in gang or organized crime activity, UGET is able to contribute to increased public safety by getting these dangerous offenders off the streets.