CFSEU-BC has made a substantial impact on gang crime with its involvement in major investigations across B.C., Canada, the U.S., and internationally and will continue to make that a priority in the coming years

The Combined Forces Special Enforcement Unit – British Columbia is making significant headway in the efforts to curtail gang activity. There has been a significant decline in crime statistics related to gang violence over the last year. This is a testament to the commitment and dedication of the nearly 400 officers and civilians who make up the CFSEU-BC along with all of our police, academic, and community partners who we work with every day.

enhancing public safety in every community in this province

The CFSEU-BC has been involved in some high-profile investigations that have resulted in arrests and charges against 97 organized crime and/or gang-related individuals for at least 270 offences in close to 30 communities throughout B.C in the last year. 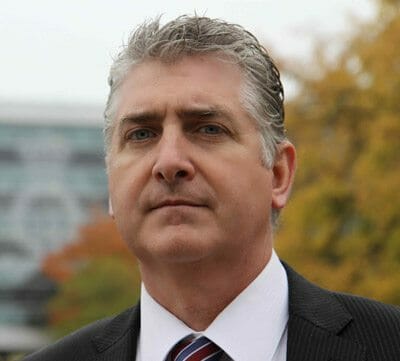 In this past year, the CFSEU-BC, along with the Surrey RCMP and Delta Police Department, have been working diligently to put an end to a gang conflict in Surrey, where low level drug traffickers were brazenly shooting at each other with disregard for the community. There was over 30 recorded incidents since the spring, and the collaboration between the partner agencies was able to stem and suppress the level of violence so innocent people were not harmed.

2016 will see the start of the trial in Kelowna where the accused killers of Jonathan Bacon will be in court. This challenging and complex investigation required us to rely on all of our resources and we called upon our policing partners from multiple jurisdictions to assist our efforts. It is that type of collaboration that will enable a successful conclusion to this investigation.

A major Chilliwack drug investigation yielded over 5 million dollars worth of drugs, including dangerous street drugs like Fentanyl.

A long-time member of the Independent Soldiers gang in the Okanagan had his plans of recruiting new members and further establishing a gang presence in the region thwarted by the CFSEU-BC.

The CFSEU-BC is a prominent presence in communities throughout the province. The tireless work our members are doing to combat gang crime, take drugs off the street, and put in jail the most prolific and violent offenders of organized crime is noteworthy, but these results could only have been achieved through the ongoing collaboration with communities and support from our many partners.

Proactively, the CFSEU-BC End Gang Life initiative continues to evolve; it continues to make inroads with gangsters, those families affected by gang violence, and the general public for whom this is an educational tool. This informative and innovative prevention and engagement strategy has generated conversations across the province and its impact is real. No one is proving to be immune to the power of the End Gang Life messages. I’m excited about the future of this thought-provoking project and its potential legacy.

We anticipate more successes using the prevention methods now being employed by the CFSEU-BC and our partners. Combined with our ongoing enforcement and disruption efforts, we are confident that we will make a profound impact on violent gangs and gang members in British Columbia.

As the Assistant Commissioner of the Combined Forces Special Enforcement Unit of British Columbia, I look forward to leading our collective effort to ensure that we end gang life in British Columbia and continue to enhance public safety in every community in this province.