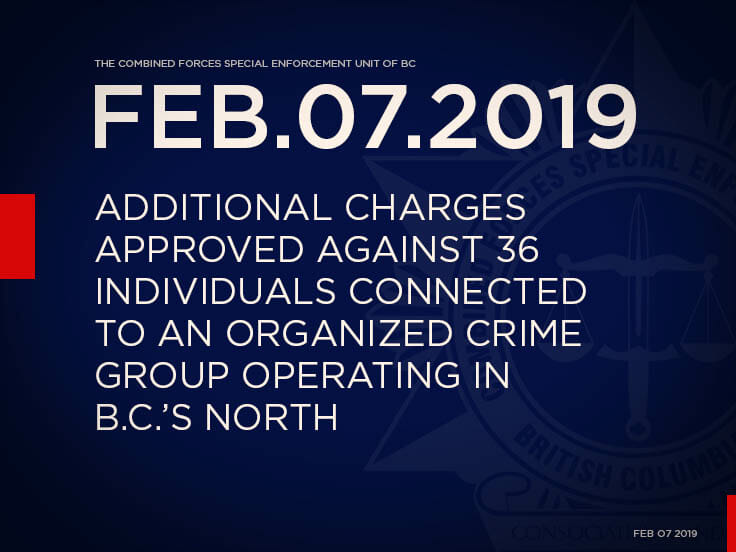 More charges have now been approved against several individuals involved in a 2015 Combined Forces Special Enforcement Unit of British Columbia (CFSEU-BC) investigation into the alleged drug trafficking activities of a crime cell operating primarily out of B.C.’s north.

In July 2015, investigators with the CFSEU-BC’s North District Office began an investigation into street and mid-level drug traffickers operating in BC.’s Peace Region. That investigation is now before the courts and has resulted in the following charges, convictions and related sentences:

4 of the Accused have outstanding warrants for their arrest:

It is currently unknown where these individuals are and anyone with information is asked to contact your local police or contact Crime Stoppers at 1-800-222-8477. (Photos attached)

The CFSEU BC North District investigators conducted a total of 5 search warrants during this lengthy investigation, seizing over $57,000 in cash and a quantity of illegal drugs. These drugs included, cocaine, crystal methamphetamine, Percocet, GHB, and the deadly drug fentanyl. A number of firearms were also seized including a .22 caliber rifle, a loaded 12 gauge shot gun and an AR15 assault- style rifle.

“This investigation and the subsequent seizures has, and will likely continue to have, a significant disruptive effect on this group’s ability to conduct crime in B.C. and put people at risk,” says Chief Superintendent Trent Rolfe, Chief Officer of the CFSEU-BC. “Regardless of where groups connected to gang and organized crime activity are located throughout British Columbia, the CFSEU-BC will continue to target them to suppress, disrupt, and dismantle their abilities to prey on the most vulnerable and cause violence.”

The CFSEU-BC would like to thank Dawson Creek RCMP and Fort St. John RCMP for their assistance throughout this investigation. 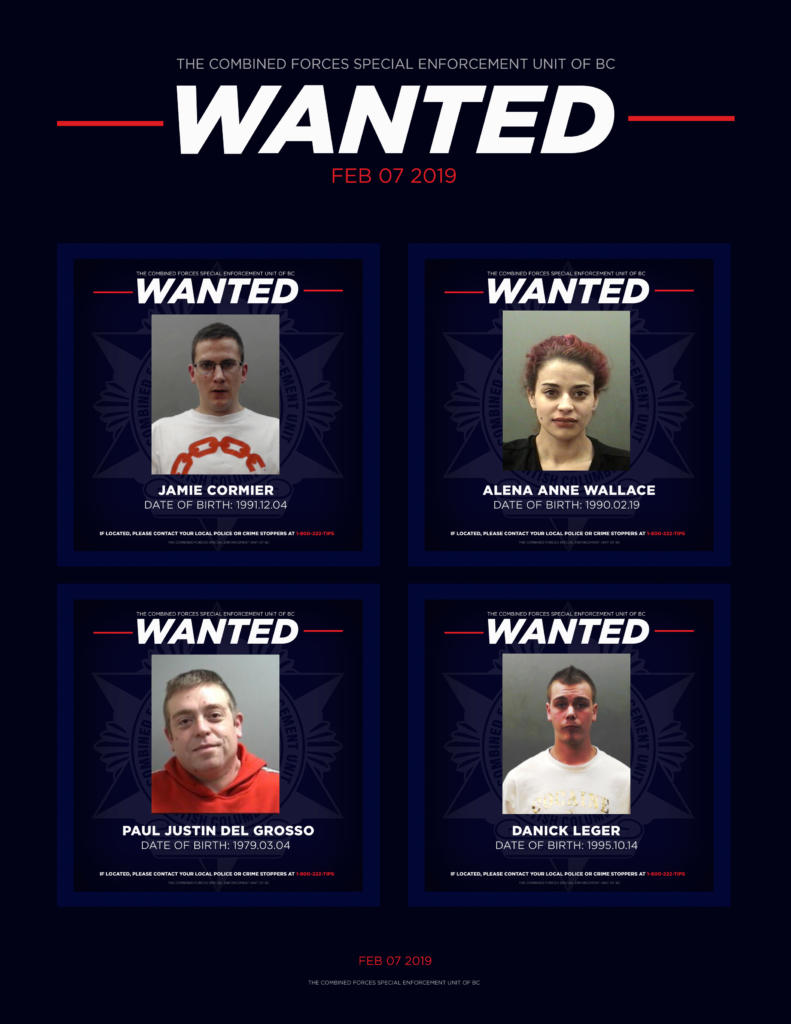 7 hours ago by CFSEU-BC Communications Strategist 32