Arrests and Charges in Targeted Attacks on JIBC Students and Staff 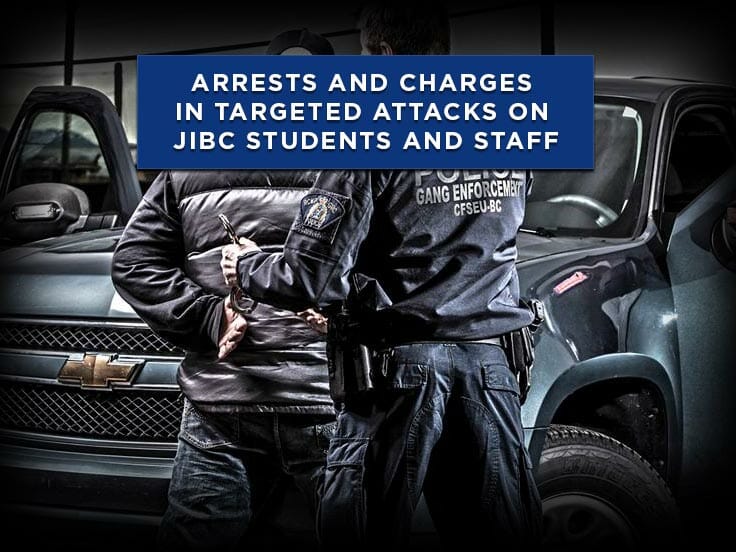 Arrests and Charges in Targeted Attacks on JIBC Students and Staff

After a four year-long investigation, charges have been laid in the investigation into the targeting of staff and students of the Justice Institute of British Columbia Justice Institute of British Columbia(JIBC). This joint-forces investigation that spanned multiple jurisdictions has resulted in the arrests of two men, one of whom police allege to be the orchestrator of the attacks, and another who police allege to be someone contracted to carry out one of the arsons.

Between April 2011 and January 2012, fifteen innocent individuals were targeted in a series of offences which occurred in multiple jurisdictions. Their homes, vehicles, and property were the subject of shootings and arsons. (See attached fact sheet and map) 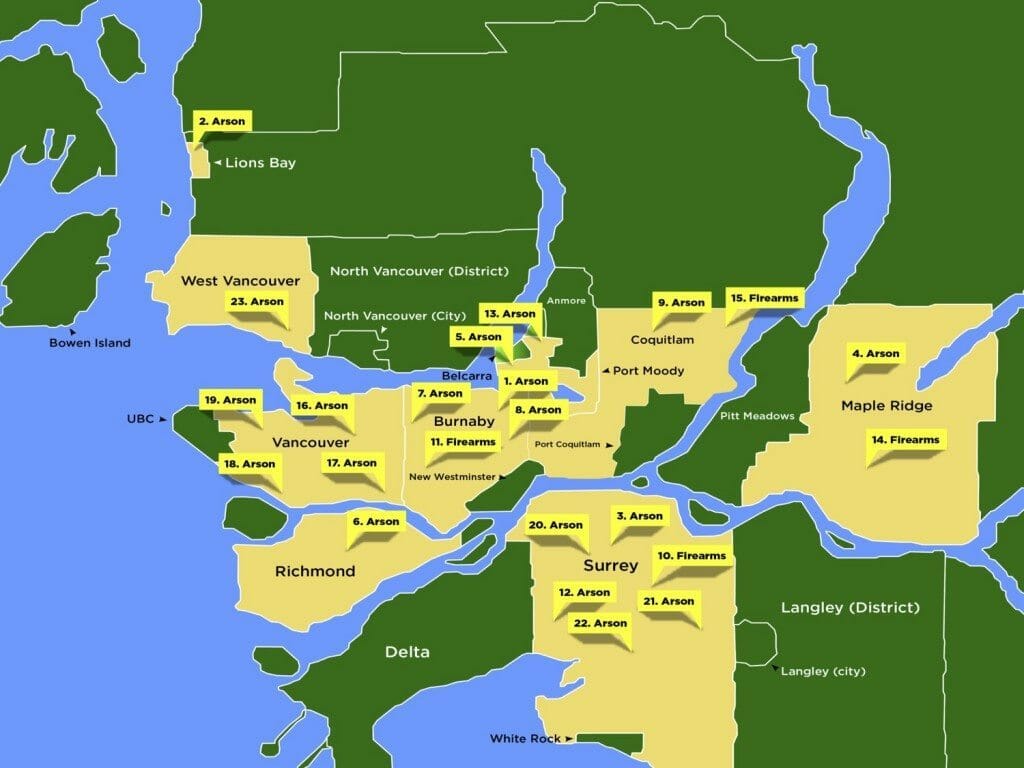 In July 2011, a threatening email was received by the JIBC. The email referenced nine individuals. All but one of those individuals had their homes or vehicles targeted in the preceding months.

The RCMP determined that the victims were linked as a result of a connection to the JIBC. They then collaborated with their policing partners, shared information, and coordinated resources. Previously, the police agencies in each jurisdiction where the attacks occurred had investigated, however no suspects were identified and the motive for the attacks was unknown at the time.

The investigation established that an ICBC employee had queried the fifteen victims’ license plates which provided their personal details.

In January 2012, the investigation advanced after three suspects connected to an arson in Surrey were identified. The investigation into these suspects enabled police to identify an individual as the contractor of that arson. This led to the identification of the person that is alleged to have orchestrated all of the offences.

The investigation continued despite no new offences and then between December 31, 2014 and January 13, 2015, a number of the victims received suspicious letters in the mail. One of the letters contained a warning that attacks would resume in the New Year. Investigators reconnected with all the victims to ensure adequate safety plans were in place.

The investigation continued to the point where sufficient evidence was obtained to support charges against the following two people:

Cheung, the alleged orchestrator, is charged with the following offences (23 counts total):

Thurman Ronley Taffe, a 54-year old of Burnaby resident, was arrested on Friday, September 18th in Burnaby. Taffe is charged with one count of intentionally or recklessly causing damage by fire or explosion to property (house).

Both men have been remanded into custody and were set to appear in Vancouver Supreme Court at 10:00 a.m. on Monday, September 21st.

“We know there are still people who have additional information about these offences and this investigation is continuing with further arrests and charges anticipated,” said the CFSEU-BC’s Chief Officer Kevin Hackett. “The investigation was complicated and made even more challenging by the efforts of the accused to disguise their intent through cunning and calculated misdirection. These past four and a half years have been difficult for the victims and their families and their cooperation and support has been appreciated.”

“This investigation has been a top priority for the Lower Mainland District and a significant number of regional specialized units were brought in to support the investigation,” says C/Supt. Jodie Boudreau, Assistant Commander, Lower Mainland District. “Ongoing intelligence work, information sharing and the expertise of investigators were instrumental in helping us figure out how the pieces fit together and how they contributed to the whole picture”

The CFSEU-BC would like to thank all of the law enforcement agencies and officers who played a direct role or assisted in the investigation. 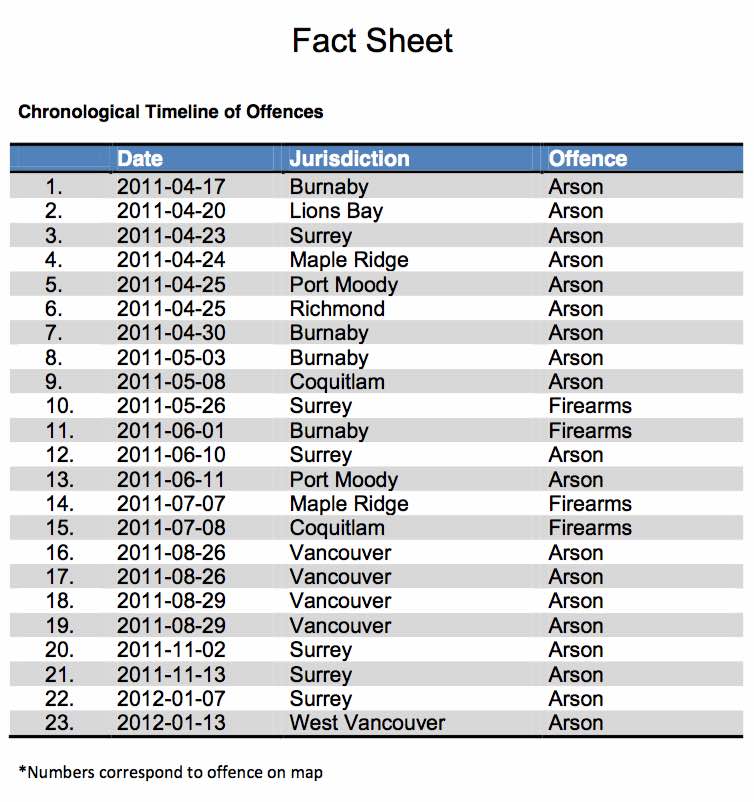