CFSEU-BC and other police agencies have made major progress related to guns and gangs. 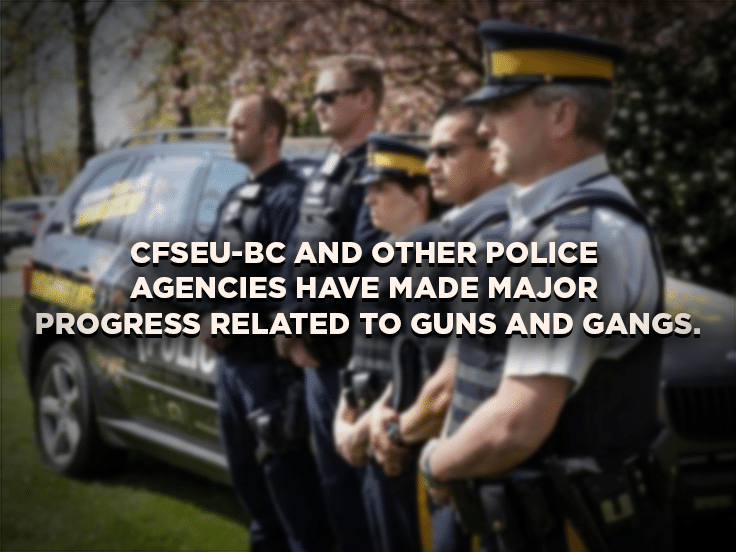 CFSEU-BC and other police agencies have made major progress related to guns and gangs.

A month after announcing a $23-million expansion of B.C.’s Guns and Gangs Strategy, the Province – with the City of Surrey, the Combined Forces Special Enforcement Unit of B.C. (CFSEU-BC) and other police agencies – have made progress on major, related initiatives.

As well, local efforts to engage and inform parents and community members – critical to undermining the roots of gang activity and gun violence – continue apace. Over the last month:

Gun – and gang-related enforcement and arrest successes throughout British Columbia since late April 2016 include:

Original Release from the Government of British Columbia: https://news.gov.bc.ca/releases/2016PSSG0113-000939