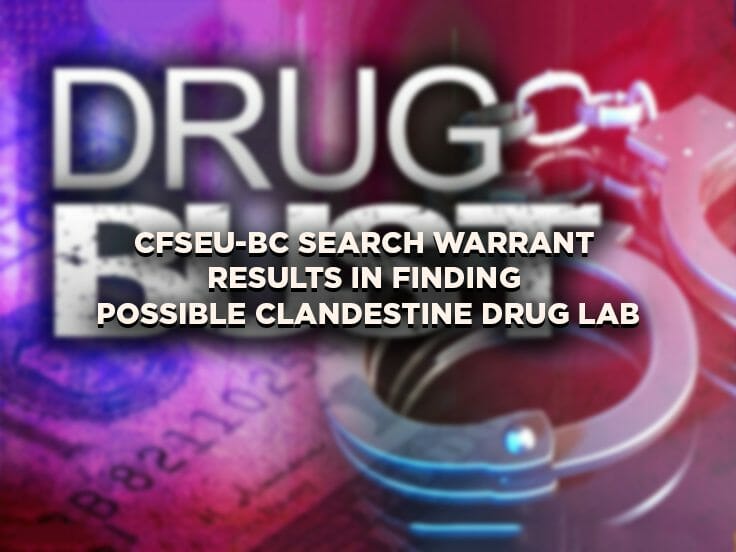 Two people are in custody and the RCMP’s Federal Clandestine Laboratory Enforcement and Response Team (CLEAR) has been called in to support the investigation led by the Combined Forces Special Enforcement Unit of British Columbia (CFSEU-BC) after a CFSEU-BC search warrant on a residence in White Rock earlier this evening.

At about 5:30 p.m. this evening, investigators from the CFSEU-BC, with support from the White Rock RCMP and the RCMP’s Lower Mainland District Emergency Response Team (LMD ERT), executed a search warrant on a residence in the 800 block Parker Street, White Rock as part of an ongoing investigation.

Upon entry, a 46-year-old man and a 31-year-old woman were located and taken into custody. After the arrest of the pair, officers discovered substances and paraphernalia consistent with what is believed to be an illegal synthetic drug lab. Charges have not yet been laid.

The RCMP’s Federal CLEAR Team, a specialized federal police unit responsible for dismantling clandestine drug laboratories that supports police agencies across the province, was called in to support the investigation and ensure that all of the materials inside the house that may be too dangerous for other officers to be in contact with are safely processed.

The house will be contained overnight and the CLEAR Team will begin processing its contents tomorrow. It is not believed that there is any risk to the public.