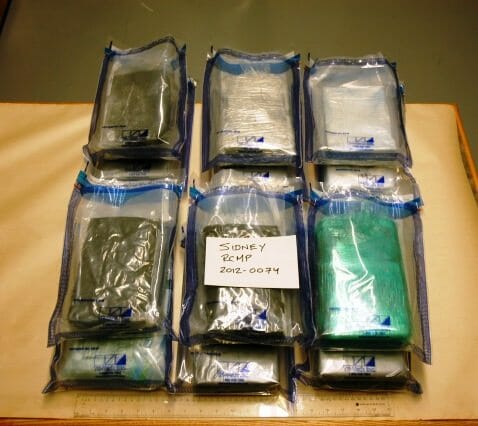 A Vancouver Island cocaine distribution and importation network with ties to the Lower Mainland has been shut down by the Combined Forces Special Enforcement Unit of British Columbia (CFSEU-BC). 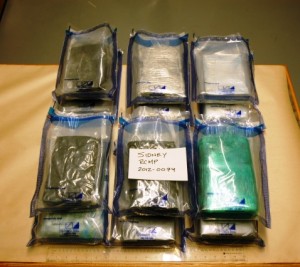 Three Vancouver Island men are facing a number of drug charges following an investigation that began in early 2011 by CFSEU-BC with assistance from the Victoria Police Department.

“In March 2011, CFSEU-BC received information that a Victoria-area man was involved in the importation and distribution of cocaine in the Greater Victoria region. Investigators began to examine the activities of the primary suspect and his associates,” explains CFSEU spokesperson Sergeant Lindsey Houghton.

During the course of the year-long investigation, two other men were identified as being possibly involved in the distribution of cocaine throughout Greater Victoria. On January 5, 2012, officers stopped these two suspects in a vehicle after it left a ferry at the Swartz Bay terminal. A search of the vehicle revealed 12 kilograms (over 26 pounds) of cocaine with an estimated street value of $630,000. The pair were arrested with the assistance of the Sidney RCMP, but released without charges pending further investigation.

Since the seizure of the cocaine in January, CFSEU-BC investigators have been gathering more evidence and working with Crown counsel to support the laying of criminal charges. In a series of coordinated events, CFSEU-BC investigators from Vancouver Island arrested two alleged drug traffickers,  on November 21, 2012. A third man was arrested by the Victoria Police Department.

Identified as the primary suspect, Manual de Jesus Sanchez, 42, of Langford is charged with Possession of cocaine for the Purpose of Trafficking.

Sanchez is previously known to police for drug and weapons-related offences, and has been remanded into custody.

The other two men identified during the course of the investigation are 27-year-old Victoria resident Juan Carlos Lopez, and 23-year-old Spencer Frederick Fyfe-Wilson, of Esquimalt.

Lopez and Fyfe-Wilson have also been charged with one count each of Possession for the Purpose of Trafficking.

Lopez and Fyfe-Wilson are also remanded in custody.

“This drug trafficking network was identified by CFSEU-BC’s Vancouver Island office. As the province’s anti-gang agency our focus continues to be on those individuals who have the potential to disrupt the peace and safety of our communities through their continued criminal activity,” Sgt. Houghton says.