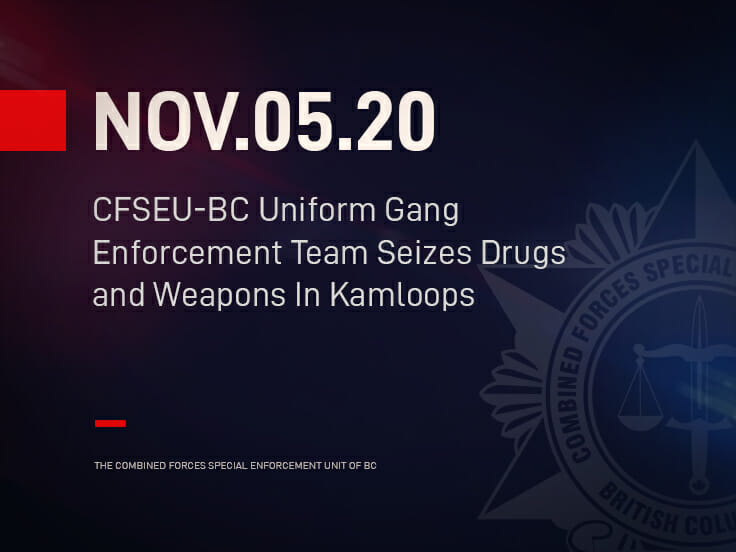 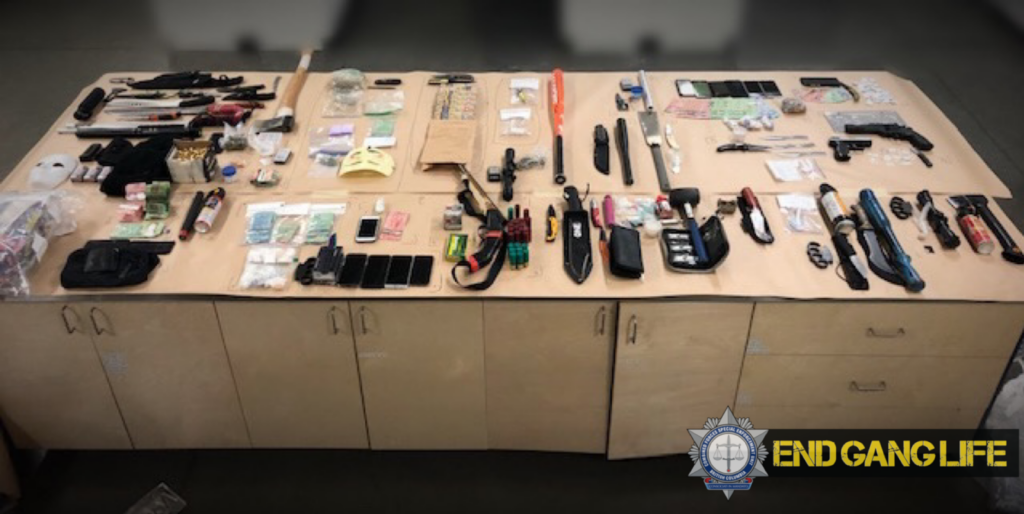 Recently, members of the Combined Forces Special Enforcement Unit of British Columbia’s (CFSEU- BC’s) Uniform Gang Enforcement Team (UGET) were deployed to Kamloops. UGET conducted active and high visibility enforcement in the community, including on those individuals or groups that may be posing the greatest risk to public safety due to their involvement in gang or organized crime activity.

While UGET is based in and spends time in Lower Mainland jurisdictions, UGET members also regularly deploy to communities around the province, either proactively or reactively, to provide short term support to local police agencies. CFSEU-BC uses both its own crime and intelligence analysts, as well as analytical resources in the jurisdictions that UGET travels to, in order to ensure CFSEU-BC resources are as effective and impactful as they can be.

The Kamloops Detachment provided current intelligence and supporting resources with considerable local knowledge and insight which greatly enhanced the success of the UGET deployment. As a result of the strong partnership, UGET was able to contribute to overall law enforcement and enhanced public safety in Kamloops and achieve gang suppression objectives.

“We are truly appreciative of the support from our partners at the CFSEU Uniformed Gang Enforcement Team in continuing our efforts to tackle the drug and organized crime pressures in our community.” said Supt Syd Lecky, Officer in Charge of the Kamloops Detachment, “We know that in the drug and organized crime community there is a significant amount of violence which involves weapons and firearms and affects lives. Getting these off the street will make our community a safer place. To those still involved in the drug trade in Kamloops, we will continue to prioritize our efforts to target you and anyone committing violence towards our residents “

“Success is measured for the Uniform Gang Enforcement Team of CFSEU-BC not only by the enforcement results but by how well they can build partnerships to increase the overall effectiveness and capacity of gang and violence suppression in British Columbia.” Said Sgt Brenda Winpenny. “Working with law enforcement partners, providing training and building upon local efforts is a primary goal for UGET and all of CFSEU-BC.”

Over the three days that UGET was in Kamloops, 133 vehicles were stopped and 260 people were checked, with the majority of those people connected to the street-level drug trade.
During their time in Kamloops, UGET members seized over $33,000 in cash, 52 weapons, and substantial quantities of suspected heroin, fentanyl, methamphetamine, cocaine, and marihuana.