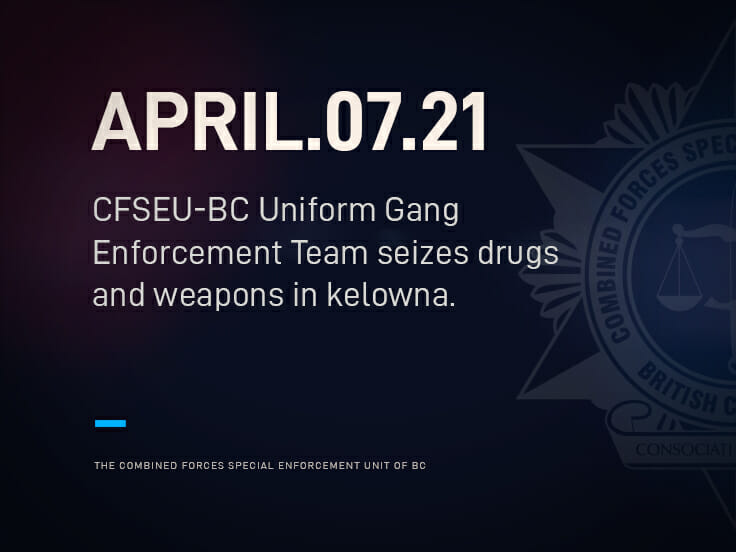 Previous item Charges laid in Drug and... Next item Drugs and Vehicle Seized... 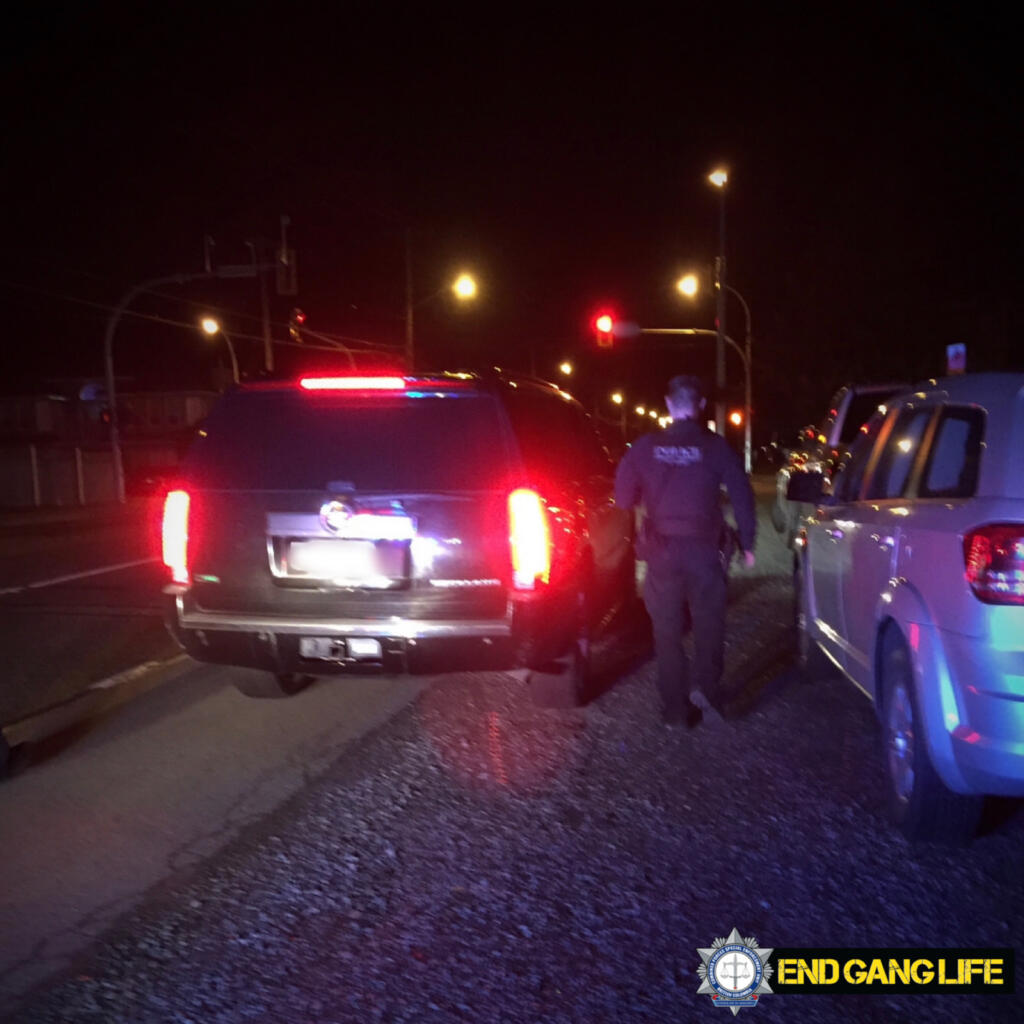 Recently, members of the Combined Forces Special Enforcement Unit of British Columbia’s (CFSEU-BC’s) Uniform Gang Enforcement Team (UGET) were deployed to Kelowna. By conducting active and high visibility enforcement in the communities, including on those individuals or groups that may be posing the greatest risk to public safety due to their involvement in gang or organized crime activity, UGET was able to contribute to overall law enforcement efforts and enhanced public safety.

During the week of March 21ST, UGET worked in partnership with the Kelowna RCMP to ensure that the team was briefed on local crime hot spots and received up-to-date intelligence to help direct their enforcement activities while in the area.

Over the six days that UGET was in the Okanagan, 21 vehicles were stopped and 27 people were checked, with the majority of those people connected to the street-level drug trade.

“One of the core aspects of the overall CFSEU-BC enforcement strategy are the Uniform Gang Enforcement Teams (UGET),” says Sergeant Brenda Winpenny, CFSEU-BC Media Relations Officer. “UGET represents the overt, tactical and specialized uniform presence of CFSEU-BC which will directly interact with individuals involved in organized criminal activity to help our Agency deliver on our mandate. Providing UGET support to Kelowna is a positive for the community and law enforcement.”