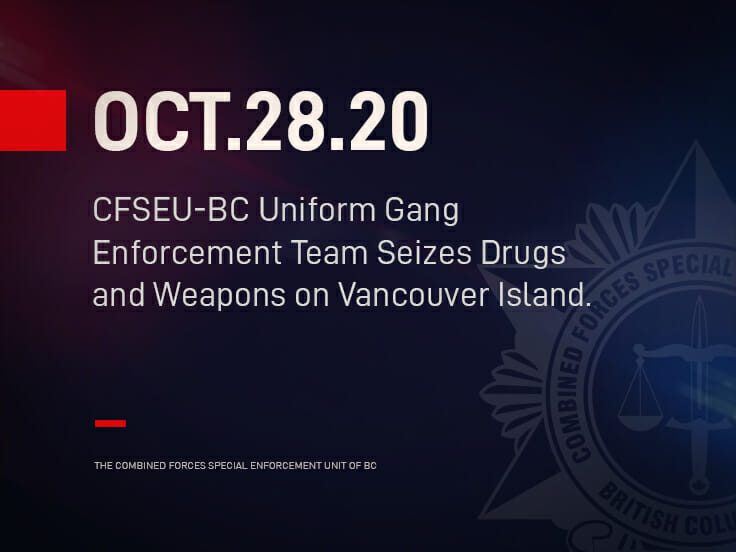 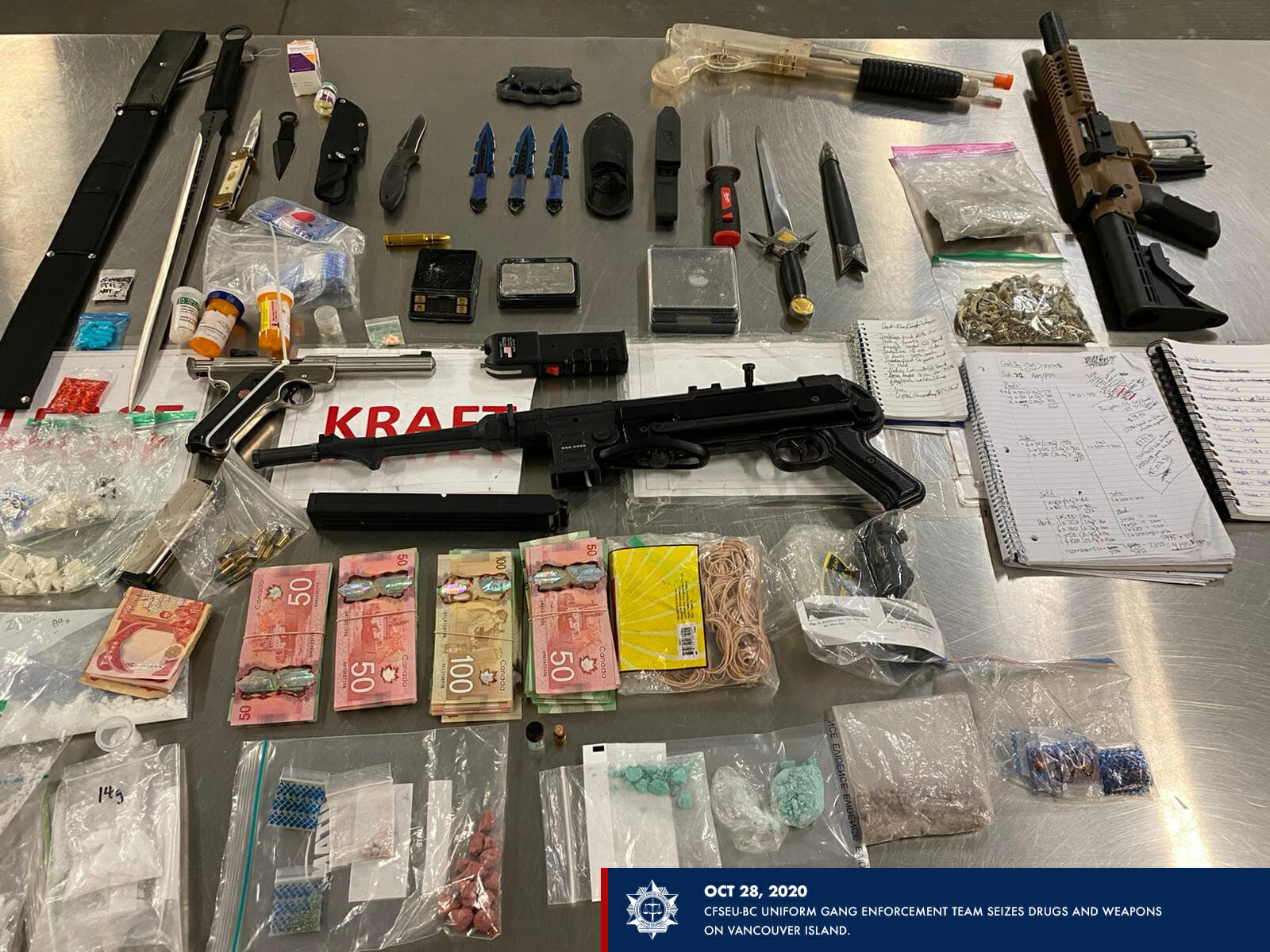 Recently, members of the Combined Forces Special Enforcement Unit of British Columbia’s (CFSEU- BC’s) Uniform Gang Enforcement Team (UGET) were deployed to Vancouver Island, concentrating enforcement efforts in the Nanaimo and South Island regions. By conducting active and high visibility enforcement in the communities, including on those individuals or groups that may be posing the greatest risk to public safety due to their involvement in gang or organized crime activity, UGET was able to contribute to overall law enforcement efforts and enhanced public safety.

Last week, UGET worked in partnership with the Nanaimo, West Shore RCMP, and Saanich Police Department to ensure that the team was briefed on local crime hot spots and received up-to-date intelligence to help direct their enforcement activities while in the Nanaimo and Victoria area.

“The work done on targeted offenders by the CFSEU UGET teams when they come to Vancouver Island is always appreciated by the local detachments and communities” Says Corporal Chris Manseau, Division Media Relations officer for the BC RCMP. “CFSEU works very closely with the local detachments to target those specific offenders with drug, crime, and/or gang ties, and focuses enforcement on them. These most recent results show some of the excellent pro-active work completed by the teams in an effort to disrupt organized crime activity in our communities.”

Over the four days that UGET was on Vancouver Island, 33 vehicles were stopped and 52 people were checked, with the majority of those people connected to the street-level drug trade.

During their time on Vancouver Island, UGET members seized over $15,000 in cash, multiple knives and machetes, swords, a crossbow, an axe, bear spray, a pellet gun that resembles a Glock hand gun, a replica AR15 rifle, and a shotgun. Also seized were a MP40 .22 caliber rifle and a .22 caliber pistol.