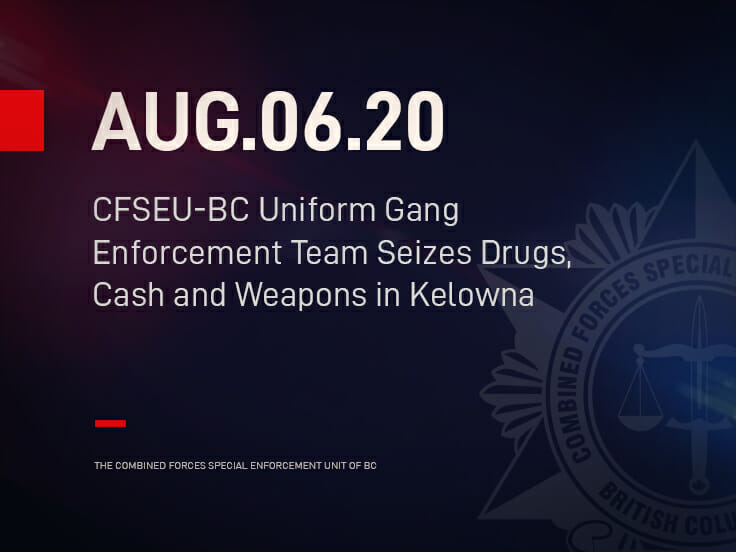 Over the BC Day long weekend, members of the Combined Forces Special Enforcement Unit of British Columbia’s (CFSEU-BC’s) Uniform Gang Enforcement Team (UGET) were deployed to Kelowna. By conducting active and high visibility enforcement in the community, including on those individuals or groups that may be posing the greatest risk to public safety due to their involvement in gang or organized crime activity, UGET was able to contribute to overall law enforcement efforts and enhanced public safety. 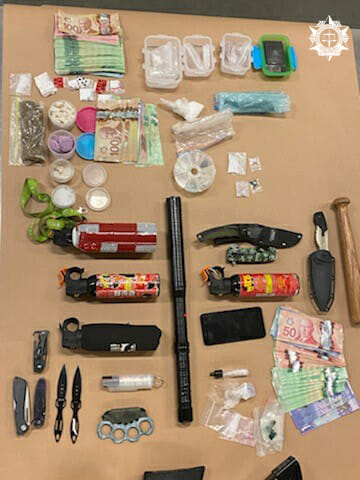 While UGET is based in and spends time in Lower Mainland jurisdictions, UGET members also regularly deploy to communities around the province, either proactively or reactively, to provide short-term support to police agencies.

Over the long weekend, UGET worked in partnership with the Kelowna RCMP, who briefed UGET on the local crime hot spots and shared up-to-date intelligence to help direct UGET’s enforcement activities while in Kelowna.

During their time in Kelowna, in addition to regular enhanced patrols, the Kelowna RCMP patrol boat was utilized, enabling UGET members to conduct a number of vessel checks on the very busy water way and marinas, providing a high visibility presence. In addition, UGET members patrolled the numerous liquor establishments of the area in support of the City of Kelowna Inadmissible Patron Program resulting in 3 individuals being asked to leave various establishments to comply with the program rules and regulations, enhancing public safety.

Over the four days that UGET was in Kelowna, 125 vehicles were stopped and 75 people were checked, with the majority of those people connected to the street-level drug trade. Of concern to overall public safety was the seizure of a .308 caliber rifle that had been improperly stored along with other items associated with criminal activity.

“One of the core aspects of the overall CFSEU-BC enforcement strategy are the Uniform Gang Enforcement Teams (UGET),” says Sergeant Brenda Winpenny, CFSEU-BC Media Relations Officer. “UGET represents the overt, tactical and specialized uniform presence of CFSEU-BC which will directly interact with individuals involved in organized criminal activity to help our Agency deliver on our mandate. Providing UGET support to Kelowna is a positive for the community and law enforcement.” 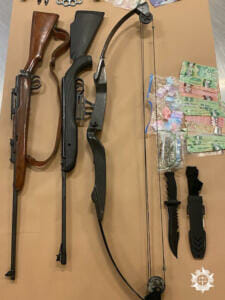 “Kelowna RCMP welcomed the opportunity to work together with the CFSEU-BC Uniform Gang Enforcement Team this past long weekend,” says Supt Brent Mundle, Officer in charge of the Kelowna RCMP. “The joint effort of UGET and Kelowna Detachment led to many successful outcomes including effective boat patrols. Proactive operations such as this help us to keep our community safe.”

6 hours ago by CFSEU-BC Communications Strategist 29