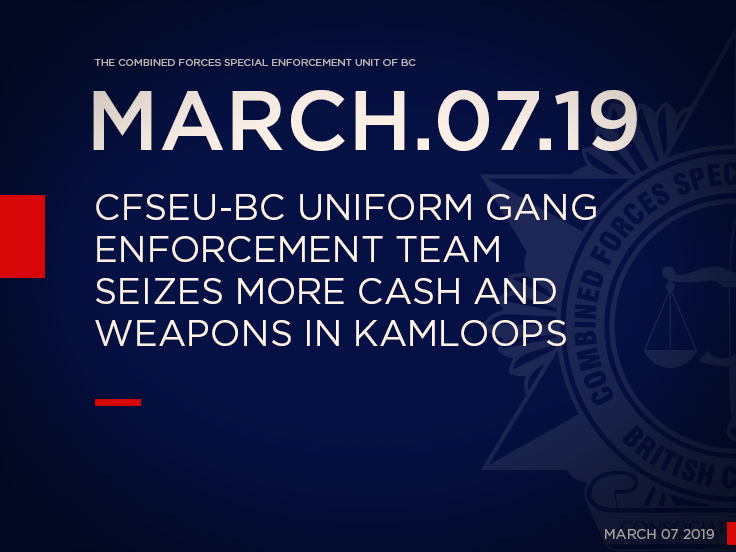 UGET members are subject matter experts in street level gang and drug activity with the advantage of not being tied to local calls for police service, which allows them to focus on suspicious activities and potential violence before it can escalate. Though not tied to calls for service, UGET members also have extensive tactical training and respond to high priority emergency calls for police service in support of the local police of jurisdiction. In Kamloops UGET provided this surge capacity and were responsible for arresting several individuals on outstanding warrants in addition to their dedicated gang suppression efforts.

Over the nine days, 144 vehicles were stopped and 173 people were checked. UGET seized a variety of substances believed to be methamphetamine, crack cocaine and Fentanyl. Additionally, over $48,000.00 in cash believed to be associated to the drug trade was seized and over 19 potential weapons were taken off the streets of Kamloops. These potential weapons included such items as a replica .357 magnum pellet gun, several knives, brass knuckles and bear spray. 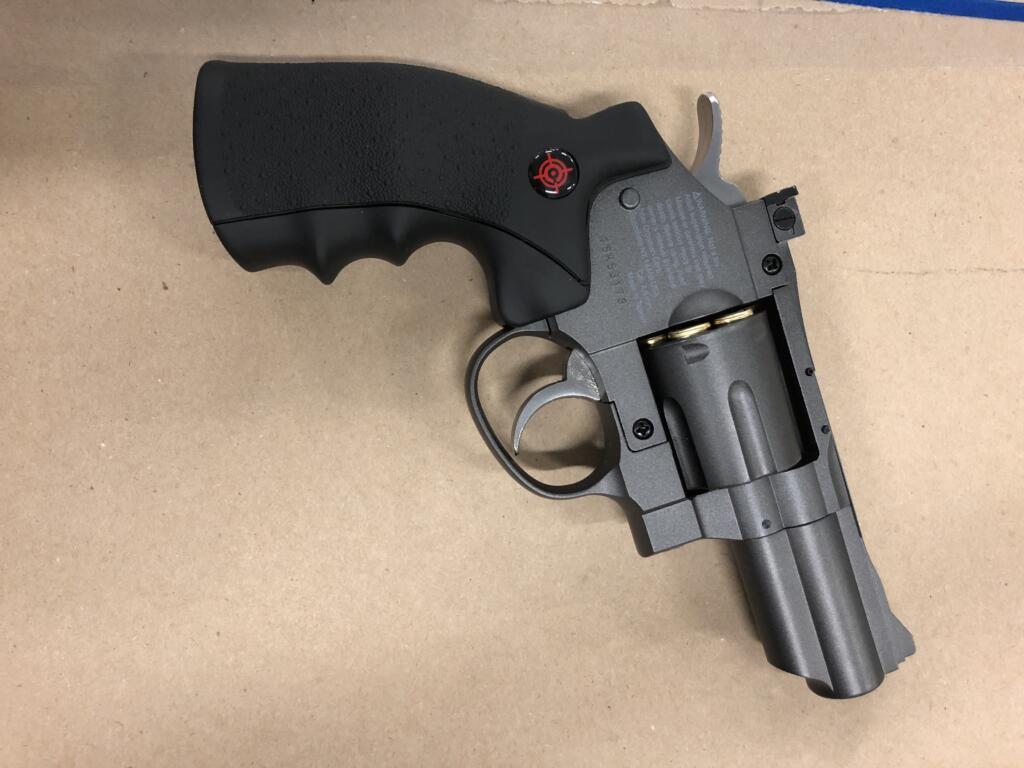 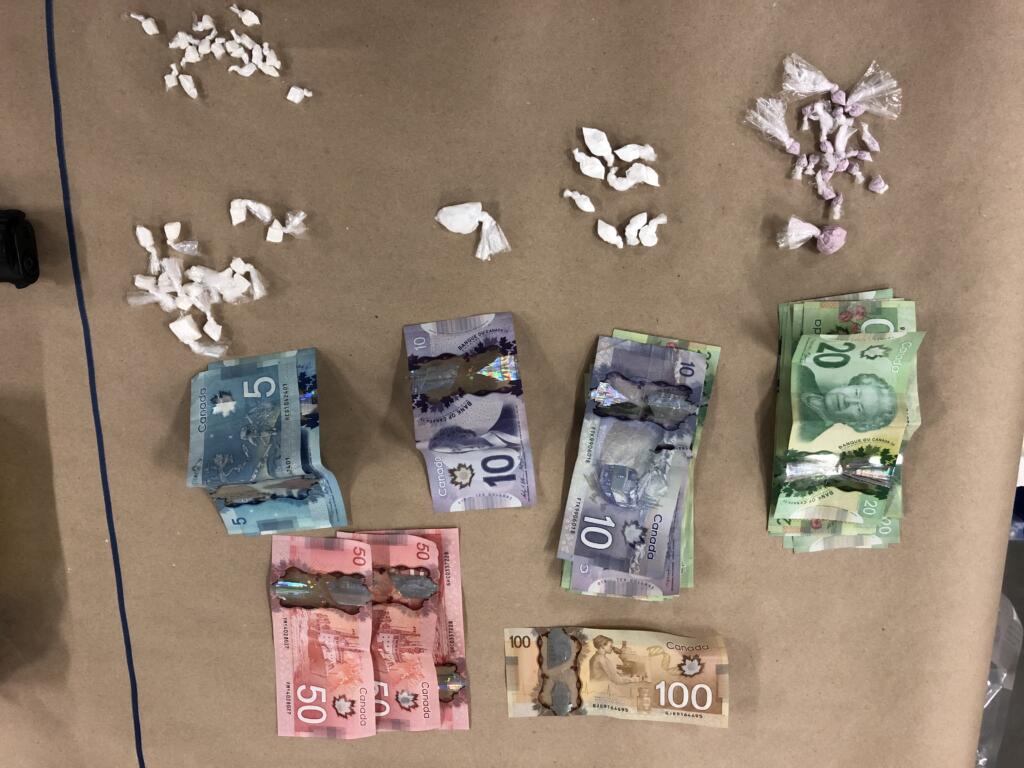 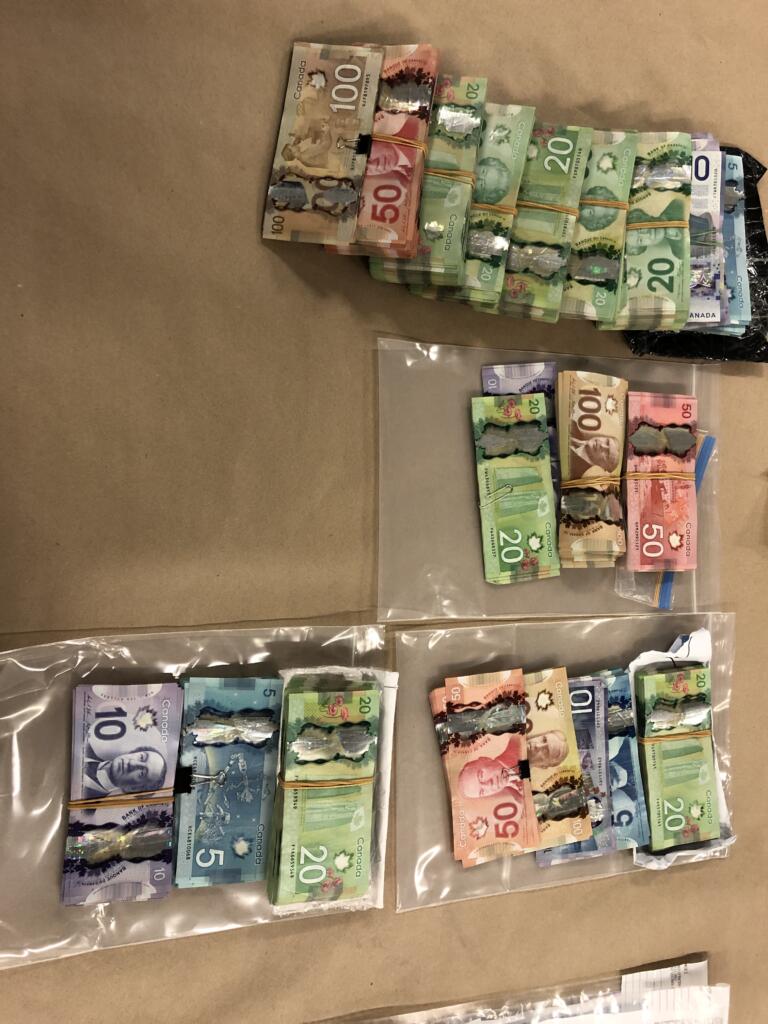 “Providing operational, overt suppression and disruption support of gang violence to Kamloops RCMP is an example of the integral role of our UGET officers in fulfilling the CFSEU-BC mandate and commitment to the communities of BC”, says Sergeant Brenda Winpenny, CFSEU-BC Media Relations Officer. “CFSEU-BC works in collaboration with partner law enforcement Agencies across the Province to dismantle organized criminal groups and their associates who pose the highest risk to public safety in our communities.”

7 hours ago by CFSEU-BC Communications Strategist 32