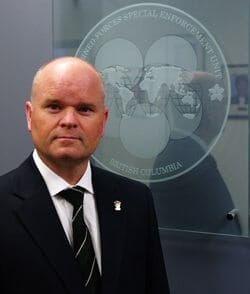 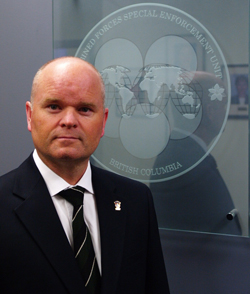 Sergeant Bill Whalen, spokesperson for the Combined Forces Special Enforcement Unit in British Columbia will receive a Minister of Veterans Affairs Commendation in a ceremony on January, 17, 2012, in Richmond at the Delta Airport Hotel.

Sgt. Whalen is being recognized for donating hundreds of volunteer hours over the last 15 years assisting veterans and their families by researching their military history and the circumstances surrounding their service, or deaths in action. Assisting families in Canada, the United Kingdom and the United States, Sgt. Whalen uses his research to create biographies of the servicemen. He then provides that information to the veteran’s families in many forms including the creation of websites, making this invaluable historical material accessible to all family members and the public. 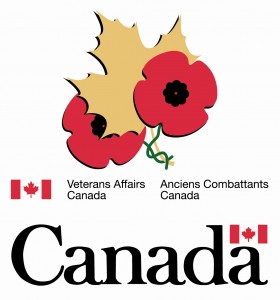 Sgt. Whalen’s interest in the subject was sparked following his own military service in the Canadian Armed Forces, and that of a family member who served in the Second World War.

Sgt. Whalen has also assisted veteran’s families by obtaining medals that were due to the soldiers but were never issued or were lost. He also uses his investigative skills to help veterans locate old comrades and then arrange reunions for them. Two of these families were American, their relatives having been members of the famed Eagle Squadrons. These were Americans who volunteered for the Royal Canadian Air Force prior to the entry of the United States into the Second World War. Both of these flyers were killed in action. Sgt Whalen was able to help guide the families through the halls of the Canadian government to trace the stories behind their loved one’s service.

“I am very honoured to receive the award and hope that it reminds Canadians of the great sacrifices that both soldiers and their families made during Canada’s wars,” Sgt. Whalen said.

CFSEU’s Officer-In-Charge, Superintendent Doug Kiloh said Sgt. Whalen is certainly deserving of the award. “It is gratifying to see our officers at CFSEU are not only committed to enforcing the law, but also committed volunteers who make a real difference in our communities.”

The award was created in 2001, to recognize the outstanding efforts of individuals who keep alive the contributions of Canadian soldiers.

“I encourage all Canadians who have had family members killed in the service of their country to visit Veterans Affairs Canadian Virtual War Memorial where they can find information and upload photos of those who made the ultimate sacrifice,” Sgt. Whalen said.

Sgt. Whalen is available for interviews following the service which is open to the public.