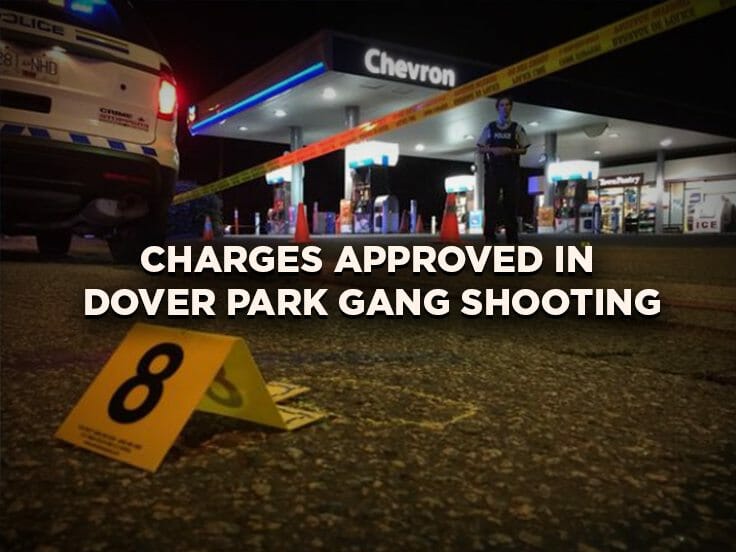 Charges have now been approved against two individuals in connection to a gang-related shooting in Richmond in August 2015.

On the evening of August 21st, 2015, Richmond RCMP were called to the Dover Park area after receiving reports of shots fired. Upon arriving in the area, police discovered a man had been shot and needed immediate medical assistance. The victim is a well-known gang associate and was found at a nearby gas station with multiple gunshot wounds. He was taken to the hospital with non life-threatening injuries.

Upon further investigation into this shooting it was uncovered that the victim went to Dover Park to meet with the alleged suspects. The Combined Forces Special Enforcement Unit of British Columbia (CFSEU-BC) led the investigation into a group of well-known gang associates for conspiracy to commit murder, and was supported by the Richmond RCMP and the Vancouver Police Department. The investigative efforts of these agencies came to a conclusion with charges now approved against two men.

Thomas Duong, a 20-year-old man from Richmond, is charged with one count each of attempted murder while using a restricted firearm and discharging a firearm with intent. Duong is currently in custody for an unrelated matter.

Sahand Askari, a 31-year-old man from Burnaby, is charged with one count each of attempted murder while using a restricted firearm and discharging a firearm with intent. The whereabouts of Askari are currently unknown but he is believed to be outside of Canada.

“These two offenders showed a complete disregard for public safety by discharging a firearm in a populated residential area and have now been charged,” says the CFSEU-BC’s Chief Officer Kevin Hackett. “The combination of a quick response by the Richmond RCMP and a thorough investigation led by the CFSEU-BC was integral in successfully getting charges approved against the two men involved in this shooting. We remain committed to doing everything possible in bringing charges against the most violent gang offenders in the province.”

The CFSEU-BC would like to thank the Richmond RCMP, Burnaby RCMP, and the Vancouver Police Department for their collaboration and assistance on this file.