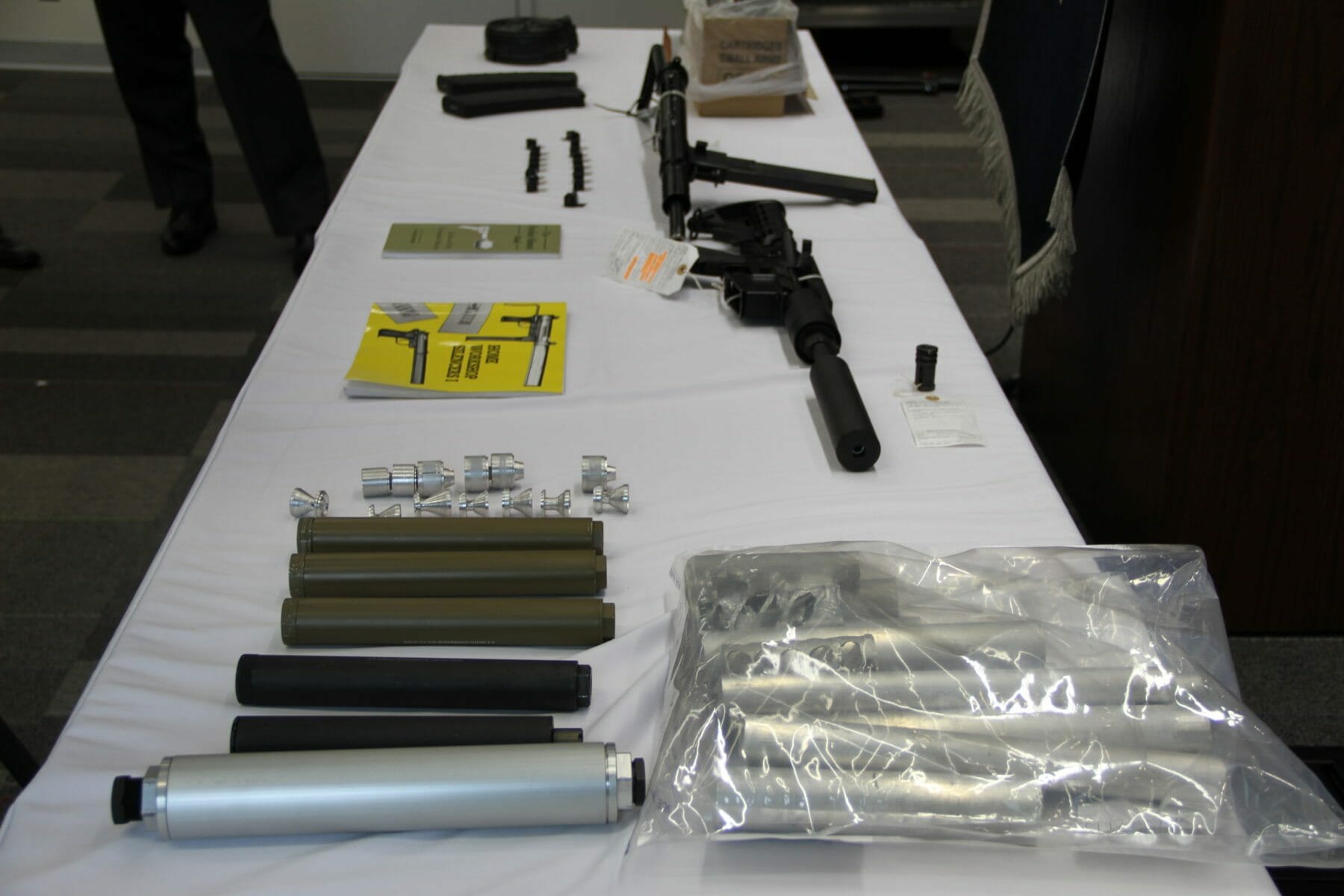 A number of firearms-related charges have been laid against a 37-year-old Langley man following a joint Combined Forces Special Enforcement Unit of B.C. (CFSEU-BC) and United States Bureau of Alcohol, Tobacco, Firearms and Explosives (US ATF) investigation into his alleged criminal activities. In May 2014 the US ATF’s Tucson office approached the CFSEU-BC requesting  assistance on a firearms-related investigation involving a Canadian citizen living in British Columbia. The B.C. man was suspected of selling Glock auto sears and switches, gun parts which convert Glock pistols to fully automatic and silencers via the internet. 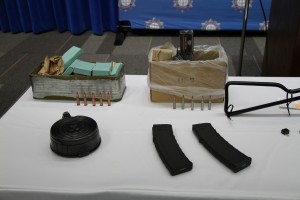 The CFSEU-BC began an investigation that resulted in investigators conducting surveillance on him and his activities. It did not take long before he was observed mailing packages of auto sears and silencers to addresses in Canada, the US, and Australia. They also observed the man visiting a residence in Langley which officers quickly suspected of being a workshop for making silencers and gun parts.

The investigation revealed that the suspect was going camping in Osoyoos on July 16th, 2014. With him out of town, investigators obtained search warrants for his residence in the 21000-block 95A Avenue Langley, his pickup truck, his workshop, his van located at the NK’Mip campground in Osoyoos, and his tent at the campground.

On July 16th, the CFSEU-BC was advised by the United States Attorney in Tucson, Arizona that they had indicted the man on weapons trafficking charges and would be seeking extradition to the United States. 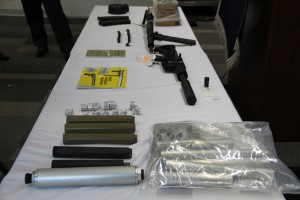 On the morning of July 17th 37-year-old Bradley Michael Friesen was arrested without incident at the campground. Numerous firearms and firearms-related prohibited devices were seized from his van at the campground. Many of the devices found in the van were stashed underneath a booster seat in which Friesen’s five-year old son was seated, as well as at the feet of the child.

The items seized from the van and the tent in Osoyoos included:

The search of his residence resulted in the seizure of:

A search of his nearby workshop, also in the 21000-block of 95A Avenue in Langley, resulted in officers locating the lathe that investigators believe Friesen was allegedly using to manufacture silencers, various firearms parts, and ammunition. A total of approximately 2500 rounds of various calibres of ammunition was also seized from the various locations.

Bradley Friesen has been charged with: 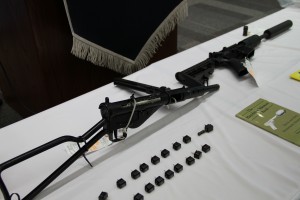 Friesen is currently in custody in Surrey awaiting trial on the Canadian charges and more charges are imminent. Amongst other past convictions for a variety of drug, property, and property-related offences, Friesen has a previous criminal record for an attempted murder with a firearm that took place in Penticton in 2003 and has a lifetime firearms prohibition. He is connected to several mid-level British Columbia crime groups.

“Bradley Friesen is a dangerous offender who is alleged to have showed a complete disregard for the safety of the public, including compromising the safety of his own child by putting him in proximity to firearms and other weapons. As a parent, I find this absolutely appalling,” said Sergeant Lindsey Houghton, of the CFSEU-BC. “The tremendous work done in collaboration with U.S. authorities has resulted in the CFSEU-BC removing this threat to communities in British Columbia and beyond.”

Special Agent in Charge, Thomas Atteberry with the U.S. Bureau of Alcohol, Tobacco, Firearms and Explosives (ATF) stated, “This investigation was initiated by ATF agents in Tucson, Arizona. I would like to recognize the hard work of our Canadian law enforcement partners and the ATF attaché’s office.

The CFSEU-BC would like to thank the United States ATF, the National Weapons Enforcement Support Team (NWEST), the Osoyoos RCMP, and the RCMP’s Lower Mainland District ERT for their assistance on this file. The excellent cooperation between the CFSEU-BC and its partners has resulted in significant charges and seizures greatly enhancing public safety in British Columbia and abroad.

For an audio clip:  Charges Laid Against Alleged Firearms Trafficker