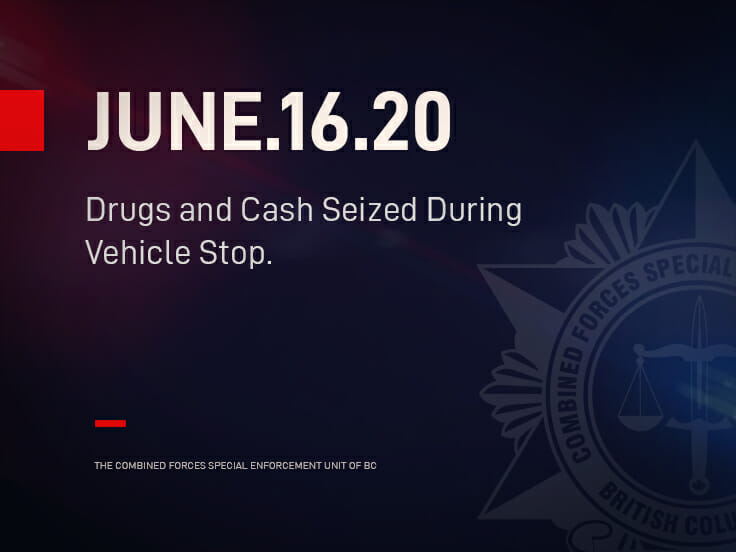 Previous item CFSEU-BC Takes Lead In... Next item One Man Arrested After...

Illegal drugs and cash have been seized after officers from the Combined Forces Special Enforcement Unit – British Columbia (CFSEU-BC) conducted a vehicle stop on the evening of June 12th, 2020.
On the evening of June 12th, CFSEU-BC Uniform Gang Enforcement Team (UGET) members were conducting regular proactive enforcement patrols in Burnaby when their attention was drawn to a black Chevrolet Equinox with two male occupants.

UGET members conducted a vehicle stop and located on the two male occupants and within the vehicle, was approximately $12,000 cash and a quantity of what is believed to be cocaine and Fentanyl. These drugs were packaged in a way that is consistent with drug trafficking.

Both males were arrested and released pending charges.

“Our CFSEU-BC Uniform Gang Enforcement Teams are conducting proactive enforcement daily in our communities across the province and this is another example of UGET officers locating potentially deadly drugs, seizing alleged proceeds of crime and disrupting criminal activity which poses a high risk to public safety,” says Sergeant Brenda Winpenny, Media Relations Officer for CFSEU-BC.