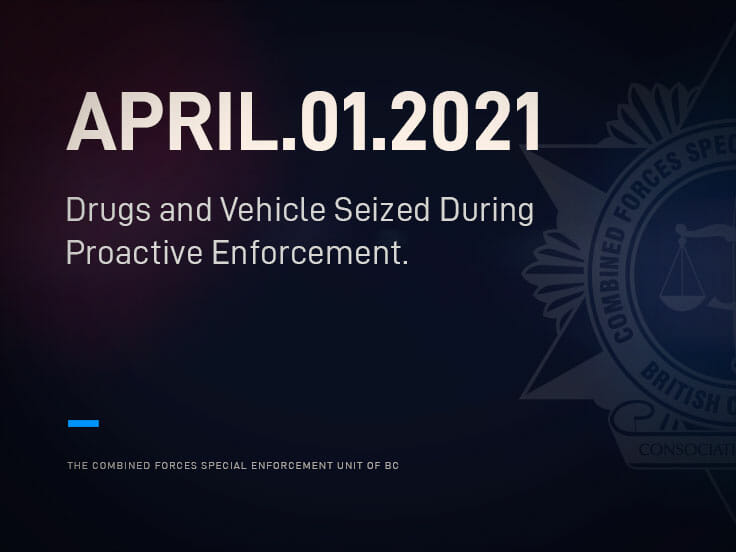 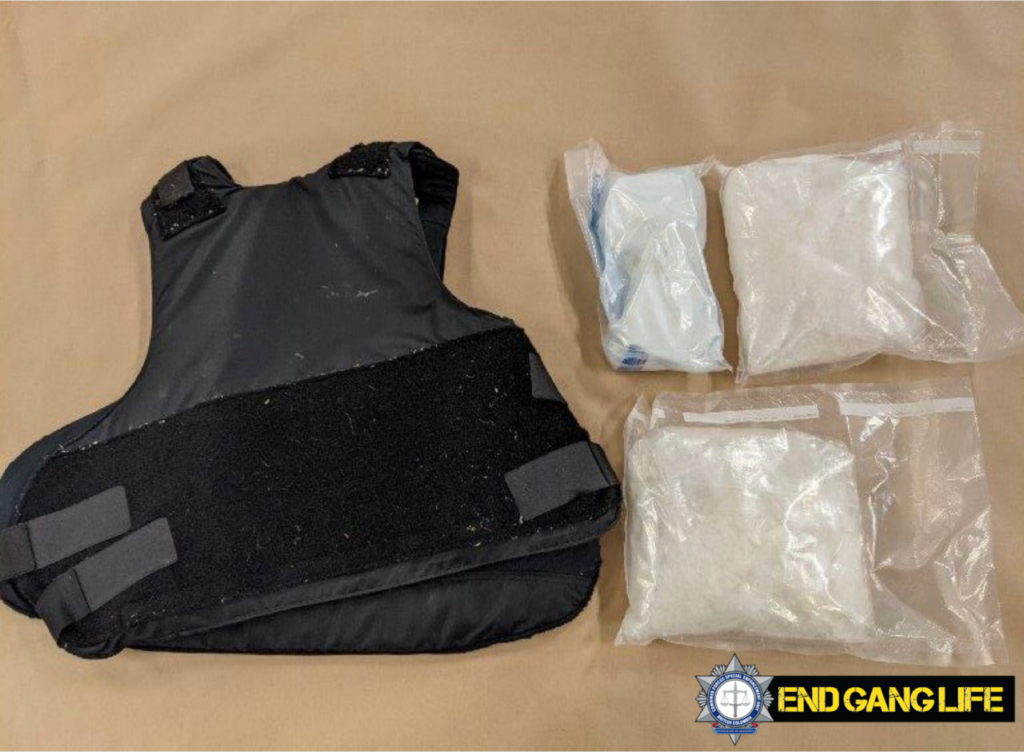 On the afternoon of March 19th, UGET officers were conducting proactive patrols in the city of Maple Ridge when they observed a vehicle parked in a mall parking lot, whose driver and lone occupant, was displaying behavior consistent with drug trafficking.

A vehicle stop was initiated, and due to the actions of the driver, the vehicle was searched for officer safety. Inside the vehicle officers located a cell phone and two black duffel bags.
The first duffel bag contained what appeared to be approximately 2.5 kilograms of crystal meth and half a kilogram of suspected cocaine. In the second duffel bag was a black ballistic vest.

The 24-year-old male occupant was arrested and released pending criminal charges. The cellphone, drugs, ballistic vest, and vehicle were all seized in relation to the investigation.

“Our UGET officers are conducting proactive enforcement daily in our communities across the province – this is another example of UGET officers locating potentially deadly drugs and disrupting criminal activity which poses a high risk to public safety,” says Sergeant Brenda Winpenny, Media Relations Officer for CFSEU-BC.