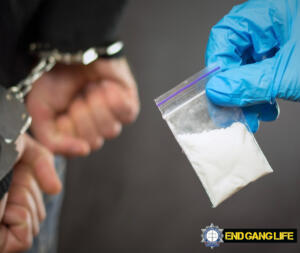 On April 12th, 2021, CFSEU-BC UGET officers were conducting proactive enforcement patrols in Langley when they observed a vehicle in the area of Fraser Hwy and the Langley Bypass. UGET officers recognized the vehicle as being allegedly used in a dial-a-dope operation. While following the vehicle, officers observed odd behavior by the rear passenger that is consistent with attempting to conceal something. A vehicle stop was conducted and UGET officers recognized the rear passenger. Due to previous knowledge and circumstances observed by officers on this occasion, the 24-year-old male was arrested for Possession for the Purpose of Trafficking and taken to Langley Memorial Hospital for his safety, as officers were concerned he had concealed drugs in a body cavity. As a result, officers seized a bag of approximately 50 grams of suspected fentanyl, $483.00 in cash, a cell phone and the vehicle. This incident is still under investigation.

On April 15th, 2021, UGET officers were conducting proactive enforcement in Surrey when they observed a vehicle whose occupants were behaving in a manner that drew the attention of the officers. A vehicle stop was initiated in the area of 133A St and 108th Ave, at which time the officers observed the male passenger frantically moving around in a manner consistent with concealing items and the female driver was seen throwing a glass jar out the window. Officers retrieved the glass jar, which is believed to contain 6 grams of fentanyl and 13.2 grams of methamphetamine. Both the 48-year-old male passenger and 30-year-old female driver were arrested for Possession for the Purpose of Trafficking. The passenger was found in possession of one small baggie containing 1.2 grams of methamphetamine that he had concealed in his underwear. All items were seized and the investigation is ongoing.

On April 22nd, 2021, UGET officers were in Abbotsford conducting proactive enforcement patrols where they located a stolen vehicle that had recently fled from Abbotsford Police. UGET officers were able to communicate the location of the vehicle to the RCMP (Air 1) helicopter which followed the vehicle until officers were able to safely set up and deploy a spike belt to disable the vehicle. Air 1 continue to observe the vehicle until it was dumped in the area of Langley and the occupant fled on foot. The Lower Mainland District Police Dog Service (LMDPDS) successfully tracked and located the vehicle occupant taking him into custody. The 42-year-old male was taken to hospital where he received treatment for his injuries and released on court documents to appear in court at a later date.

On April 24th, 2021, UGET officers were in Langley conducting proactive enforcement where they conducted a vehicle stop of a vehicle in the area of 199A St and 53rd Ave. A 48-year-old male was arrested for Possession of a Prohibited Weapon and Possession for the Purpose of Trafficking. Items seized included conducted energy weapons (CEW’s), knives, brass knuckles, a digital scale and a bag containing individual wrapped drugs. The bag contained what is believed to be 24 grams of marijuana, 10 grams of psilocybin mushrooms, 36 grams of methamphetamine, 21 grams of fentanyl and 2 pill bottles full of unknow prescription medication. Police also seized the vehicle.

“The Uniform Gang Enforcement Team represents the overt, tactical, and specialized uniform presence of CFSEU-BC,” says Sergeant Brenda Winpenny, CFSEU-BC Media Relations Officer. “These officers work proactively in communities across the province and have direct contact with individuals involved in organized crime and those who pose the greatest risk to public safety. These highlighted efforts from the past two weeks are examples of the work that UGET does every day to disrupt criminal activities and remove potentially deadly drugs and weapons from our streets.”

**UPDATED** Male Turns Himself in After Warrant Issued for His Arrest

A male wanted on an arrest warrant after charges were laid in a Combined Forces Special Enforcement Unit of B.C. (CFSEU-BC) investigation has turned himself in to authorities. In July 2020, CFSEU-BC began an investigation into the alleged drug...