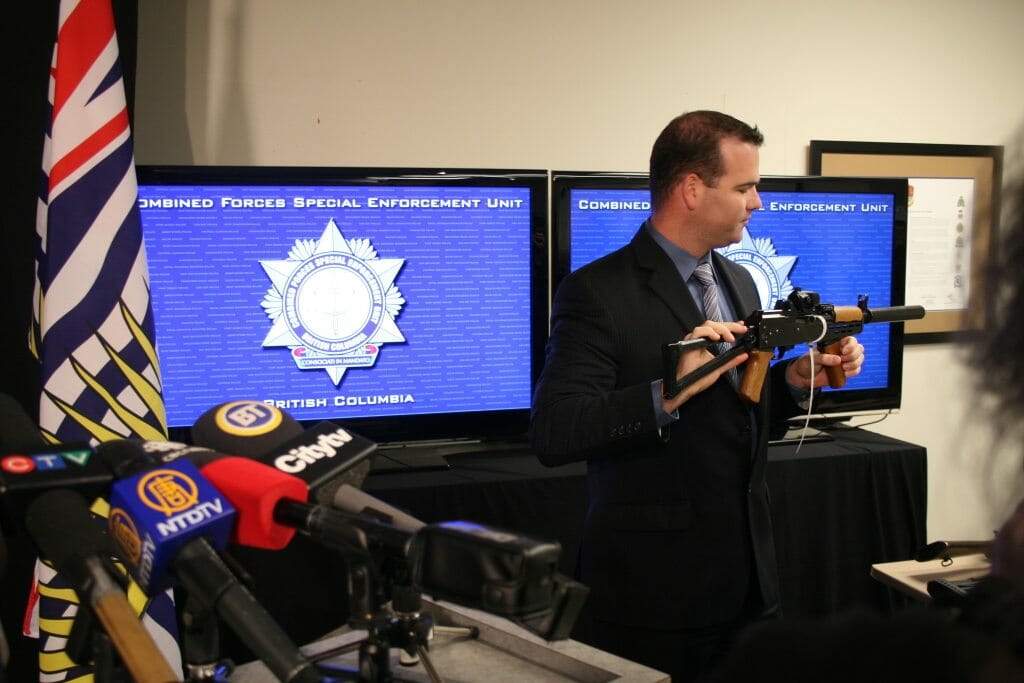 Charges have been laid in an international gun trafficking investigation by the Combined Forces Special Enforcement Unit of British Columbia (CFSEU-BC). 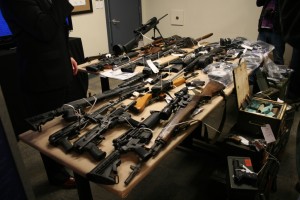 The charges follow a 10-month undercover investigation that spanned Florida, Montana and Louisiana, as well as several communities here in British Columbia including the Lower Mainland, Vernon, Penticton, Summerland and Sparwood.

The allegations involve the purchase of devices that turned firearms into automatic pistols and rifles. Some of the guns were re-engineered from decommissioned weapons and investigators came across magazines that were meant to be five or 10 rounds that had been increased in capacity to 75 rounds. 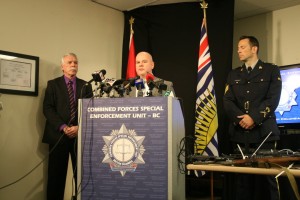 Approximately, 80 firearms, over-capacity magazines and thousands of rounds of ammunition were recovered during the investigation. Some of those weapons had a street value of $4,500 and in all likelihood would have made their way to gang members.

“Gang violence starts with ready access to weapons,” says CFSEU-BC Chief Officer Dan Malo. “Depending on the type of ammunition used, the rounds for these kinds of firearms are capable of passing through vehicles, doors, walls and even body armour. That is an unacceptable risk to the public and the police.” 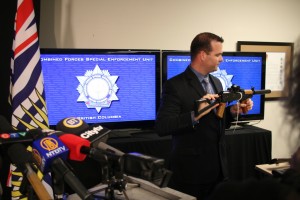 Some of the weapons seized included the Tech 9 and a number of AK-type assault rifles. “In the hands of untrained individuals, guns like the ones seized are highly uncontrollable and there is a significant risk for collateral damage should they be used,” says Inspector Jim Cunningham with the RCMP’s National Weapons Enforcement Support Team (NWEST), who assisted CFSEU – BC in the investigation.

Simultaneous warrants were executed by the Bureau of Alcohol, Tobacco, Firearms and Explosives (ATF) in Pace, Florida. An additional 10 firearms were seized by American authorities.

Four Canadian men and one American woman are facing numerous gun charges. To date, 32-year-old Riley Stewart KOTZ, of Vernon, is facing 34 counts with further charges anticipated against him and the remaining individuals arrested during the investigation.

ATF Country Attaché William Temple states: “This investigation is just another example of the effort made between Canadian and U.S. law enforcement to collaborate and share information and work in a cohesive, targeted approach to stem the flow of illegal firearms in both countries.”

Chief Malo also praises the collaborative effort of law enforcement agencies in Canada throughout the investigation including the RCMP, the Integrated Border Integrity Team, Canada Border Services Agency and NWEST, and he acknowledges the invaluable assistance of the Bureau of Alcohol, Tobacco, Firearms and Explosives (ATF), and the Department of Homeland Security (DHS). The investigation continues.

“The success of this investigation and removal of these guns and ammunition from the hands of those who commit violence in our communities’ means that British Columbians are safer,” says Chief Malo.