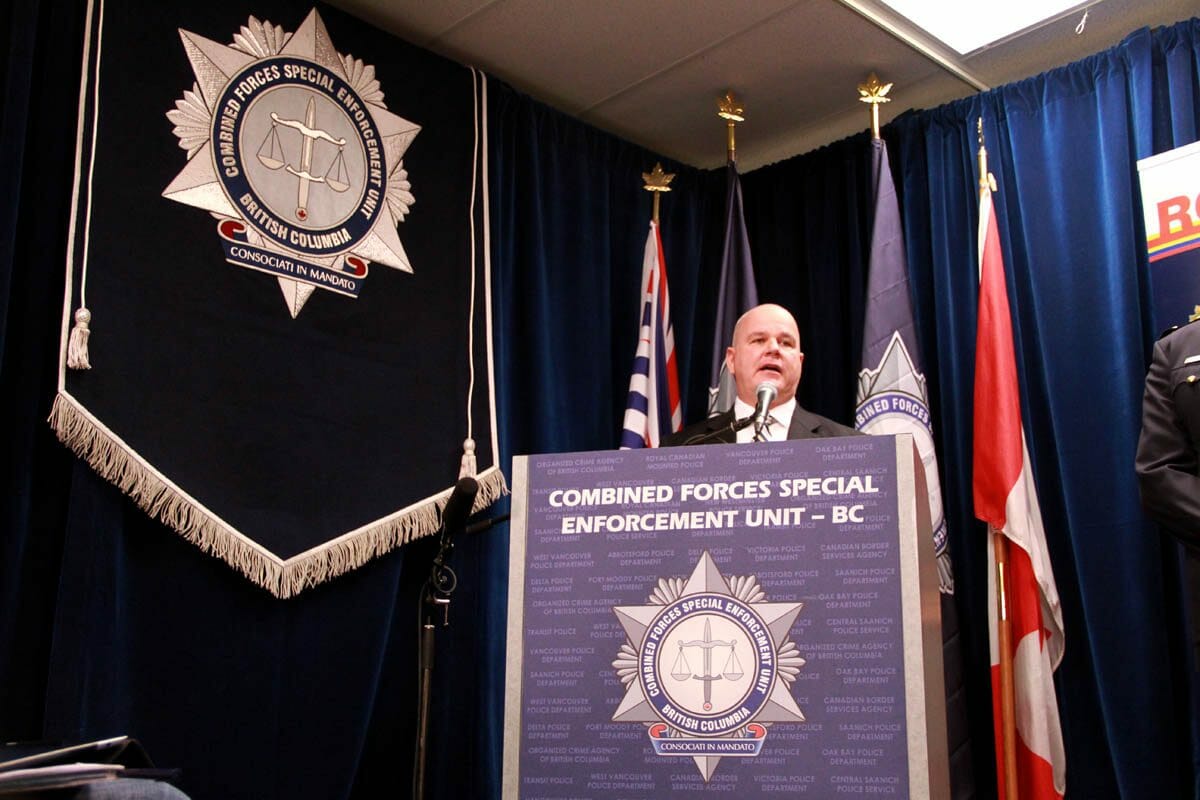 Charges have been laid following an 18-month investigation into the homicide of Red Scorpions’ gang member Jonathan Bacon. 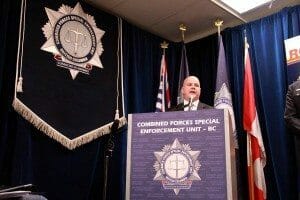 On August 14, 2011, Mr. Bacon along with four associates, Larry Amero, James Riach, Lyndsey Black, and Leah Hadden-Watts were the subjects of a targeted shooting at the Delta Grand Hotel and Resort in Kelowna, B.C.

The investigation, led by the Combined Forces Special Enforcement Unit of British Columbia (CFSEU-BC) and in partnership with the Kelowna RCMP, came to a conclusion with the arrests of three men on Friday, February 22, 2013. Simultaneous to the arrests, 100 police officers and law enforcement personnel also executed six search warrants in Vancouver, North Vancouver, Surrey, Kelowna and Toronto.

“The successful conclusion of this investigation was a perfect storm of cooperation, commitment and support by many law enforcement agencies and members of the public who took an interest in the communities in which they live and greatly assisted us with our investigation,” said CFSEU-BC Chief Officer Dan Malo. “The arrests and charges of these individuals is an important accomplishment that will go far to enhance public safety in the province of British Columbia,” he added.

Three men are now charged with the First Degree murder of Jonathan Bacon. They also face four counts each of attempted murder. 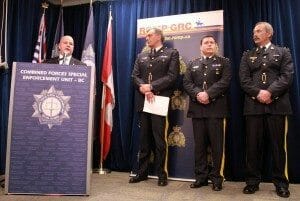 “CFSEU-BC has worked tirelessly on this investigation to reach today’s outcome. It is essential that we continue to support the work CFSEU-BC is doing to remove guns and gangs from the streets of our province. The charges send a strong message that we won’t tolerate these crimes in B.C. and that we will continue to pursue the gangs until the violence stops,” said Shirley Bond, Minister of Justice and Attorney General.

“This is an important day for public safety in British Columbia,” added Assistant Commissioner Wayne Rideout Officer-In-Charge of Investigative Services and Organized Crime for the British Columbia RCMP.

“E-Nitrogen was a high-priority case for law enforcement and for the citizens of British Columbia. Numerous resources from CFSEU-BC, the RCMP, municipal police departments and government agencies were dedicated to this critical public safety project,” A/Comm Rideout adds. 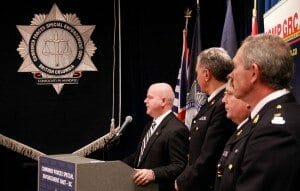 All of the arrests were conducted without incident. The three accused are remanded in custody.