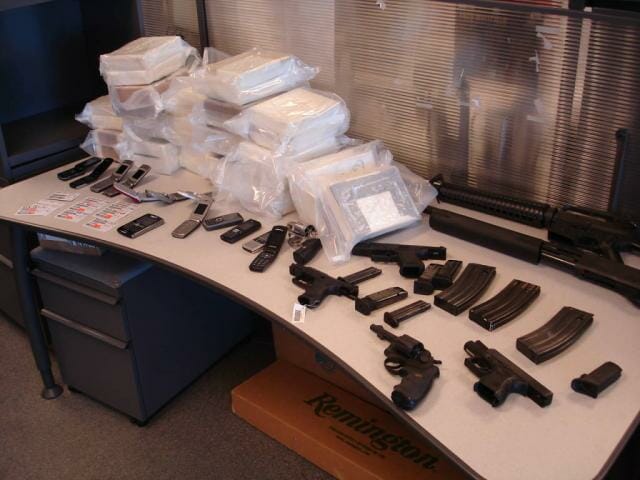 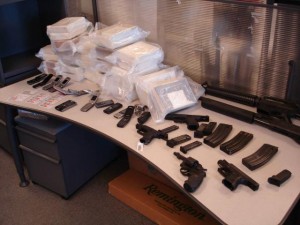 CFSEU-BC announced today that an international investigation has successfully stopped and disrupted several inter-related organized crime groups from smuggling, transporting, producing and distributing illegal drugs to communities in Canada and across the world.

Since October 2006, the investigation has uncovered organized crime groups responsible for: 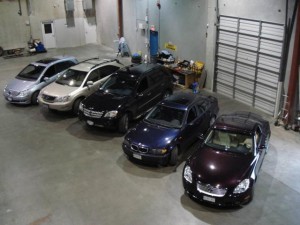 Some of these crime groups, through a complex and covert system, dispatched complicit truckers, who received the cocaine from Los Angeles based crime groups and transported it across the Canadian border. We believe over a period of time, thousands of Kilograms of cocaine have been imported into Canada and distributed in Vancouver and the Greater Toronto area by these groups. 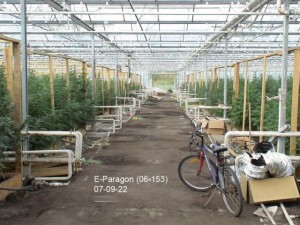 One of the sophisticated Vancouver based importers was responsible for a large operation distributing cocaine and chemical precursors in the Greater Toronto Area. As a result of their business, sometimes as often as 3 times a week, couriers transported money back to Vancouver on commercial flights. Over a 3 month period we counted approximately $4.6 Million cash. 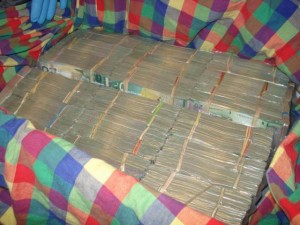 That same Vancouver group imported and trafficked in precursor chemicals used to support a local network of clandestine drug labs that produced ecstacy and Methamphetamine. The group then operated a wholesale distribution network both locally and within the Pacific Rim. To facilitate the distribution they specifically constructed boxes and suitcases with hidden compartments to avoid customs detection. The boxes and suitcases were lined with large quantities of illegal drugs and were carried by couriers or shipped in commercial containers to associated criminal groups. The destinations for the boxes and suitcases included Australia, New Zealand, Taiwan and Japan. To support their business investigators identified a complicated network of bank accounts created to move the money (profit) from Asia and into Canada. 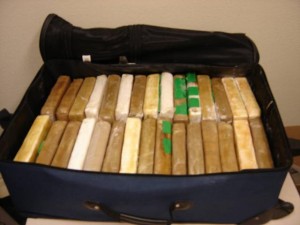 An impressive command and control system existed, which was exercised from Vancouver over a large criminal enterprise. Members of the criminal organization were able to profit from crimes taking place across North America as well as in Asia and Australia. To effect that command and control numerous obstacles had to be overcome. 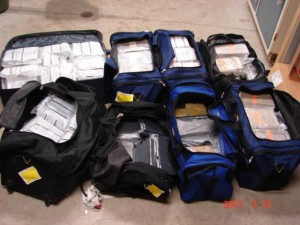 As the groups were comprised of members from many cultural groups working together for criminal benefit and in an attempt to avoid detection the suspects used elaborate codes passed through associates who spoke English, Cantonese, Mandarin, Punjabi, Hindi and Vietnamese. Despite language barriers and law enforcement avoidance tactics we were able to define a criminal hierarchy and responsibilities within that hierarchy. 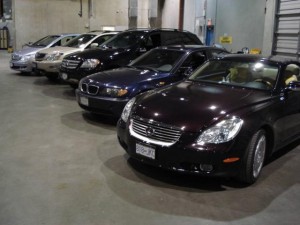 During the collection of evidence Canadian investigators worked with the US DEA which led to the identification of Organized Crime members in California and the seizure of cocaine and weapons there. We also worked with the Australian Federal Police to make drug seizures in Australia of Canadian produced Methamphetamine and Ecstasy.

Investigators executed over 40 search warrants on homes, apartments, businesses and vehicles to dismantle these criminal groups. Thus far 36 persons have been charged in Canada, the United States and Australia for various drug, weapons and Proceeds of Crime related offenses. We anticipate that over 100 persons will be indicted worldwide.

The suspects who have been charged to date are believed to be responsible for controlling the sophisticated transportation networks, producing, importing and exporting illegal commodities in Canada and across the world.