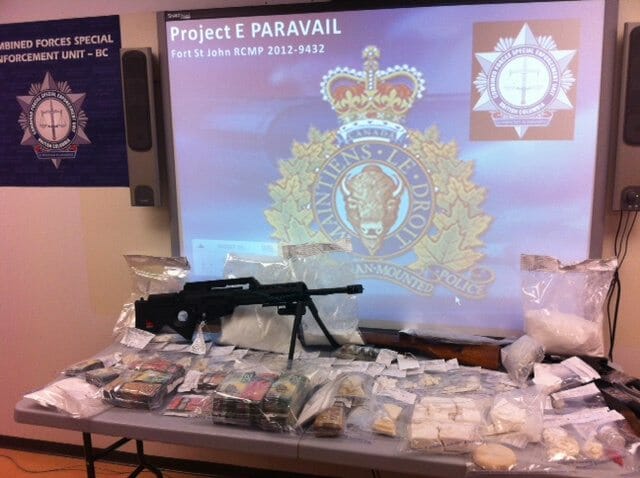 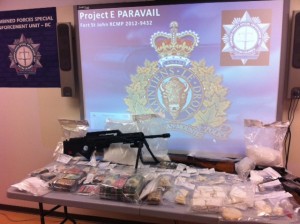 On October 26th at 2:25 pm, after a two month investigation, search warrants were executed simultaneously at five residences in the Fort St. John area. All five locations were secured by police and six adults were arrested and taken into custody without incident. One of the adults was subsequently released the following day on documents to appear in court on a future date. The other five remain in custody in Fort St. John and will be appearing before a judge today. The RCMP will be requesting that charges be approved on over 30 offences including drug trafficking offences, Possession of Stolen Property Over $5,000 and weapons offences. A sixth search warrant was executed on Saturday, October 27th.

The RCMP spent two days searching the residences and in addition to the illegal drugs they seized large quantities of cash.

The investigation is on-going.

7 hours ago by CFSEU-BC Communications Strategist 35