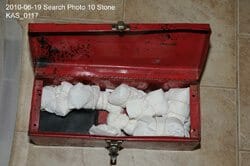 Previous item Arrests made in a series... Next item Guns Seized After... 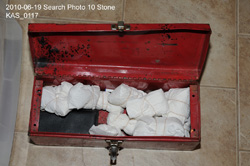 An investigation that targeted a drug trafficking network in the Comox Valley and the City of Nanaimo with links to gangs and organized crime, has been concluded by the Combined Forces Special Enforcement Unit – British Columbia and the Comox Valley RCMP Drug Section.

Twenty charges have been laid against three men, including trafficking in heroin and cocaine as a result of this joint CFSEU Vancouver Island and RCMP investigation.

Charges have now been laid against Gregory Matthew Allen, 34, and 40-year-old, Joseph Donald Davidson. A third man is currently being sought by police.

“CFSEU not only serves major cities, but we also enter into partnerships that support smaller communities that are negatively impacted by organized crime groups,” says CFSEU Superintendent Pat Fogarty who is responsible for organized crime investigations within the unit. “These partnerships happen all over the province and they are working extremely well.”