A Call to Action to End Gang Life in British Columbia

Insight into the lives of real people affected
by gang violence.

End Gang Life is a comprehensive gang education, prevention, and
awareness initiative that uses bold, emotional, and visually impactful
images and messages to:

The program material complements other CFSEU-BC engagement initiatives
and supports other government and police gang prevention and
awareness initiatives. 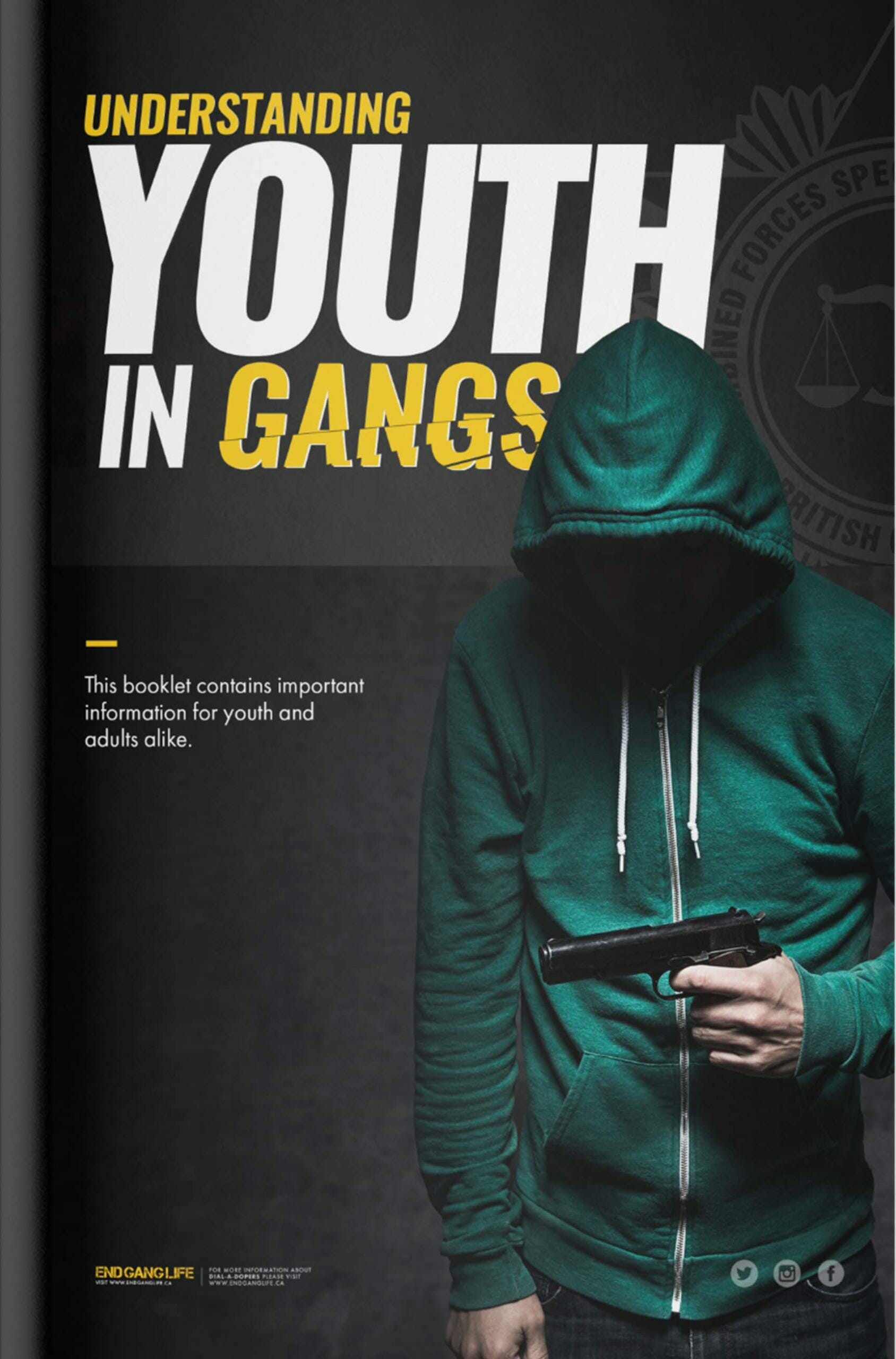 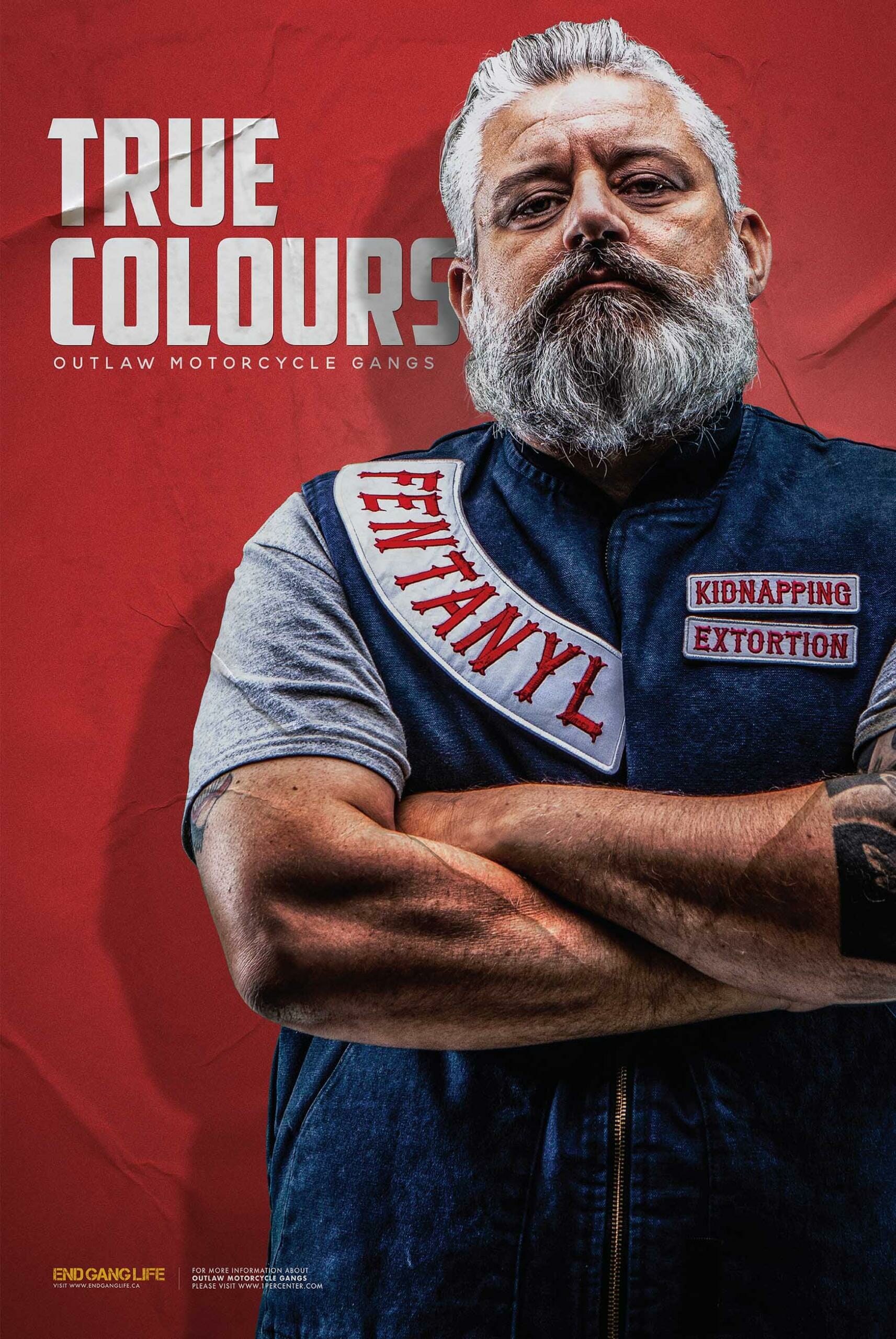 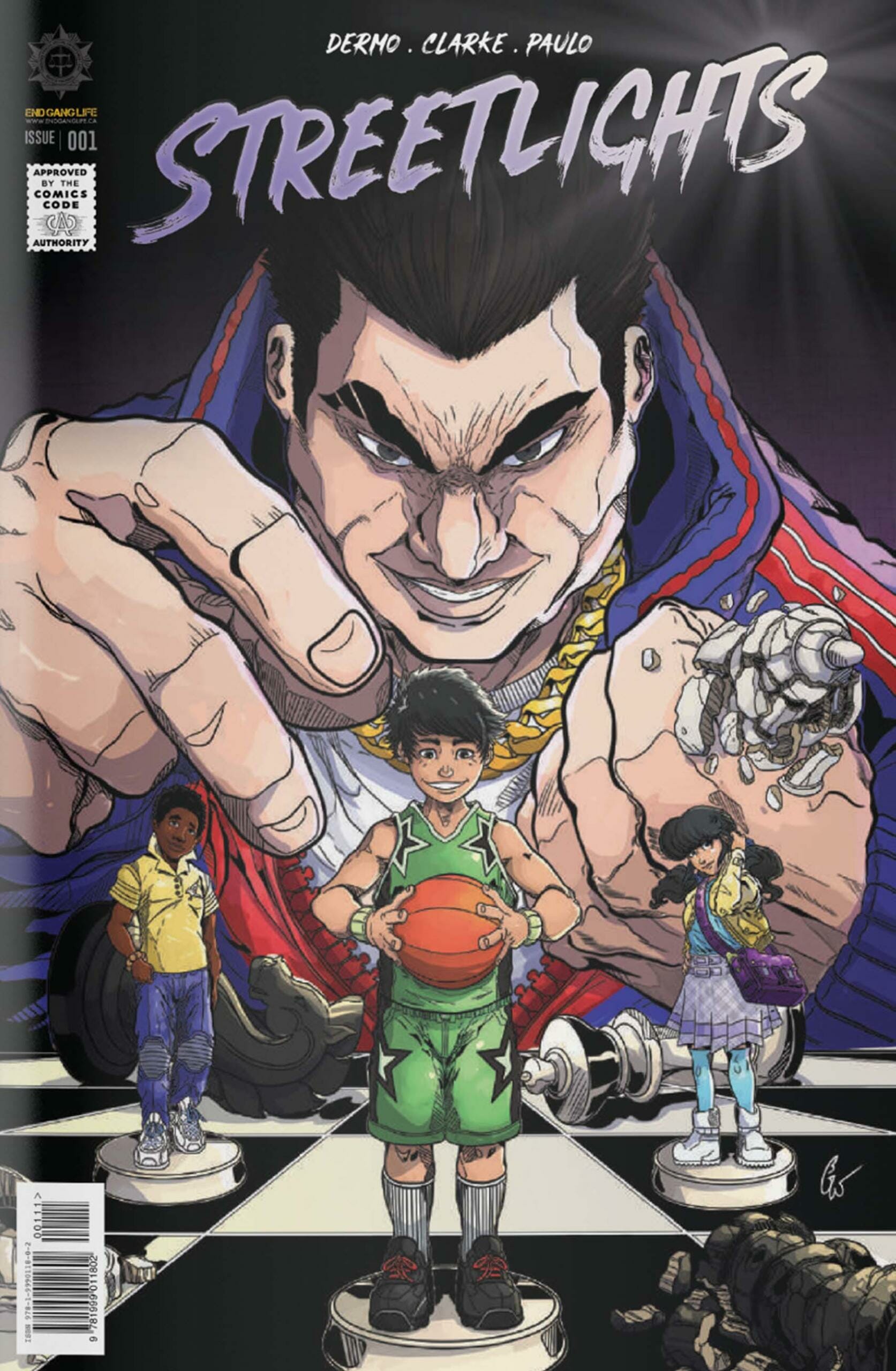 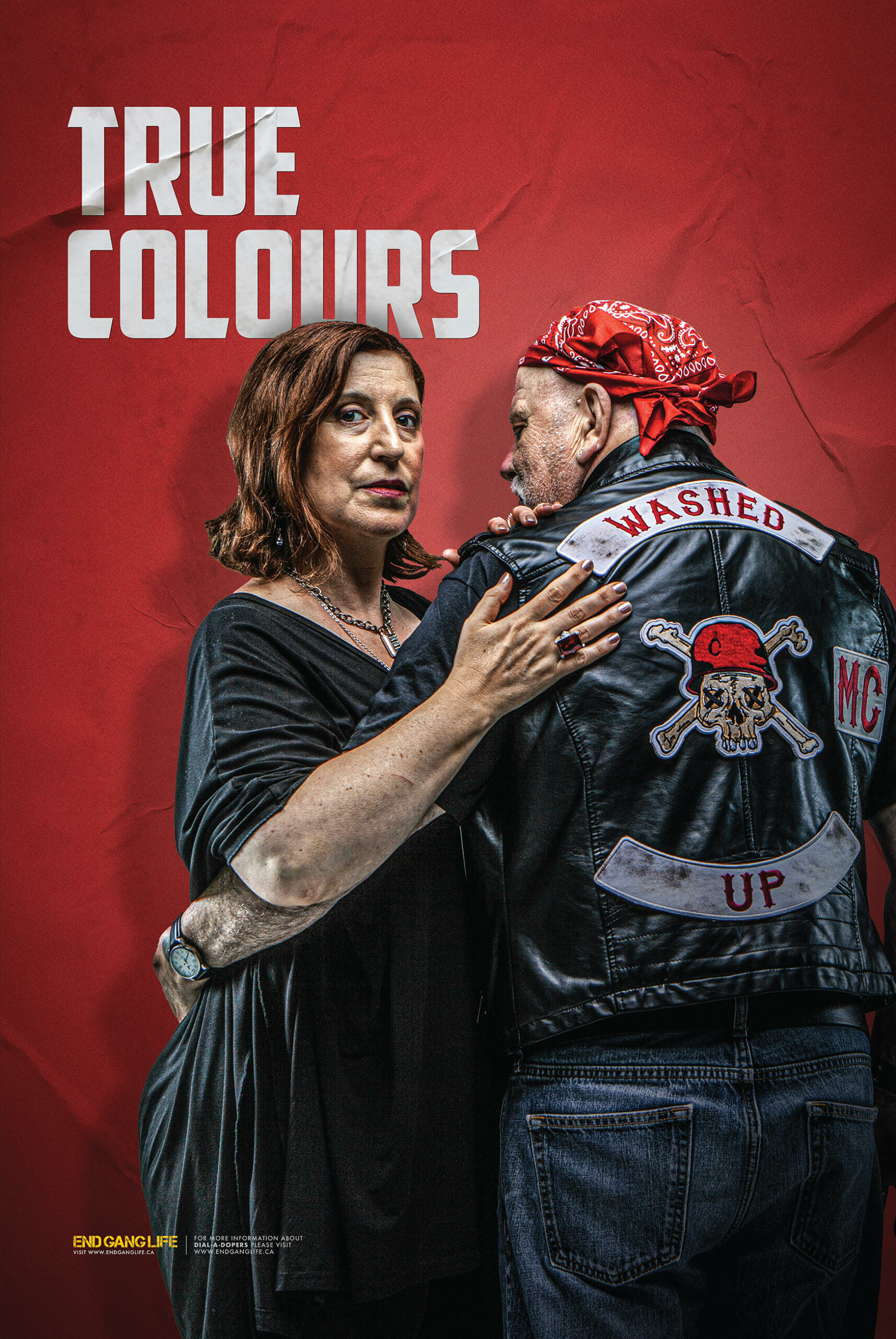 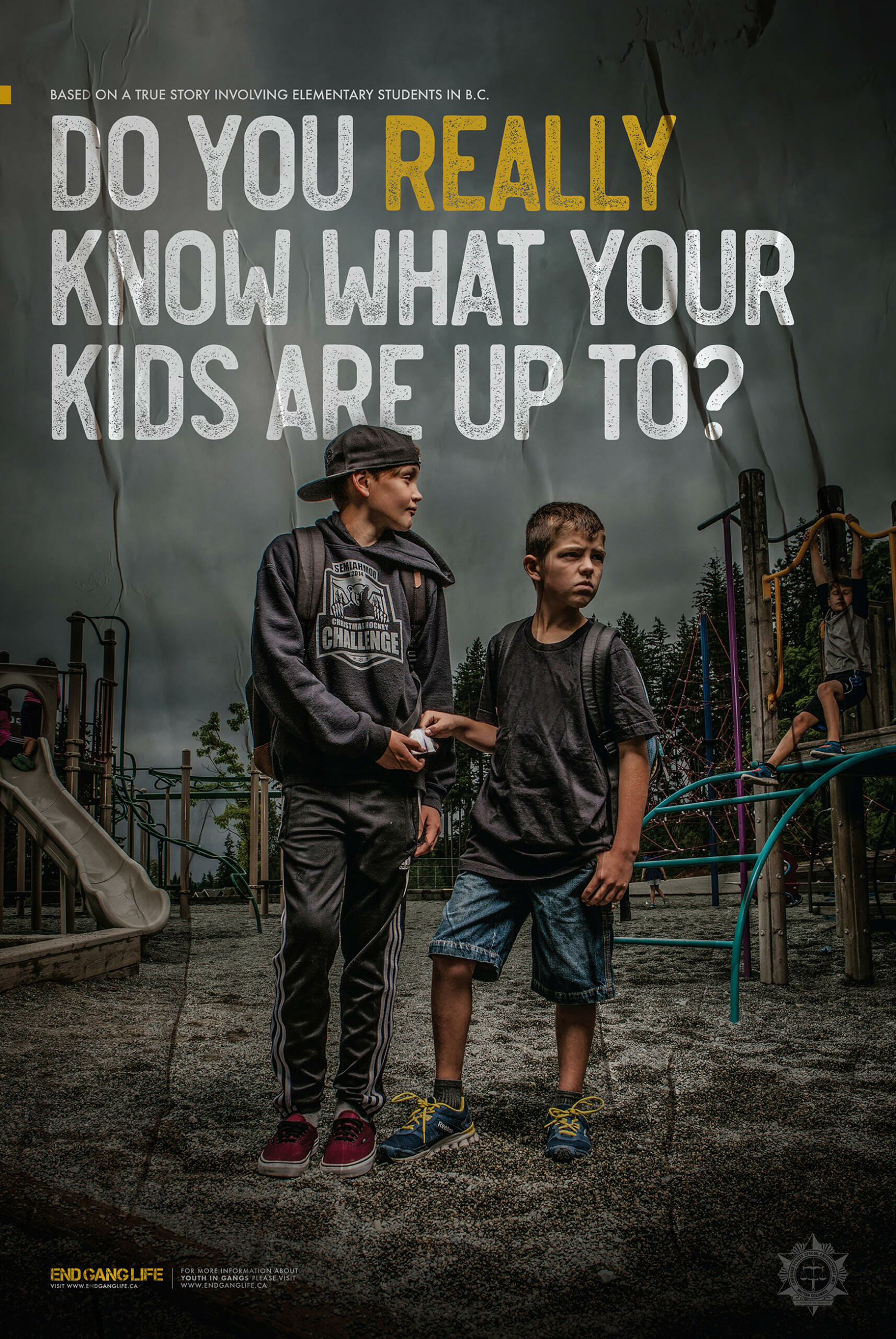 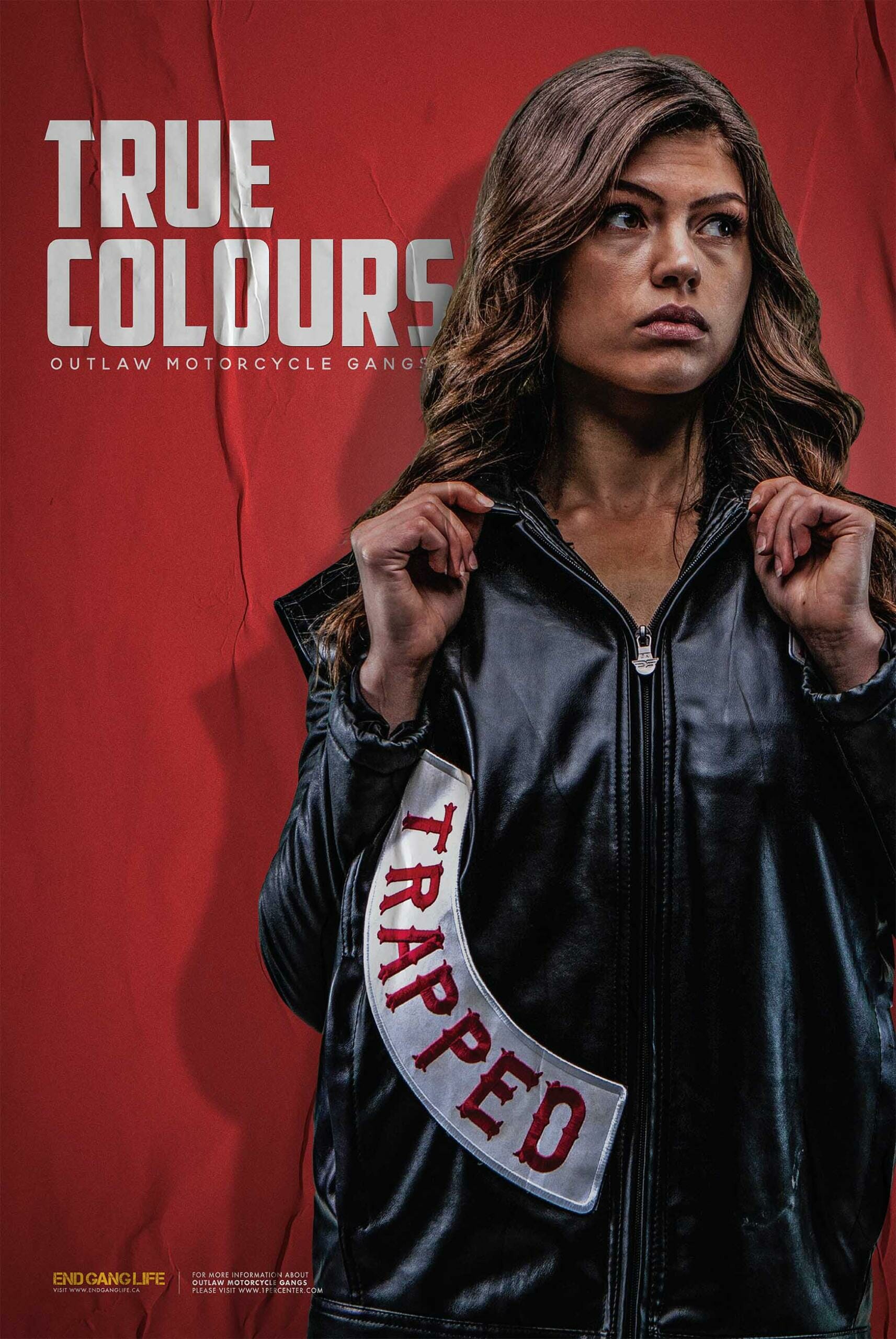 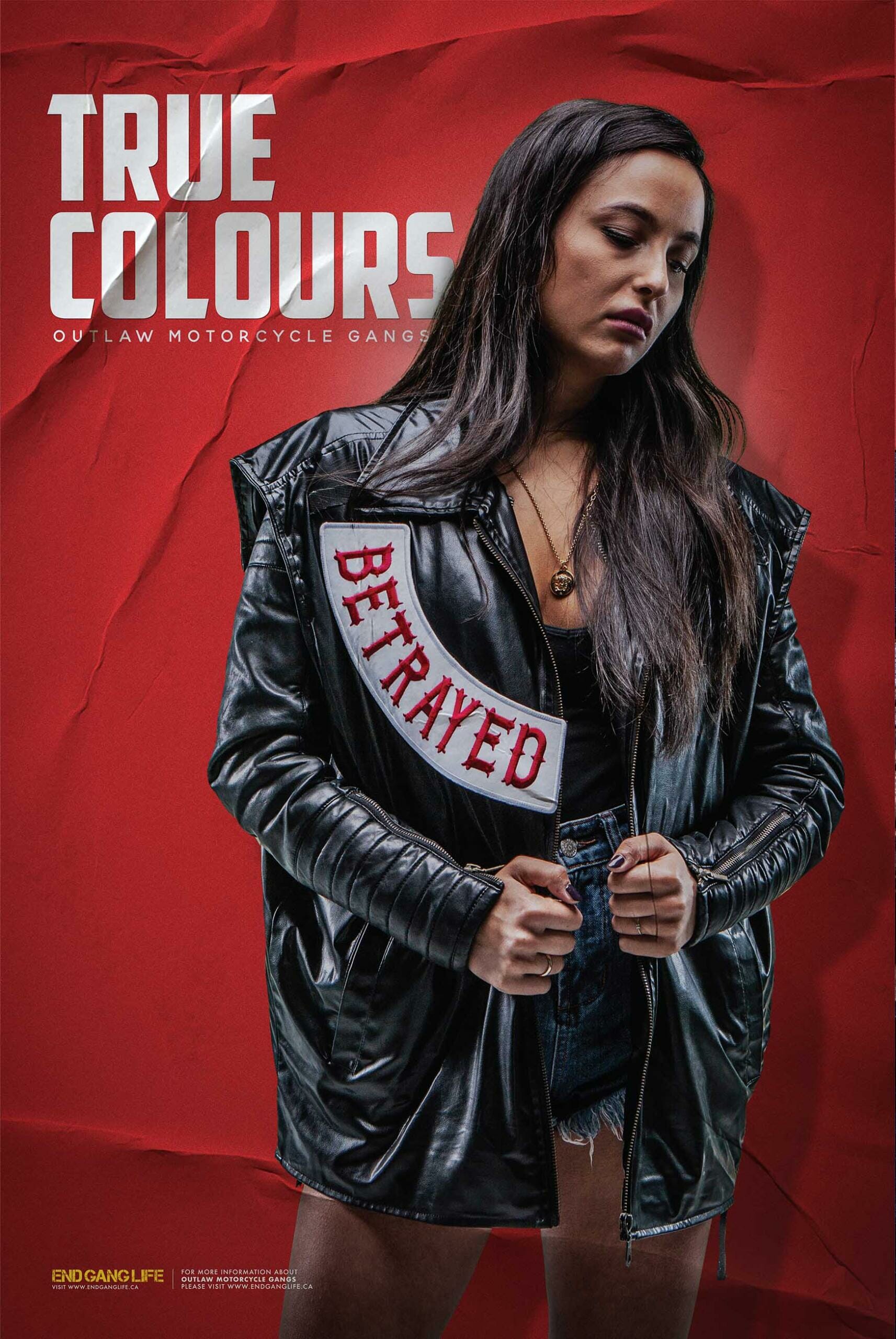 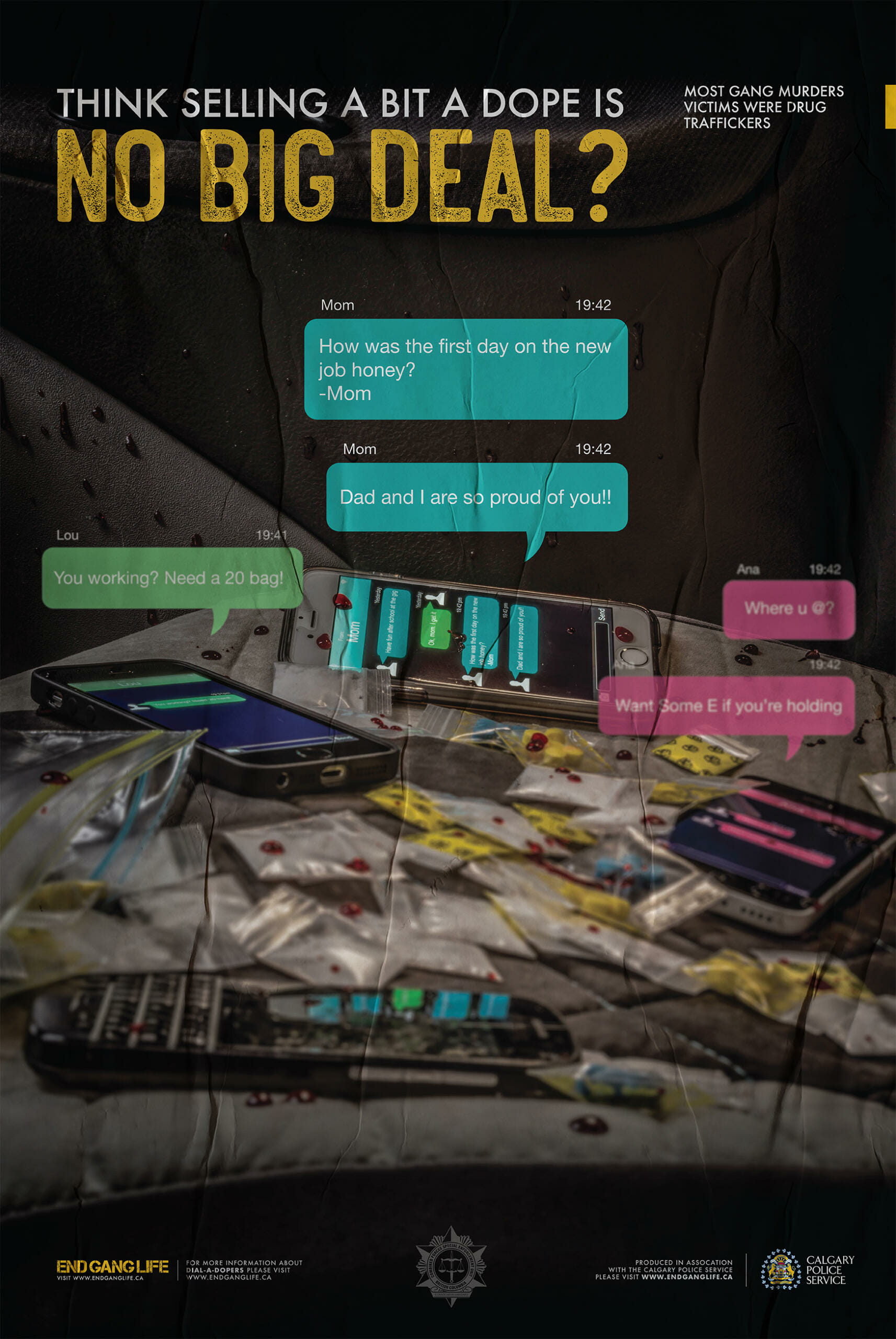 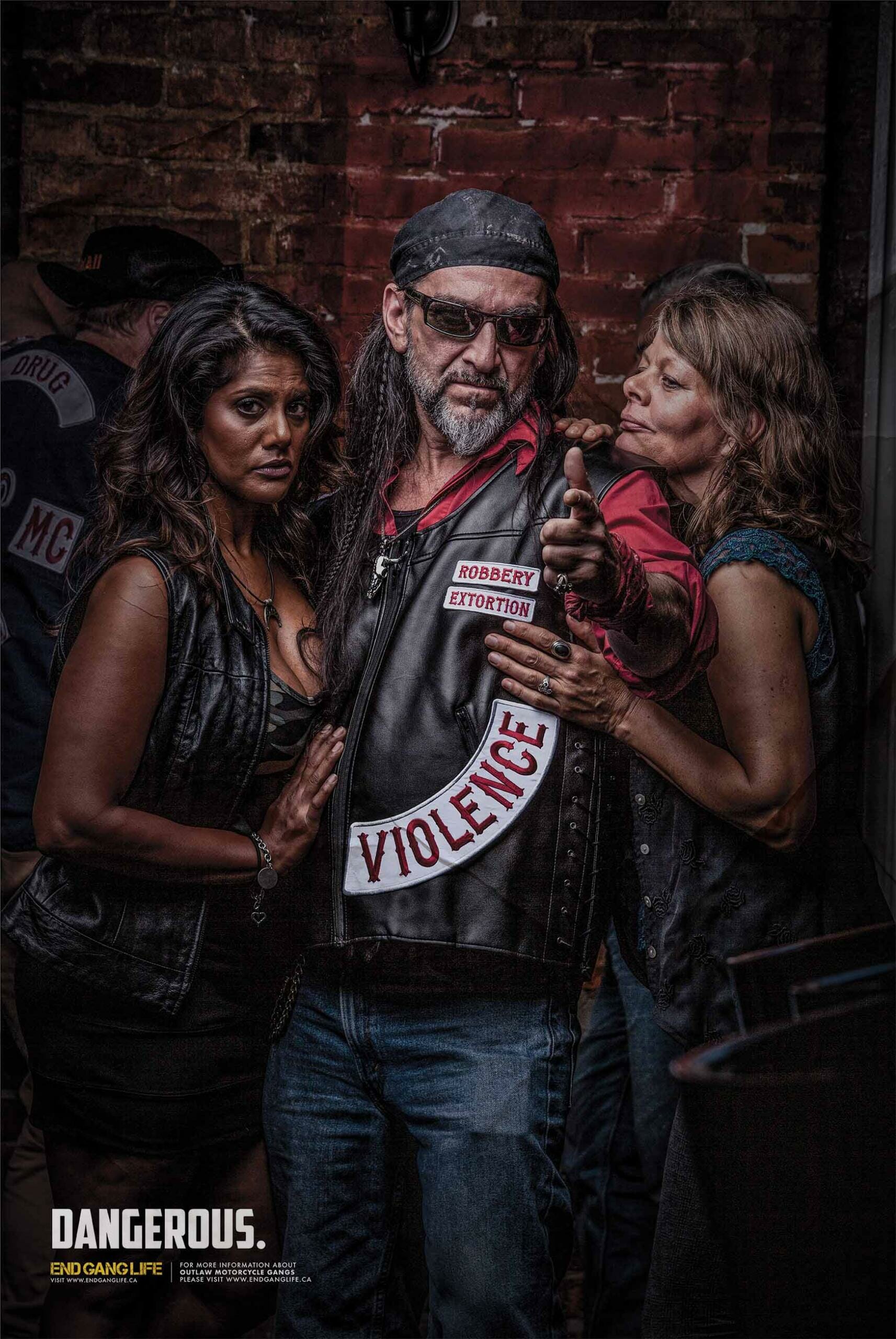 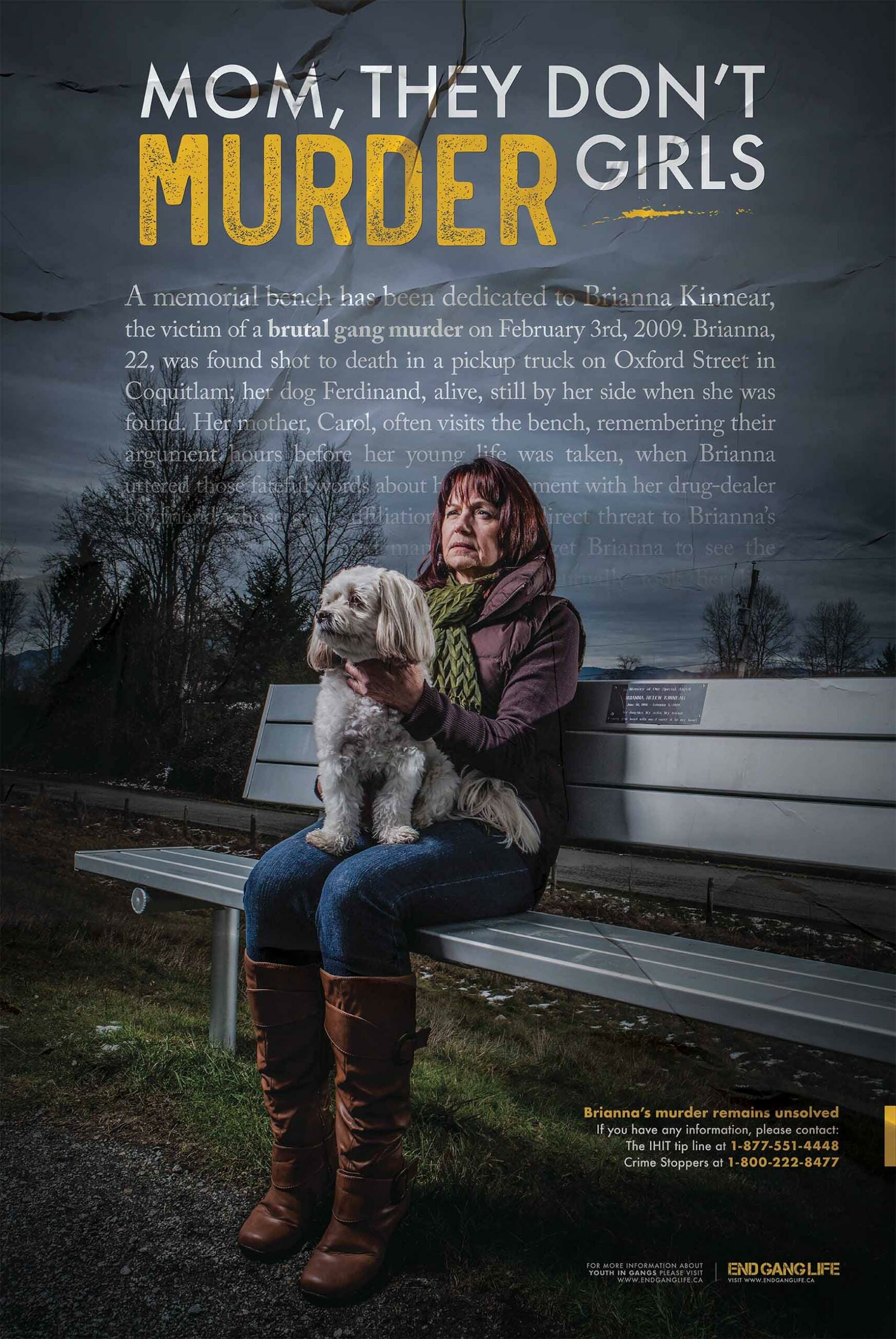 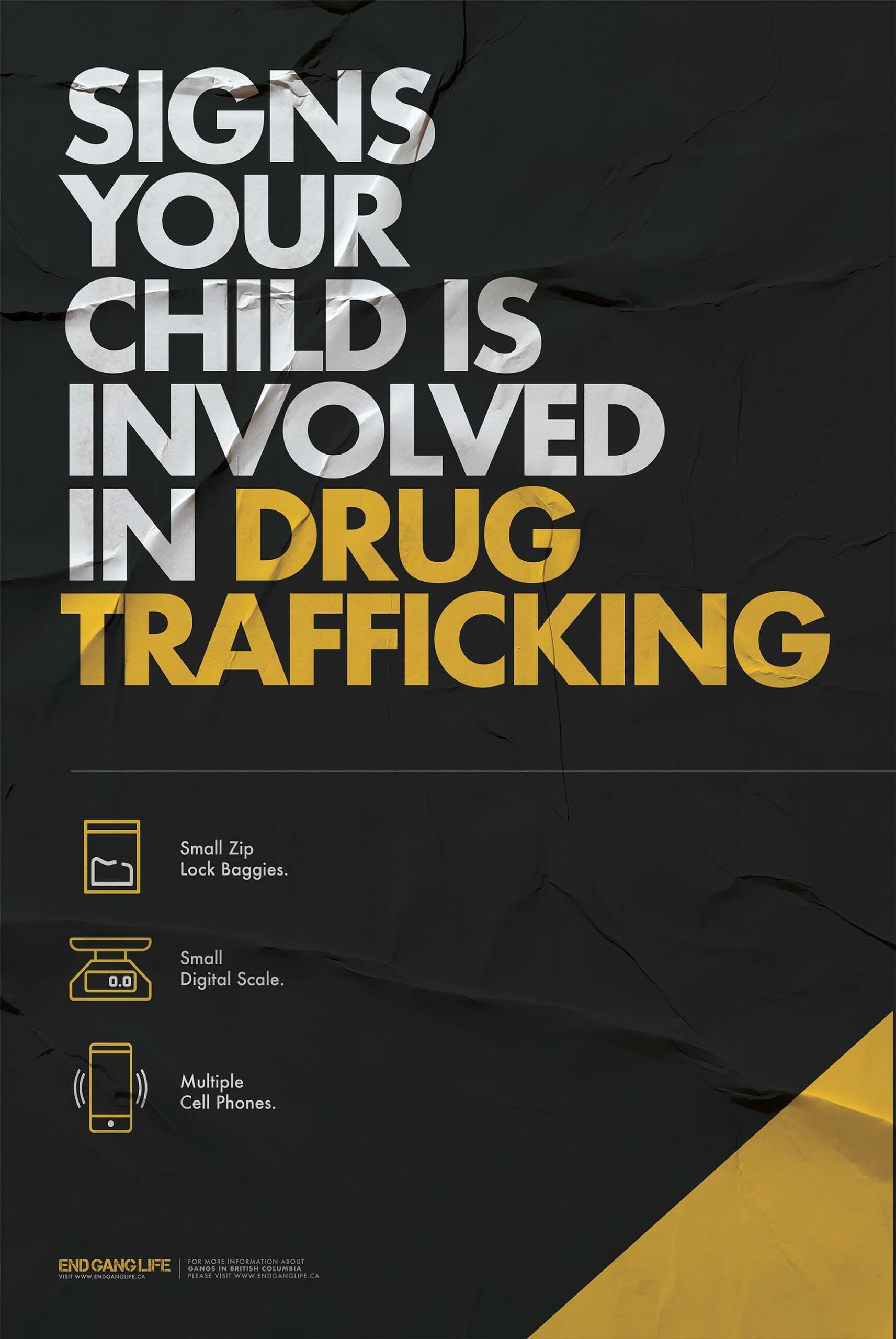 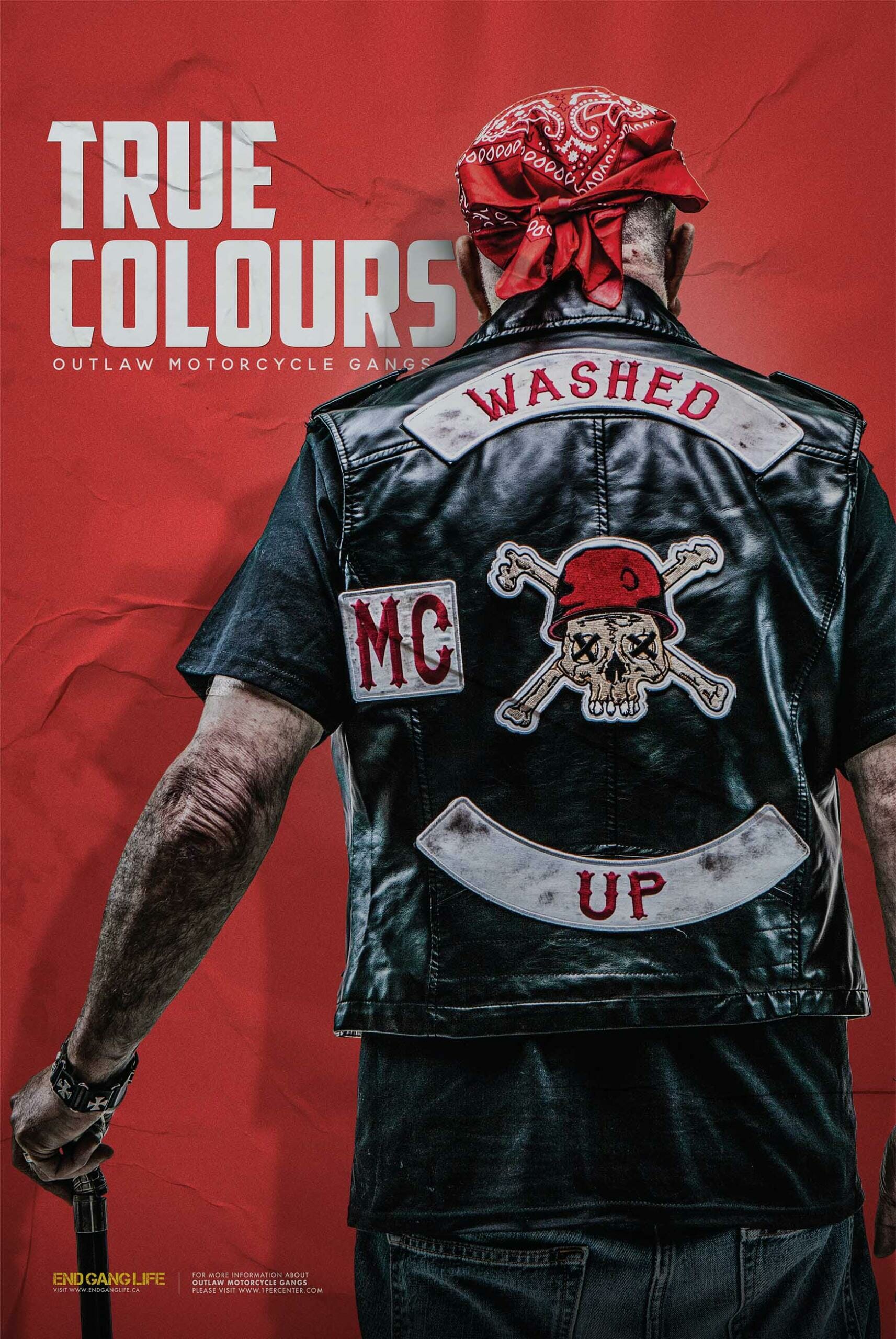 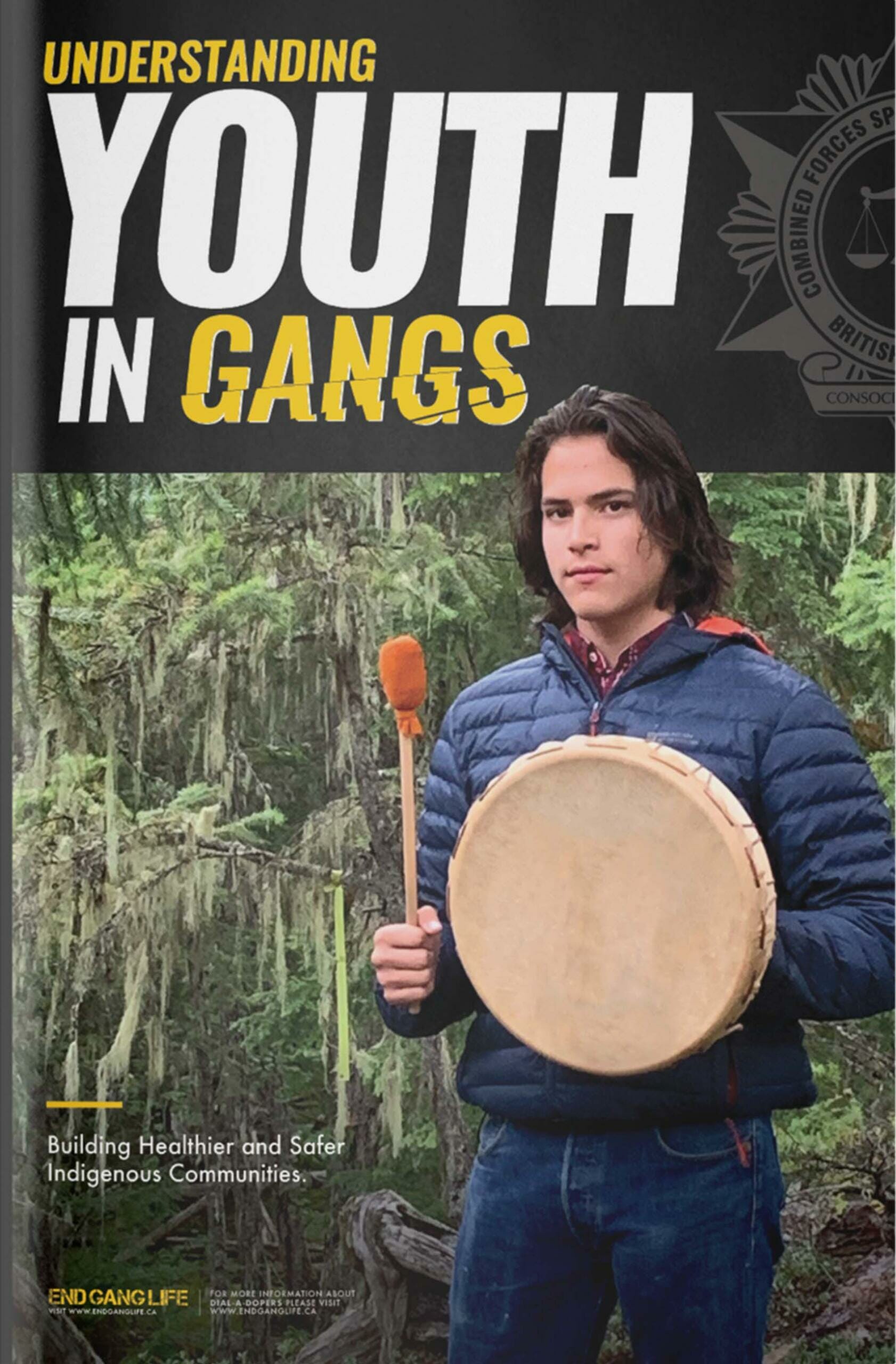 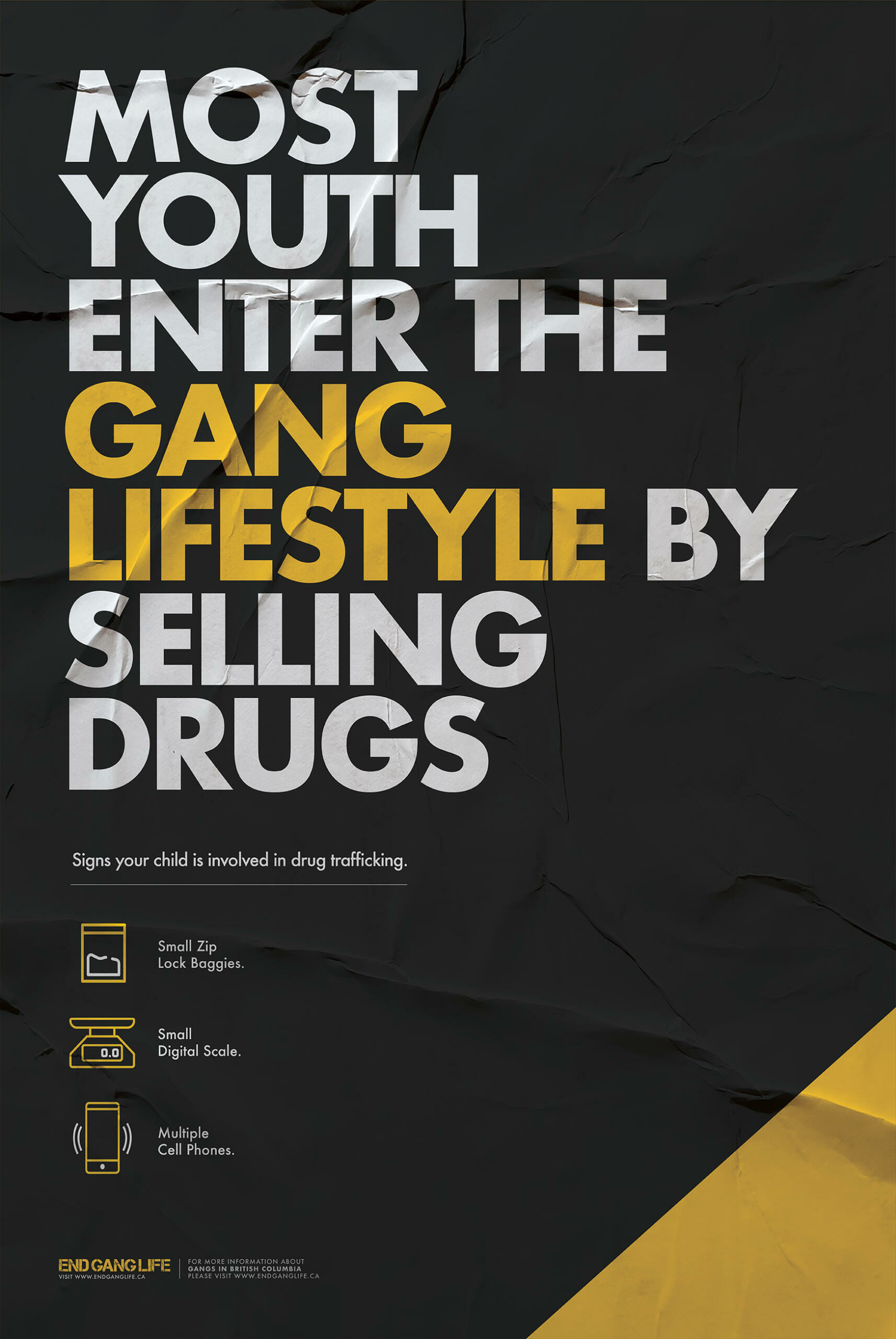 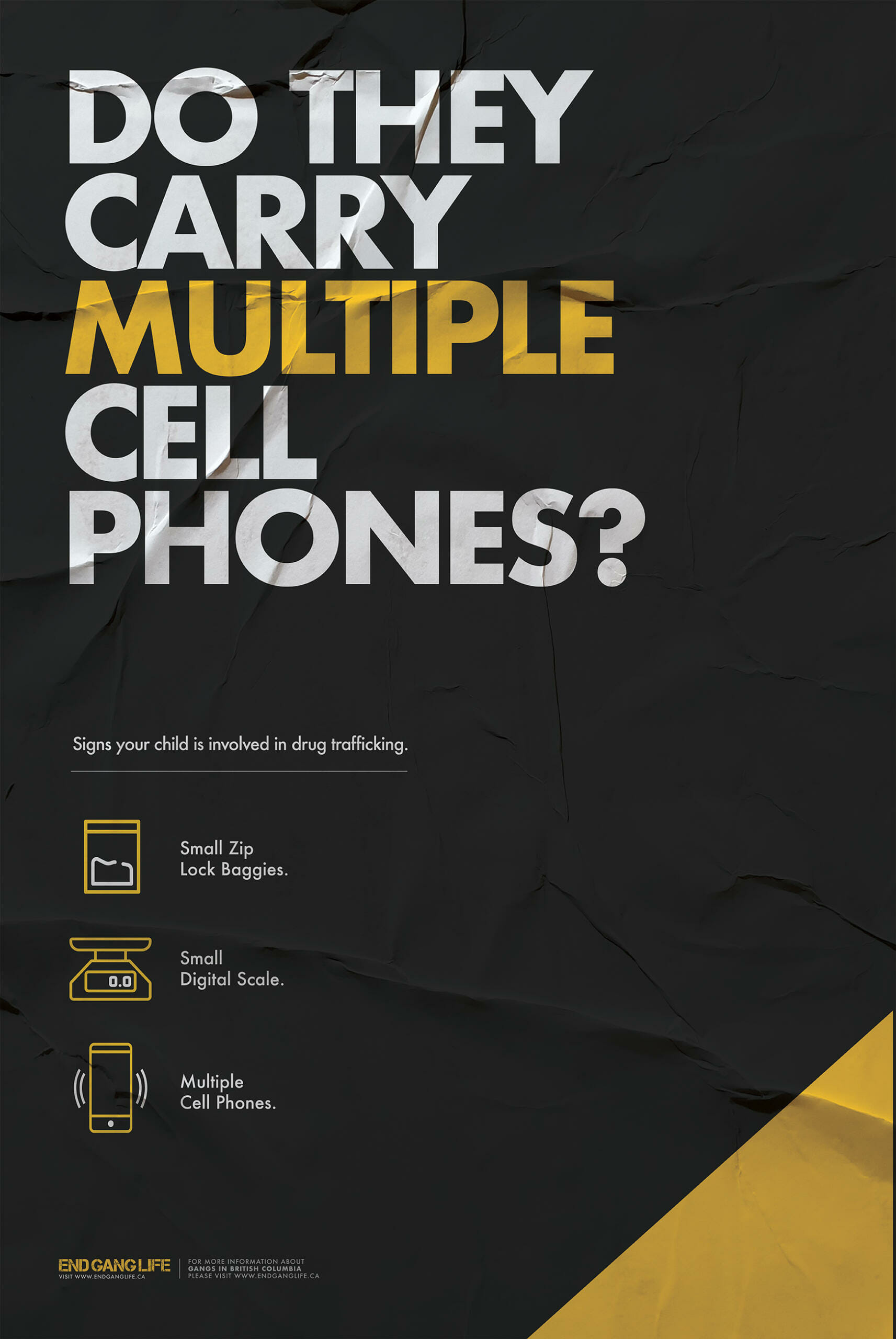 End Gang Life is part of an ongoing public outreach effort to bring attention to gangs and stimulate discussion about gangs which demystify and eliminate misperceptions about gangs. 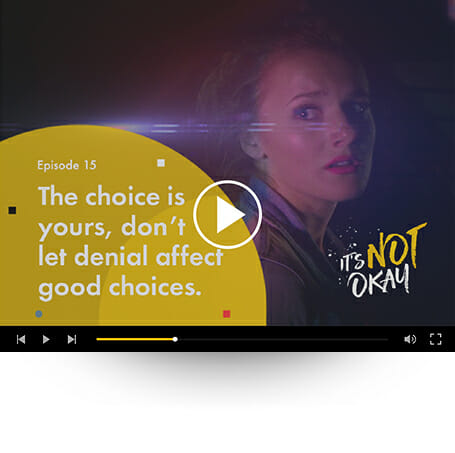 End Gang Life uses video in a variety of ways to give youth a real perspective on Gang Life. The short videos feature interviews with parents who’ve lost children to gang violence, former gangsters, and police officers.
Go to Videos 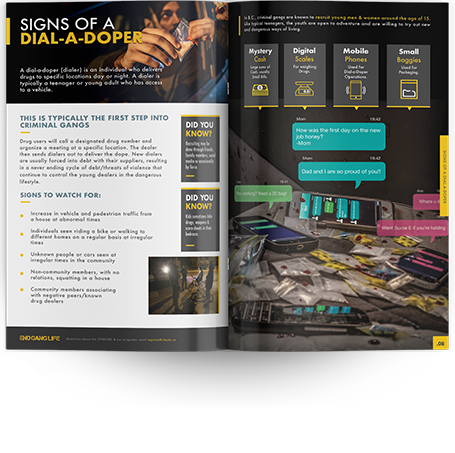 This booklet contains important information for youth and adults alike.

The Understanding Youth and Gangs booklet will be beneficial to parents by helping them to learn and recognize the signs of potential gang involvement in their children.
See the Booklet 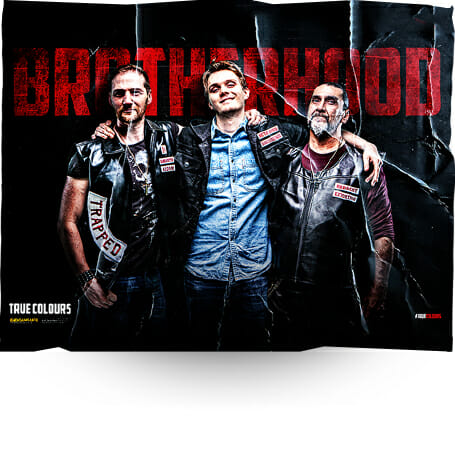 Demystifying and eliminating misperceptions about gangs.

The End Gang Life Posters is part of an ongoing public outreach effort to bring attention to gangs and stimulate discussion about gangs which demystify and eliminate misperceptions about gangs.
View the Posters 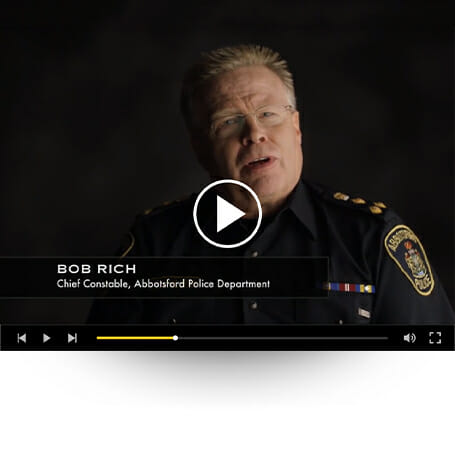 Each video provides a thought-provoking look into the many myths about gangs.

They see gang members driving expensive cars, wearing expensive clothes, and are inundated with images in the media, movies, and television that propagate many myths about gangs and gangsters.
Watch the Series

This compelling and groundbreaking piece of work provides never before seen insight into the lives of real people affected by gang violence.

It seems like just another day for Kaiden and his friends, but nearby trouble stirs in the shadows. Gangs are on the verge of war and a desperation for money and power is taking hold. What seems like a regular evening for Kaiden becomes a moment that will change his life and the lives of his friends, as he discovers how easy it is to fall for a gangster’s lies… especially when they’re family. 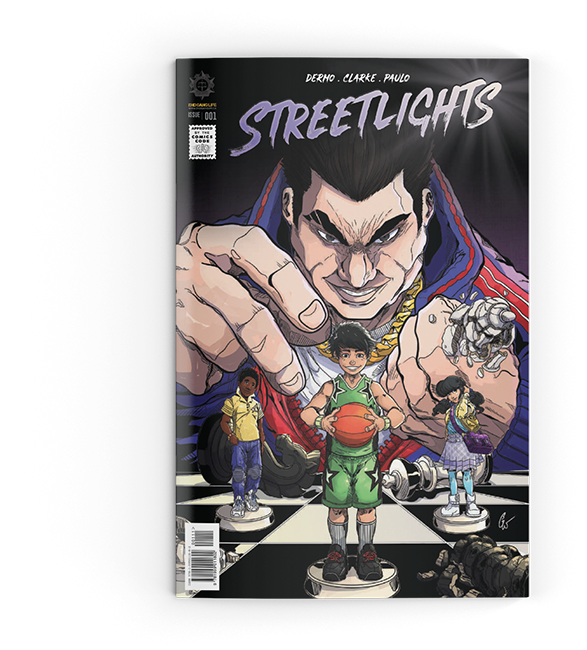 See how this groundbreaking graphic novel story unfolds in Rift Bay and experience never before seen insight into the lives of real people affected by gang violence.

A Resource Vital in Education and Prevention.

This provincial anti-gang campaign is deliberately edgy and thought-provoking content, meant to defy convention and evoke controversy and start conversations.

End Gang Life consists of public service announcement video episodes, posters and digital media, and educational booklets. The videos, which have been designated as “Public Service Announcements” by the Television Bureau of Canada, will be distributed to every television outlet in British Columbia. The posters will be distributed both in hard copy and digital format to every media outlet in BC. All of the products will also be made available to every police agency, RCMP detachment, community groups, schools, etc throughout the province.

This campaign is part of an ongoing public outreach effort to bring attention to gangs and stimulate discussion about gangs which demystify and eliminate misperceptions about gangs. Throughout the campaign everyone from youth, parents, siblings, peer groups, members of communities across BC, and gang members and their friends and families will be targeted.

EndGangLife.ca aims to become a resource vital in education and prevention.