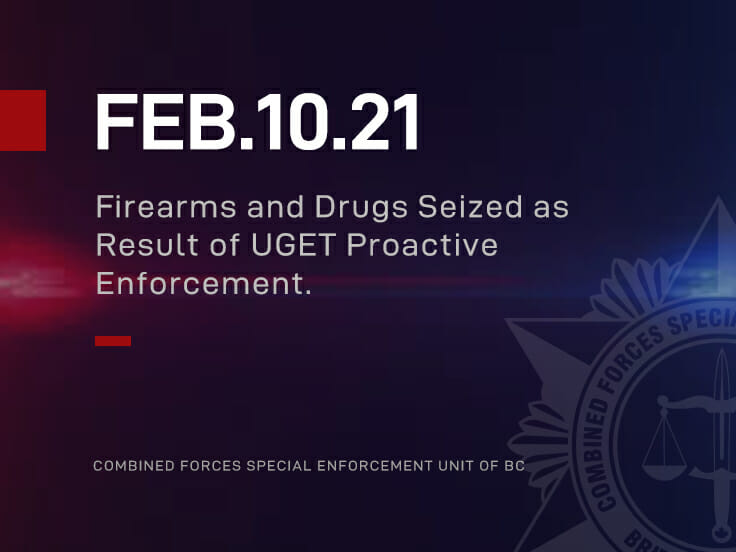 The Combined Forces Special Enforcement Unit of British Columbia’s (CFSEU-BC) Uniform Gang Enforcement Team (UGET) officers work to prevent on-going gang violence using suppression, disruption and enforcement action through a visible, proactive presence in the community with this past week being no exception, as the team removed weapons, including multiple firearms, and drugs from the streets. 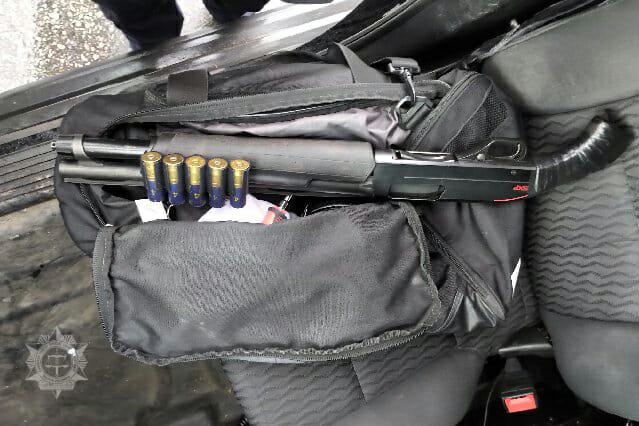 On February 4th, 2021, on Highway One near Surrey, UGET officers attempted to initiate a traffic stop but the driver failed to stop and fled from police. With assistance from the RCMP Air One helicopter and Surrey RCMP, the vehicle was located and led the officers to a rural property in the 8500 block of 184th Street in Surrey. The registered owner of the vehicle received multiple violation tickets for Motor Vehicle Act offenses. While speaking with the owner, several unsafely stored firearms and a crossbow were seized after being discovered in plain view. 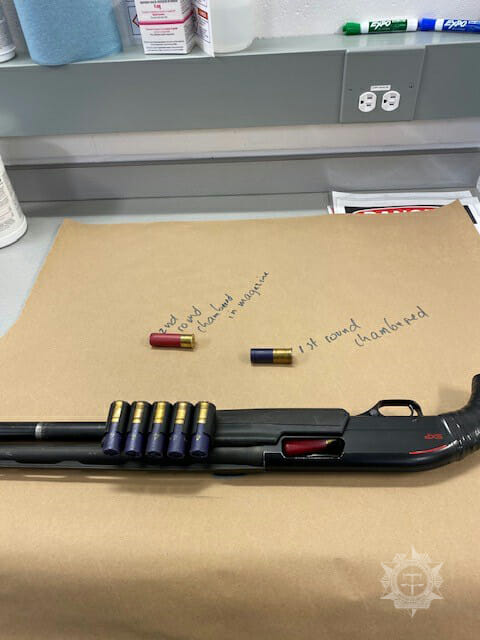 Unrelated to the February 4th stop and seizure, on February 5th, 2021, while in Surrey, UGET officers initiated a traffic stop in the area of 132nd Street and 104th Avenue. Drugs, believed to be methamphetamine and fentanyl, drug paraphernalia, and a loaded pistol grip shotgun were found in the vehicle. Both the driver and passenger were arrested and the drugs and firearm seized. This incident is still under investigation and charges are anticipated.

“The Uniform Gang Enforcement Team represents the overt, tactical, and specialized uniform presence of CFSEU-BC,” says Sergeant Brenda Winpenny, CFSEU-BC Media Relations Officer. “These officers work proactively in communities across the province, and have direct contact with individuals involved in organized crime, and those who pose the greatest risk to public safety. These are examples of the work that UGET does every day to disrupt criminal activities, and remove potentially deadly drugs and weapons from our streets.”