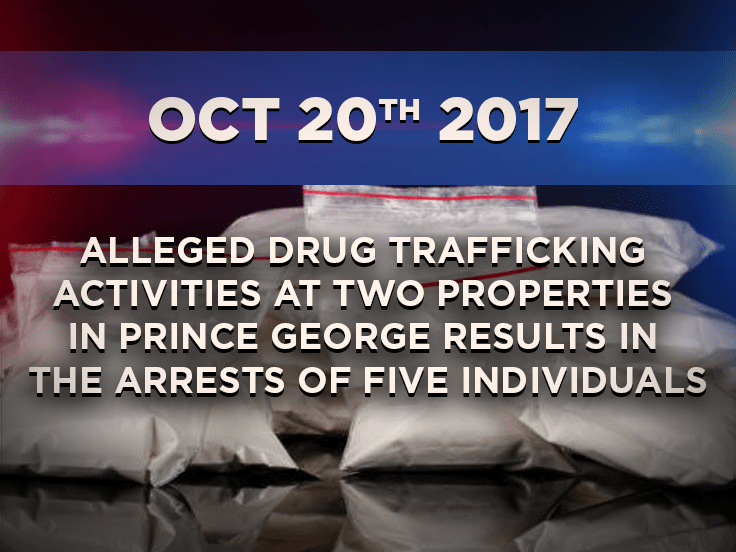 Five people have been arrested after a Combined Forces Special Enforcement Unit of BC (CFSEU-BC) North District office investigation into drug trafficking in Prince George.

CFSEU-BC North District began an investigation into alleged drug trafficking activity at two properties in the 1400 block of Nation Crescent, in Prince George.

On October 9th, members of CFSEU-BC and the Prince George RCMP executed search warrants at two properties in the 1400 block of Nation Crescent.

Inside the first residence, officers arrested one male and one female, and seized a sawed off shotgun.

One male, and one female were arrested in a vehicle in the driveway of the residence, where officers seized one set of brass knuckles.

A second set of brass knuckles was seized when another male, arriving during the search of the residence, was arrested after a small amount of cocaine fell out of his wallet.

“Weapons and drugs were taken off the streets, disrupting the criminal activity conducted by those individuals that poses the highest risk to public safety,” said Sgt. Brenda Winpenny of the CFSEU- BC. “This significant impact was made possible as a result of the collaboration and coordination between CFSEU-BC and our partner agency, Prince George RCMP.”

The CFSEU-BC would like to thank the Prince George RCMP for their assistance with this investigation.