VICTORIA – B.C.’s civil forfeiture program is sentencing two drug-trade and gang-related vehicles to community service – specifically to fight the kind of dirty work they used to do. 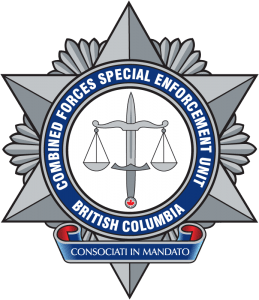 The Civil Forfeiture Office (CFO) is inviting applications from law enforcement agencies interested in using one of the vehicles in outreach efforts targeting youth and focused on combating gang and organized crime. Departments can apply to use a vehicle for up to two years – paying only for operational costs like maintenance and insurance during that time – and then opt to buy or return it. The CFO will match approved business cases with suitable vehicles as they become available.

The Combined Forces Special Enforcement Unit – British Columbia (CFSEU-BC), an integrated team focused on gang and organized crime, is the first agency approved for a vehicle loan under the new program. CFSEU-BC will use the vehicle for media events, law enforcement meetings and community presentations and events around the province, with emphasis on reaching at-risk youth. The application process for use of the second vehicle remains open.

The move follows an innovative public outreach effort by the Abbotsford Police Department (APD). In 2011, APD obtained the use of a forfeited Hummer H2 once used in the Victoria drug trade, turned the SUV into a “rolling billboard” of vivid anti-gang messages and began displaying it at schools and community events. As awareness of APD’s Operation Reclamation grew, other police agencies approached the CFO with similar proposals to borrow vehicles.

The self-funding CFO relies on referrals from police agencies and court approval in every contested forfeiture case. To safeguard the office’s integrity, the loan program will:

Attached here is the Official BC Ministry of Justice News Release.