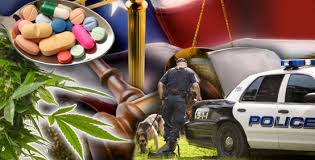 A vehicle stop on Vancouver Island resulted in the arrest of a gang associate for possession of drugs.

On the evening of January 3rd, 2014, a 40-year old male was arrested in Sidney, British Columbia after the Vancouver Island RCMP Emergency Response Team, at the request of the Combined Forces Special Enforcement Unit Island District office, executed a vehicle stop to facilitate his arrest.

The vehicle was searched and approximately 8.5 ounces of cocaine was seized, along with 30 grams of heroin and an assortment of packaged rock cocaine, was recovered.

A room at the Cherry Tree Motel in Saanich being used by the male was also searched and further evidence was located. 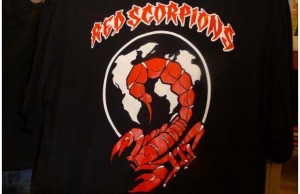 In November of 2013, police received information that the suspect was involved in the drug trade in southern Vancouver Island. Further information indicated that he had ties to the Red Scorpions gang in the Lower Mainland. CFSEU-BC Vancouver Island commenced an investigation into his activities to identify an opportunity for quick enforcement. Information gathered identified a pattern that was consistent with drug trafficking.

On January 3, 2014, a man was identified travelling and meeting with associates of the Red Scorpions in Mission, B.C. He then drove directly to the Tsawassen Ferry Terminal and boarded the 7:00 PM Ferry to Swartz bay. ERT facilitated the arrest as he exited the ferry.

He was held in custody over night with the promise to appear before a Justice of the Peace, with strict conditions.

His next court appearance is scheduled for March 2014 in Victoria.

The Combined Forces Special Enforcement Unit of British Columbia would like to thank the Lower Island ERT (RCMP), Sidney RCMP, and Saanich Police Department for their assistance in this investigation.