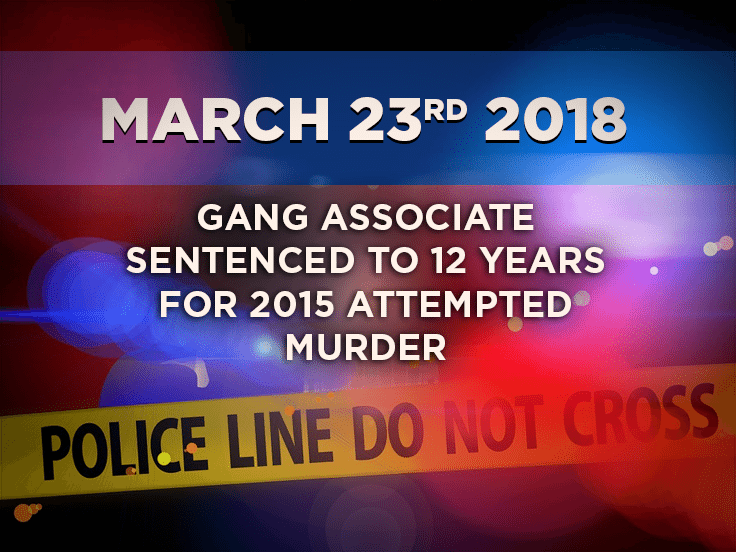 Previous item CFSEU-BC and KSA partner... Next item Sentencing in Case Against...

In early 2015 the CFSEU -BC led an investigation into a group of well-known gang associates for the Attempt Murder of Matin POUYAN, in relation to a shooting that occurred at Dover Park in Richmond on August 21, 2015.

The investigative efforts came to a conclusion On Jan 5, 2016 with arrest warrants being issued for Thomas DUONG and Sahand ASKARI for the August 21, 2015, Attempt Murder. DUONG’s trial commenced on Dec 11, 2017, however, ASKARI was believed to be outside of Canada.

On Feb 1, 2018, A Richmond Provincial Court Judge found Thomas DUONG guilty of Attempted Murder and Discharging a Firearm with Intent. See original release here. On March 21, 2018, Thomas DUONG was sentenced, in provincial court, to twelve years for his attempt on POUYAN’s life.

Investigators believe that ASKARI remains outside of Canada and measures have been put in place to effect his arrest. CFSEU-BC encourages anyone that may have information on the whereabouts of ASKARI to contact their local policing agency.

“This is a positive outcome to a complex investigation that should deter others who choose to use firearms while committing violent offences. The CFSEU-BC and its law enforcement partners remain committed to targeting those criminals who put our communities at risk,” said Assistant Commissioner Kevin Hackett, the CFSEU-BC’s Chief Officer.

The CFSEU-BC would like to thank the Richmond RCMP, Burnaby RCMP, and the Vancouver Police Department for their collaboration and assistance on this file.