Some are notorious for their illegal activities and have become well-known to the public, but all meet the same violent end. Each month CFSEU-BC profiles a Gang member, their rise, and inevitable fall.

Each month CFSEU-BC will feature a gangster profile. This profile will detail the rise and fall of some of British Columbia’s most notorious gangsters over the last 20 years. CFSEU-BC pulls the curtain away on the glamour and notoriety of these individuals to reveal the true gritty, remorseless personalities who leave a wake of violence, murder and lies behind them as a legacy. 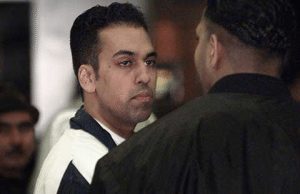 Bhupinder “Bindy” Singh Johal (January 14, 1971 – December 20, 1998) was an Indian born organized crime leader who was raised and operated in British Columbia, Canada. A self admitted drug trafficker; he was known for his outspoken nature and blatant disregard for authority. His quote “..I’m still around” has been sensationalized by Canadian pop-culture. On December 20, 1998, he was killed in an execution-style murder at a crowded nightclub in Vancouver, British Columbia.

Born in Punjab, India, Johal migrated to Vancouver, British Columbia with his parents at the age of four. He was temperamental, increasingly violent over his school career, and “didn’t take well to discipline.”

Johal was expelled from Sir Charles Tupper Secondary School and was sentenced to 60 days in jail after he “brutally” assaulted his vice-principal in 1989. Having moved to Richmond, British Columbia, Johal enrolled in McNair Secondary School. Johal smashed in the window of a car using a baseball bat and was convicted of possession of a dangerous weapon. Johal enrolled in college but dropped out after his first semester and thus began the start of his criminal career.

He was charged with aggravated assault for beating two men in a bar with a broken beer bottle in 1997. When imprisoned, Johal was labelled a “menace to society.”

Because of the required security for the trial, it was one of the most expensive trials in Canadian history. His former brother-in-law, Peter Gill was also accused. The accused, including Gill and Johal, were acquitted. During and following the trial, Gill had an affair with one of the jurors named Gillian Guess. Guess was sentenced to 18 months after being convicted of obstruction of justice. Gill was tried and convicted of the same crime and sentenced to 6 years in prison.

The Crown appealed the acquittal of Johal and other defendants, but Johal was killed before the new trial began Gill was not retried.

Kash Heed, commanding officer of the 3rd Police District in Vancouver, stated that it was really disappointing that someone as bright and intelligent as Johal would turn to a life of crime. Young people who want to emulate gangsters like Bindy see the benefits of being a criminal, but do not see the danger of putting their lives at risk.

On December 20, 1998, Johal was dancing at the Palladium Nightclub in Vancouver when he was shot from behind at 4:30 a.m. No witnesses were able to describe the assailant. Four months prior to Johal’s death, “at least four of Johal’s associates had also been killed”.

It was reported that shortly before his death Johal had said that he was going to get married.