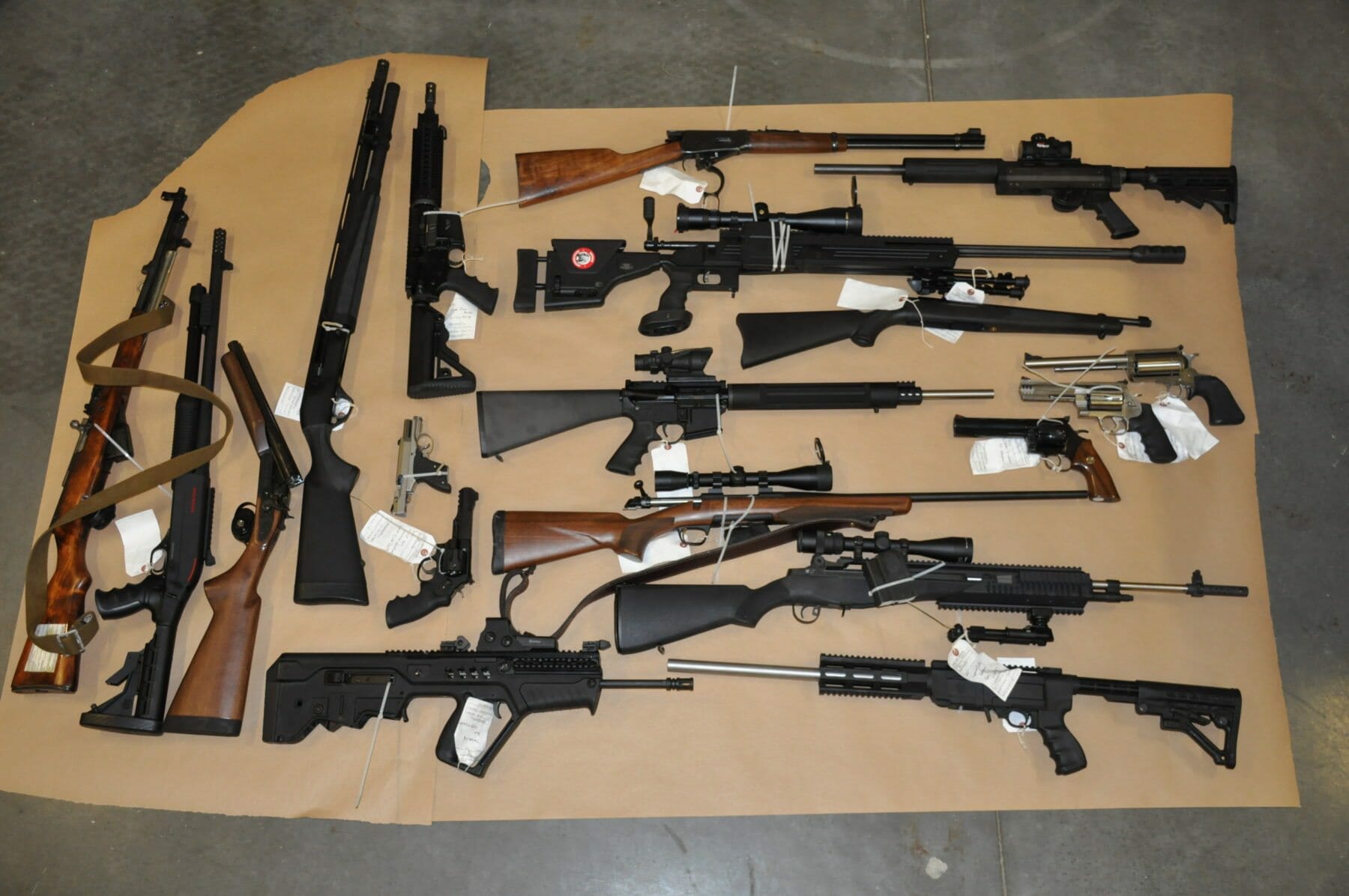 The Combined Forces Special Enforcement Unit of British Columbia (CFSEU-BC), the province’s integrated anti-gang police unit, has arrested a 31-year-old Courtenay man and seized a number of firearms and weapons following a CFSEU-BC-led investigation that concluded on December 19th. 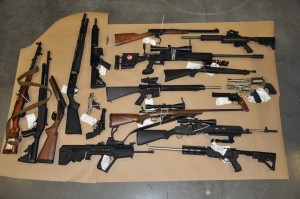 Last month, CFSEU-BC received information that the Courtenay resident, who has links to at least one Vancouver Island organized crime group, was allegedly actively selling drugs and in possession of firearms. During the investigation, it was discovered that the man was allegedly in contravention of regulations specific to his firearms license.

Investigators from CFSEU-BC’s mainland and Vancouver Island offices collaborated and following the month-long investigation into the man’s alleged criminal activities arrested him without incident on December 19th.

Seized at the time of arrest were just over six grams of crack cocaine, a machete, and equipment believed to be used for the sale of drugs. Three search warrants were executed following the arrest in Courtenay. The RCMP’s North Island Emergency Response Team executed two of the warrants, one at a residence located in the 1500 block Flicker Place and one at a residence in the 400 block Willemar Ave. CFSEU-BC investigators executed the other warrant at a storage locker facility in the 2600 block Kilpatrick Avenue.

Nineteen firearms (five handguns, eleven rifles, three shotguns) were found during the searches, including one loaded 9mm semi-automatic handgun and a sawed-off shotgun. Also recovered were thousands of rounds of ammunition, several firearms parts, a Taser, a baton similar to what police officers carry, and brass knuckles.

The man, who has a criminal record for violence-related offences, was taken to the Courtenay RCMP Detachment and was later released from custody on a Promise to Appear pending the laying of charges in the coming weeks. The man potentially faces a number of drug, firearms, and weapons-related charges that could range from the unauthorized possession of firearms, unsafe storage of firearms, and possession of a prohibited weapon.

“Those who are involved in violent organized crime or gang-related activities in British Columbia should know by now that CFSEU-BC is not bound by jurisdiction and we will be relentless in our enforcement with our policing partners to make communities across British Columbia safer,” says CFSEU-BC spokesperson Sergeant Lindsey Houghton. “The success of this investigation and multi-agency response to get guns off the streets and out of the hands of those who use them for a criminal purpose is a testament to our collective goal to ending gang life in British Columbia.”

CFSEU-BC would like to thank the National Weapons Enforcement Support Team (NWEST), and the RCMP’s North Vancouver Island Emergency Response Team and Courtenay Detachment for their help in this investigation.

Help CFSEU-BC end gang life and make communities around British Columbia safer by playing or distributing the gang prevention and educational material on the website.