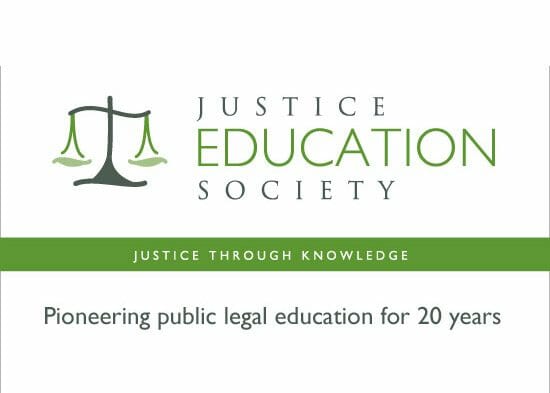 In a ceremony today, the Combined Forces Special Enforcement Unit of British Columbia (CFSEU-BC) is honoured to receive an award of appreciation from the Justice Education Society (JES) and Guatemala’s Attorney General, Dr. Claudia Paz Y Paz, in recognition of its efforts to train Guatemalan justice officials in the use of wiretap technology and investigations. 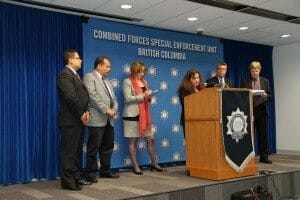 Guatemalan justice officials say training provided by CFSEU-BC has supported the intervention of an estimated 500 kidnappings. In 2012, with expertise provided by CFSEU-BC, Guatemalan justice officials were able to capture those responsible for the brutal death of Guatemalan prosecutor Allan Stowlinsky, who was dismembered by the Zetas cartel, a violent organized crime group in the region.

“When we captured the killers, we had enough proof to convict them because we had been listening in on how they had committed the crime,” says Guatemala’s Secretary General Mynor Melgar in the documentary The Most Violent Place on Earth, (www.themostviolentplaceonearth.com) a compelling film about the work JES has done in the region.

“We sent two messages: one for the Zetas to let them know that we were not afraid and that we were going after them, and one for the people who work with us to tell them that these types of cases were not going to be left unsolved,” Secretary General Mynor Melgar says. “We had to capture those responsible. If we didn’t, the team’s morale would sink and we would lose our strength.” 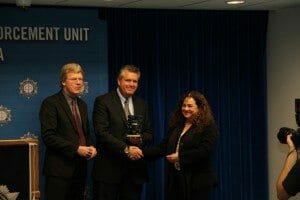 In June 2012, nine Zetas were convicted in the death of Mr. Stowlinsky.

“This is an example of these pieces of training from many law enforcement and justice agencies coming together to transform the justice system,” says JES executive director Rick Craig.

“In a country where the social fabric is torn apart by gang violence, it is incredibly important for an agency like CFSEU-BC to assist in building law enforcement capacity wherever gang violence occurs,” says CFSEU-BC Chief Officer Dan Malo. “Organized crime has no boundaries and neither does law enforcement. This type of collaboration and partnership building proves that.”

1 day ago by CFSEU-BC Communications Strategist 99