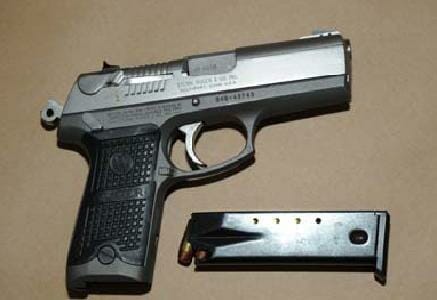 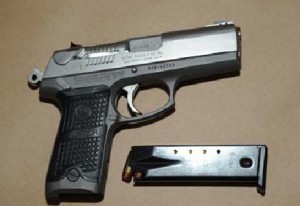 One of two men arrested by Combined Forces Special Enforcement Unit has pled guilty to charges relating to the possession of two loaded automatic rifles found in a Jeep Cherokee in Kensington Park on October, 27, 2010. 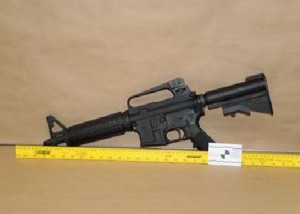 “We are extremely pleased that another gun-toting gangster is off the street,” said Superintendent Tom McCluskie who leads CFSEU’s Gang Task Force. “Our focus is and remains public safety and as long as we are taking guns off the street and putting those who use them, in jail, we are happy. Every single time we take even one gun off the street, it reduces the number of guns available for gangs and gang members to use.”

Co-accused, Christopher ISER will go to trial later this month.

On Oct 27, 2010, members of the Uniformed Gang Task Force arrested seven well-known gangsters and their associates in Kensington Park in Vancouver at 4:30 in the afternoon.

UGTF members came upon the meeting during stepped-up patrols currently being conducted in light of the increased tensions within the gang world in British Columbia.

“During this arrest, two assault rifles and one handgun were seized,” said CFSEU spokesperson Sgt. Bill Whalen. “We have two males, 26-years old, in custody and facing several firearms-related charges,” he added. Their names are not being released at this time.

We recognize there is much speculation, rumour and innuendo in the Metro Vancouver gang environment that has led to tensions and instability.

While we have seen a reduction in violent crimes across the region this year, we know that violence within the gang world can erupt at anytime. “This is what concerns us. When these violent acts occur in public places, the potential for people to get caught up in the violence is real and that is unacceptable,” said CFSEU Gang Task Force Superintendent Tom McCluskie.

Superintendent McCluskie added, “We continue to send, a clear message. We believe we know the identity of some of those involved in gang violence and any attempt to continue with this mode of behaviour will be dealt with swiftly,” McCluskie said.

We want to reassure our communities that we are concentrating our efforts and resources on preventing violent crimes from happening. “The arrest on Wednesday is a good example of our proactive efforts in this regard,” McCluskie said.

“As law enforcement, we are united in addressing this issue,” said CFSEU Chief Officer Doug Kiloh. “Police partnerships and intelligence sharing have never been more integrated and this has allowed us tofocus on those who perpetrate violent acts in our communities. Because of this integration, we are better able to predict where a violent crime may occur and work pro-actively, as evident in Wednesday’s arrest, to prevent it,” Kiloh said.

Several specialized units including the Integrated Homicide Investigative Team, frontline police officers and the entire investigative staff of the Combined Forces Special Enforcement Unit have been andcontinue to be, committed to identifying the source of these conflicts and holding those responsible.

18 days ago by CFSEU-BC Communications Strategist 244