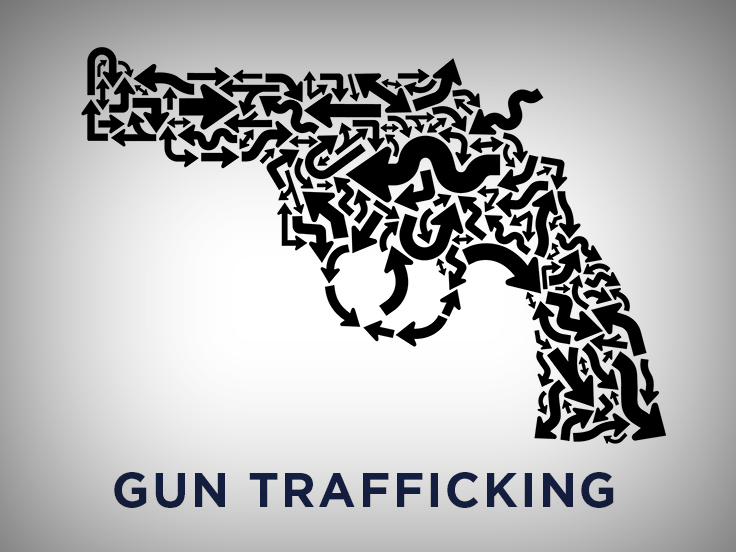 A Duncan man was arrested on September 26th and multiple firearms were seized following an investigation led by the Combined Forces Special Enforcement Unit of British Columbia (CFSEU-BC) with the assistance of the North Cowichan/Duncan RCMP Detachment. 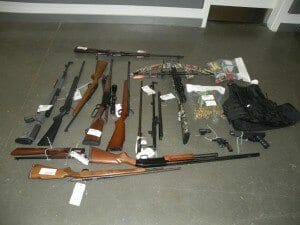 CFSEU-BC investigators from both the Lower Mainland and Vancouver Island offices collaborated with the Duncan RCMP’s General Investigation Section after information came in to the Duncan RCMP at the end of August that a Duncan area man was illegally selling firearms. On September 26th, CFSEU-BC and North Cowichan/Duncan RCMP officers arrested a man at the RCMP Detachment and executed two search warrants on local properties.

A search of an Upland Avenue address and an address in the 6200 block Hawkes Boulevard, both in Duncan, resulted in the seizure of a number of guns and thousands of rounds of ammunition. Additionally, it was discovered that both residences had medical marijuana licenses, with evidence of small grow ops found at both locations. While there were no children found in the houses at the time, of great concern to police was that there was evidence that children had been or were currently living in the Upland Avenue house. The Duncan RCMP are following up with the Ministry of Children and Family Development regarding what was found and associated safety concerns.

It is believed, at this early stage of the investigation, that these guns were destined to be sold to criminally-involved people on both Vancouver Island and the mainland. Investigators are now working to determine the origins of the guns and any connections to gangs and organized crime.

“This investigation is part of CFSEU-BC’s ongoing targeted enforcement initiatives against those involved in organized crime and their associates who have or are selling guns and putting everyone in our communities at risk,” says CFSEU-BC spokesperson Sergeant Lindsey Houghton. “The success of this quick investigation is a testament to the levels of cooperation that CFSEU-BC has with its policing partners across the province.”

“It is important to recognize that the cooperation and coordination of a multi-agency response on a large scale operation such as this is huge task. We could not muster the resources to tackle these problems alone, and our partners in law-enforcement are vital in its success” said Cpl. Jon Stuart, Media Relations Officer for the North Cowichan/Duncan RCMP.

The man arrested, a 32-year old Duncan resident, has a past criminal record for violence and property crime-related offences. He was released from custody on a Promise to Appear and has not been formally charged as the investigation continues. The man potentially faces a number of firearms-related charges ranging from unauthorized possession of firearms to possession of firearms for the purpose of trafficking and firearms trafficking.

The following is the list of guns and items seized.:

CFSEU-BC and the North Cowichan/Duncan RCMP Detachment would like to thank the RCMP’s Vancouver Island Emergency Response Team for their assistance in this investigation.