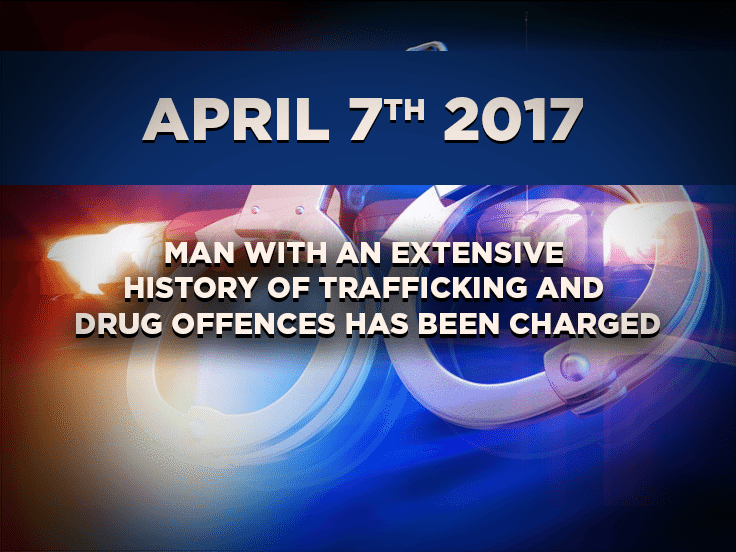 One man with an extensive history of trafficking and drug offences has been charged after he was caught in possession of a prohibited substance after breaching his conditions and allegedly attempting to flee from police.

On the morning of March 21, 2017, the Combined Forces Special Enforcement Unit of B.C. (CFSEU-BC) Uniform Gang Enforcement Team (UGET) conducted a routine traffic stop in Burnaby. The vehicle’s registered owner had an active class 7 driver’s license but no visible “N”, as well as, the vehicle was associated to trafficking and suspicious occurrences.

Officers followed the suspect vehicle a short distance in order to find a safe place to conduct a traffic stop. When officers exited the vehicle, the driver accelerated away at a high rate of speed. Officers found the vehicle parked at a dead end street.

The CFSEU-BC would like to thank the Burnaby RCMP for their help with this file.