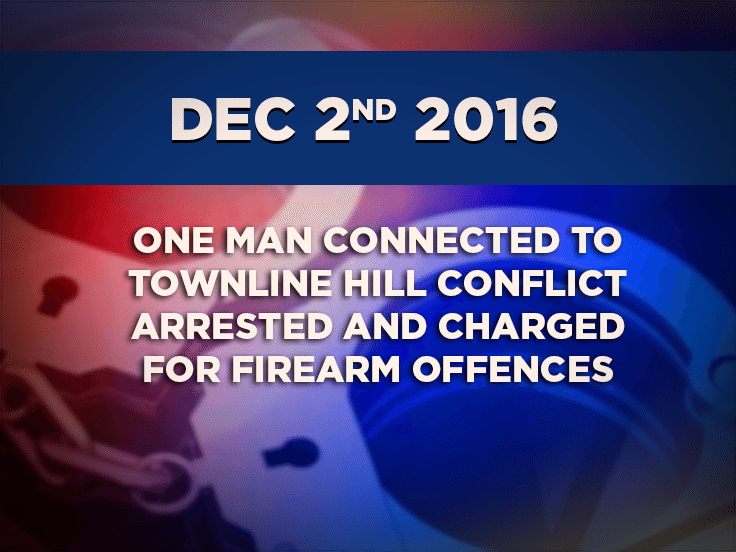 One man, with alleged connections to the Townline Hill area of Abbotsford, has been arrested for possession of an unauthorized weapon.

On the evening November 29th, 2016 officers from the CFSEU-BC observed individuals in a vehicle that was believed to be connected to Abbotsford’s ongoing Townline Hill conflict engaged in behavior consistent with drug trafficking.

CFSEU-BC Uniform Gang Enforcement Team (UGET) members conducted a traffic stop of the vehicle, which initially pulled over, but then tried to flee. The vehicle was relocated and a man was seen running from the vehicle as it again sped away. UGET members quickly located and arrested him. A police dog was used to conduct an article search of the area and that is when a loaded 9mm handgun was discovered. The vehicle was not relocated.

Subsequent to the arrest and seizure of the gun, a search warrant was obtained to search the individual’s residence in the 19800 block of 83rd Avenue in Langley for evidence related to firearms. Officers found ammunition and a small pistol suspected of being modified to shoot .22 caliber ammunition.

“This arrest shows the full capacity of the CFSEU-BC and successfulness of an integrated approach to working with our police partners,” says Staff Sergeant Lindsey Houghton of the CFSEU-BC. “Without a carefully coordinated plan, we would not be able to disrupt the criminal behavior of individuals who are engaged in the most violent acts and take them and their guns off the streets.”

The CFSEU-BC would like to thank the Abbotsford Police Department and the RCMP for their assistance on this investigation.