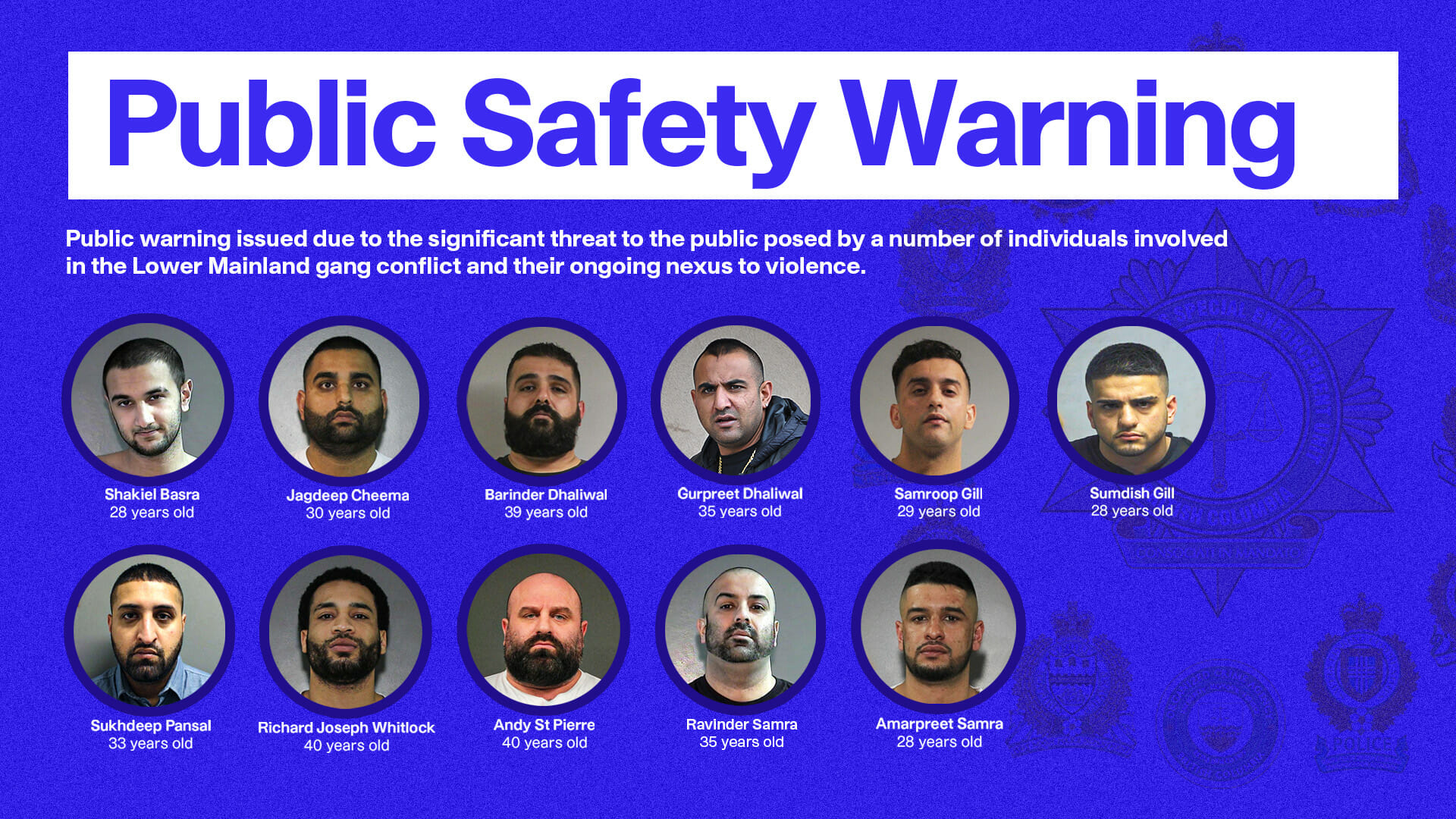 The Combined Forces Special Enforcement Unit of British Columbia (CFSEU-BC), in partnership with its policing partners, is issuing a public warning due to the significant threat to the public posed by 11 individuals involved in ongoing gang conflicts and their connection to high levels of violence.

These individuals are known to police and have been connected to high levels of gang and organized crime-related violence. Police believe that anyone with, or in the proximity to these individuals may be putting themselves at risk. CFSEU-BC, in collaboration with its partners, is issuing a public warning and identifying them in order for family, friends, associates, and the public to take measures to increase their own personal safety.

The public is being warned about the following individuals: 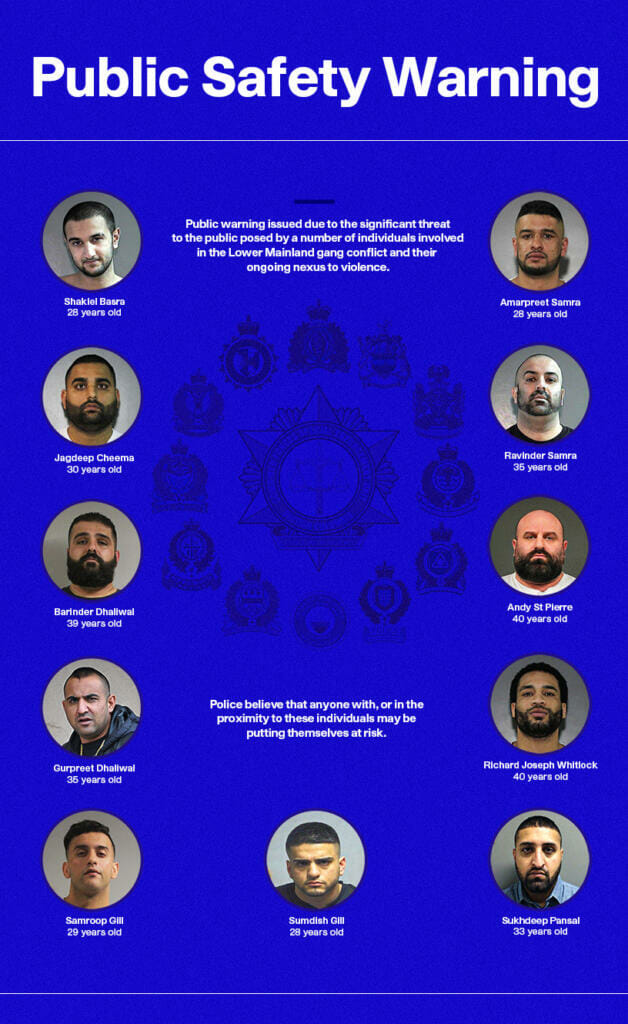 Police agencies throughout the Lower Mainland are aware of several conflicts involving numerous crime groups that have resulted in murders and attempted murders in recent months in public places. Police are expecting the violence to continue in the coming weeks and months as these individuals continue to involve themselves in illicit activities dangerous to themselves and the public. Police are advising the public to avoid any interaction with these 11 individuals, as police believe these individuals may be targets for future violence.

“CFSEU-BC, following consultation with policing partners across the LMD in British Columbia, are releasing the names and photos of individuals who pose a significant risk to public safety due to their nexus to ongoing gang violence,” says Assistant Commissioner Manny Mann, CFSEU-BC Chief Officer. “Those engaged in the LMDGC are not bound by jurisdiction or contained within the Lower Mainland; they travel throughout the province committing gang related acts of violence and may be targeted themselves by others also involved in the conflict. While engaged in multiple enforcement and suppression efforts, the law enforcement agencies of BC are taking the added precaution of making the public aware of these individuals to help ensure public safety. CFSEU-BC along with our policing partners will continue to collaboratively work towards holding those accountable that threaten the safety of our communities.”

“The Vancouver Police Department is committed to working with our partner agencies regionally, provincially and nationally to combat gang violence as we know that it is not bound by geographic borders” says Deputy Chief Constable Fiona Wilson, the commanding officer of the Investigation Division of the Vancouver Police Department (VPD).  “I want to reassure the public that the police have allocated significant investigative and operational resources to address gang violence.  The VPD and our policing partners are committed to combatting the risk that these 11 individuals, and the crime groups they represent, pose to our communities.”

“Significant work is underway to deter, disrupt and suppress gang-related violence in our province,” says Assistant Commissioner Will Ng, Criminal Operations Officer, Federal, Investigative Services and Organized Crime for BC RCMP. “The very public and brazen gang-related violence in our communities is unacceptable and will not be tolerated.  We know that gang members don’t respect borders, so our efforts have included a coordinated approach with multiple agencies and enforcement measures to continue to target those who pose the greatest risk to public safety.”

Police are asking the public to report any information about recent incidents of violence or suspicious activity to police by calling 9-1-1.