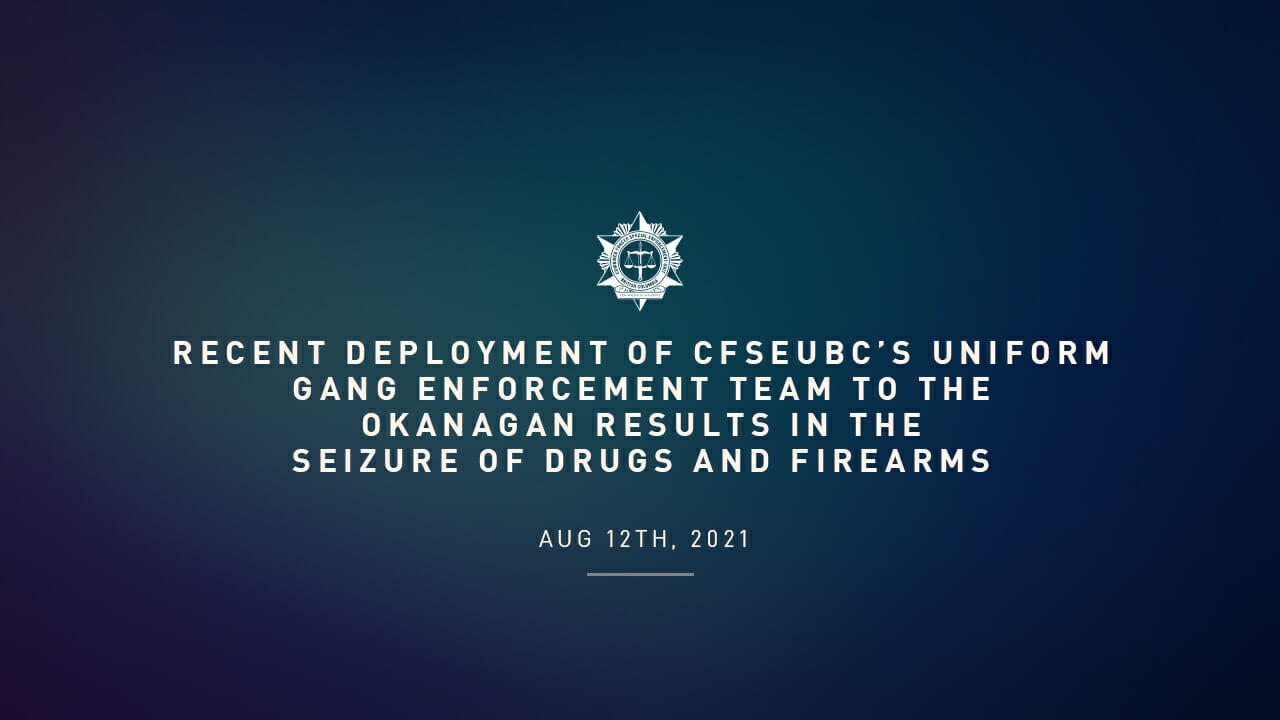 Between August 3rd and 7th UGET officers spent time proactively patrolling and working with RCMP members in the Kelowna, Lake Country, and Vernon areas on their second trip to the region in 2021.

While there, UGET officers arrested several individuals and seized four firearms, including handguns, rifles, a loaded shotgun, ammunition, a conductive energy weapon, knives and machetes, and other weapons.

Also seized over the five-day period was over 2 kg of suspected fentanyl, methamphetamine, crack and powder cocaine, GHB, psilocybin, and miscellaneous pills along with suspected drug trafficking-related cash. Samples of the drugs have been sent to Health Canada for analysis pending charges being recommended.

Details of one arrest and seizure were released on August 5th and can be found here: media release from August 5th, 2021.

CFSEU-BC’s Uniform Gang Enforcement Team deploys to communities around the province throughout the year. CFSEU-BC officers and members from other agencies are able to share up-to-date intelligence that help them direct their enforcement efforts and target those individuals and groups that pose the greatest threat to public safety.