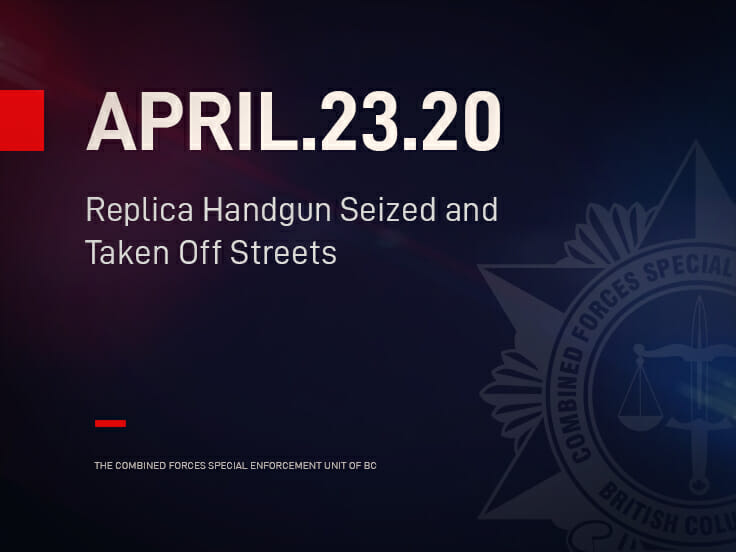 Weapons and a small amount of illegal drugs were seized after officers from the Combined Forces Special Enforcement Unit – British Columbia (CFSEU-BC) stopped three men on bicycles on the evening of April 9th, 2020 after observing a number of infractions. 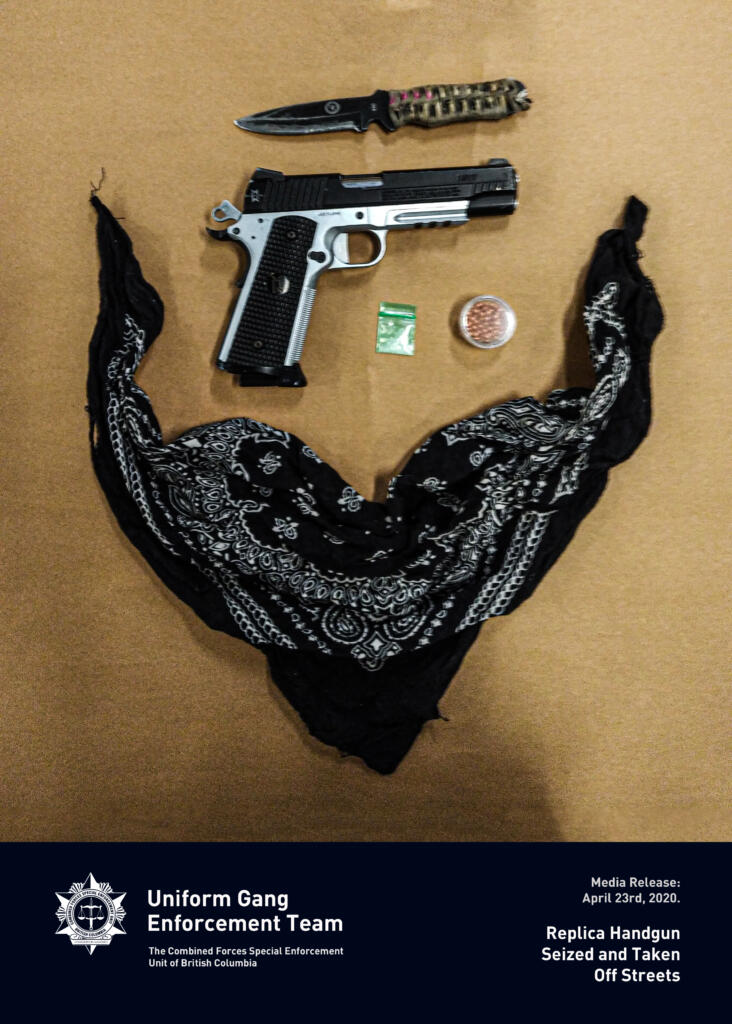 On the evening of April 9th, CFSEU-BC Uniform Gang Enforcement Team (UGET) members were conducting regular enforcement patrols in Abbotsford when they observed three men riding bicycles allegedly committing a number of provincial Motor Vehicle Act infractions. UGET members stopped them for the infractions and while interacting with UGET members, one of the males disclosed he was in possession of a replica handgun. UGET members seized the replica handgun along with a 5-inch hunting-style knife, a bandana, and a small amount of drugs believed to be methamphetamine.

“This call was an important reminder that even interactions which seem routine and low risk have the potential to escalate quickly. Modern replica handguns appear very real and police must treat them as firearms until confirmed otherwise. Our UGET officers are veteran officers and some of the most highly trained and skilled.”, says Sergeant Brenda Winpenny, Media Relations Officer for CFSEU-BC. “Taking an extreme likeness replica handgun, along with other potential crime-related items, off our streets may have prevented a serious incident from happening. CFSEU-BC conducts proactive law enforcement daily in the communities of our province, fulfilling our mandate to protect public safety.”