Seizure of Drugs, Weapons, and Cash Results in the Arrests of Two People 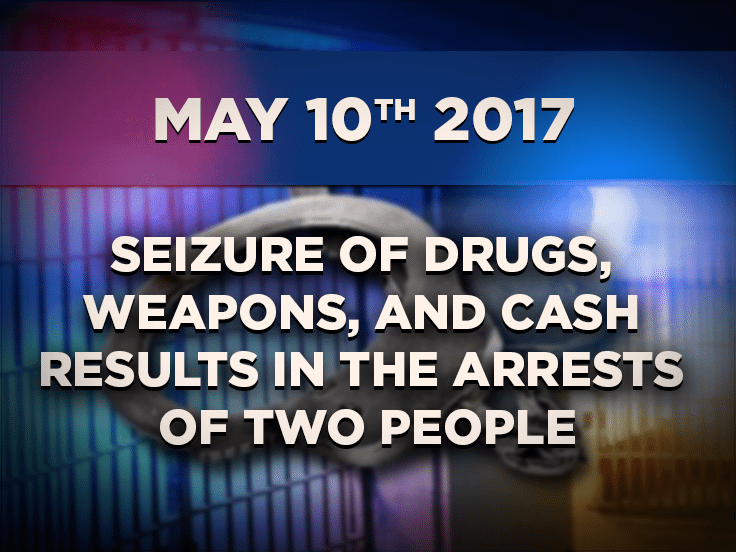 Seizure of Drugs, Weapons, and Cash Results in the Arrests of Two People

Two people have been arrested after a drug investigation led by the Combined Forces Special Enforcement Unit of British Columbia North District office resulted in the discovery of drugs, weapons, and cash.

On April 27th, 2017, members of CFSEU-BC North District office initiated a drug trafficking investigation of an individual in the city of Prince George.

A joint forces operation was initiated by the CFSEU-BC in coordination and collaboration with the Prince George RCMP Street Crew, and RCMP’s E Division North District Federal and Serious Organized Crime Unit to target this individual’s alleged criminal activities.

On May 5th, 2017, a search was conducted on a property in the 2100-block of Victoria Street, Prince George. The search of the home resulted in officers finding:

One male and one female were arrested without incident during the search of the home.

His next court date is scheduled for May 16th, 2017 in Prince George Provincial Court. The female was released on a promise to appear.

CFSEU-BC would like to thank the Prince George RCMP and RCMP’s E Division North District Federal and Serious Organized Crime Unit for their assistance with this investigation.