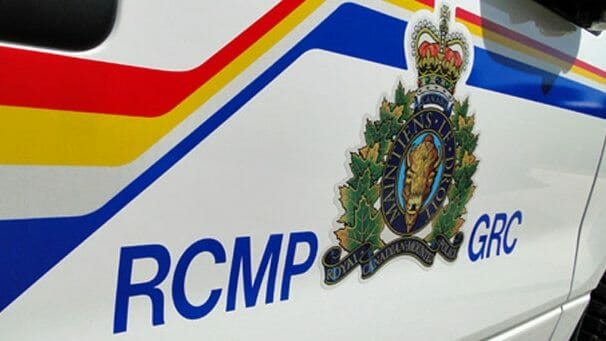 A Tatla Lake man was arrested and is facing numerous firearms and weapons-related charges and close to 200 firearms and tens of thousands of rounds of ammunition have been seized following an investigation by the Combined Forces Special Enforcement Unit of British Columbia (CFSEU-BC). 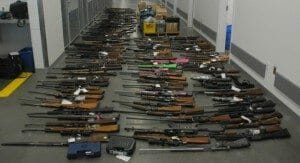 In early June 2013 CFSEU-BC received a tip that the 63-year-old man, a long-time resident of Tatla Lake, was trafficking in both firearms and prohibited devices. CFSEU-BC began an investigation and it was uncovered that the man was allegedly selling assault-style semi-automatic rifles with over-capacity magazines, amongst other guns and weapons.

The man was arrested at his home on August 23rd, located in the 16400 block Highway 20. A search warrant resulted in police finding and seizing 183 firearms of various makes, models, and calibres, along with tens of thousands of rounds of ammunition and prohibited devices such as over-capacity magazines. Some of the weapons have a street value of several thousand dollars and in all likelihood would have made their way into the hands of gang members and criminals around British Columbia.

Investigators are now faced with the daunting and time consuming task of attempting to determine the origin of the guns and forensically examining each one. It is currently unknown how the guns came into the man’s possession.

“Many of these guns are capable of firing rounds that could pass through vehicles, doors, walls and even body armour. That is an unacceptable risk to the public and the police,” says CFSEU-BC spokesperson Sergeant Lindsey Houghton. “While this seizure is not believed to be tied to gang activity at this time, it appears that these guns and ammunition were destined to be sold to the highest bidder and the fear was, had we not acted immediately, that the guns could eventually make their way into the hands of violent criminals around British Columbia.”

Some of the weapons seized included AR-type rifles, SKS semi-automatic rifles and handguns. “Guns like the ones seized are highly uncontrollable and there is a significant risk for collateral damage should they be used by criminals,” says Corporal Frank Grosspietsch with the RCMP’s National Weapons Enforcement Support Team (NWEST), who assisted CFSEU – BC in the investigation.

The man arrested, who has no criminal record, has been released from custody pending the continuation of the investigation and charges from Crown Counsel.

CFSEU-BC would like to thank the RCMP’s Alexis Creek Detachment and the National Weapons Enforcement Support Team (NWEST) for their support and assistance during this investigation.