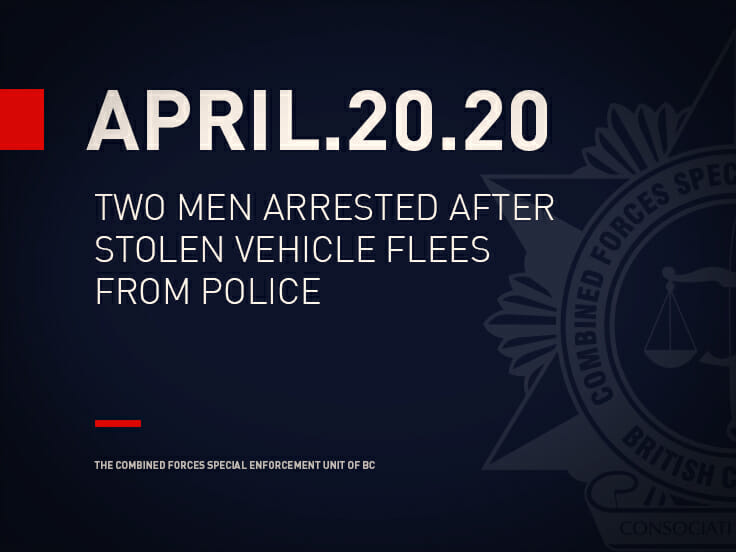 Previous item Replica Handgun Seized and... Next item One Man Arrested and... 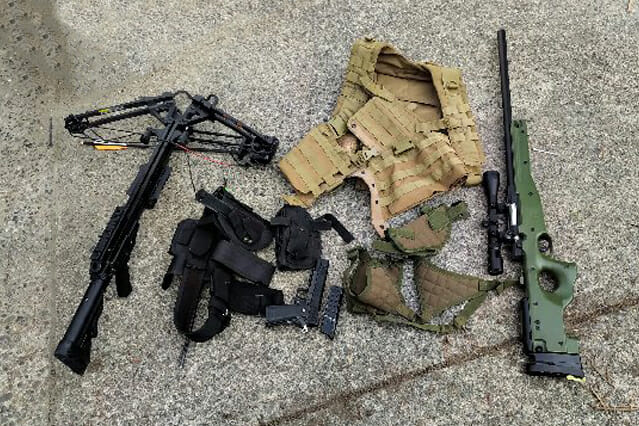 On the evening of April 14th, CFSEU-BC Uniform Gang Enforcement Team (UGET) members were conducting regular proactive enforcement patrols in the Lower Mainland when they came across a vehicle in the area of 150th Street and 20th Avenue, Surrey, that had previously been reported as stolen.

With the assistance of the RCMP’s Air 1 helicopter (Air 1), the Lower Mainland Integrated Police Dog Services, Coquitlam RCMP and Surrey RCMP, officers were able to track the vehicle’s movements throughout several jurisdictions where it was eventually dumped near Quadling Avenue in Coquitlam.

The occupant attempted to flee on foot, but Air 1 was able to safely track him to a garage associated to a residence on King Street in Coquitlam. When UGET members entered the garage, they located a male and he was detained for the investigation.

While officers were dealing with this man, they came across another man hiding in a false wall built into the garage. After taking this second man into custody, UGET officers also located several air soft guns, a homemade police-style duty belt, gun holsters, and a tactical vest in the false wall cavity.

The man hiding in the false wall, Bolt Trainor, is a 35-year-old male of no fixed address and was found to have outstanding warrants for his arrest for unrelated driving offences.

The investigation into this incident is still ongoing and there are currently no charges in relation to the stolen vehicle at this time.

“Yet again, a UGET initiated investigation achieved success as a result of a cooperative and coordinated response between units of several LMD jurisdictions, the integrated police dog services team and RCMP Air Services,” says Sergeant Brenda Winpenny, Media Relations Officer for CFSEU-BC. “Our UGET officers have a tremendous ability to detect criminal activity and they, along with all of CFSEU-BC, are committed to ensuring our communities remain safe during this pandemic.”

The CFSEU-BC would like to thank the integrated teams and the RCMP Detachments for their assistance on this investigation.