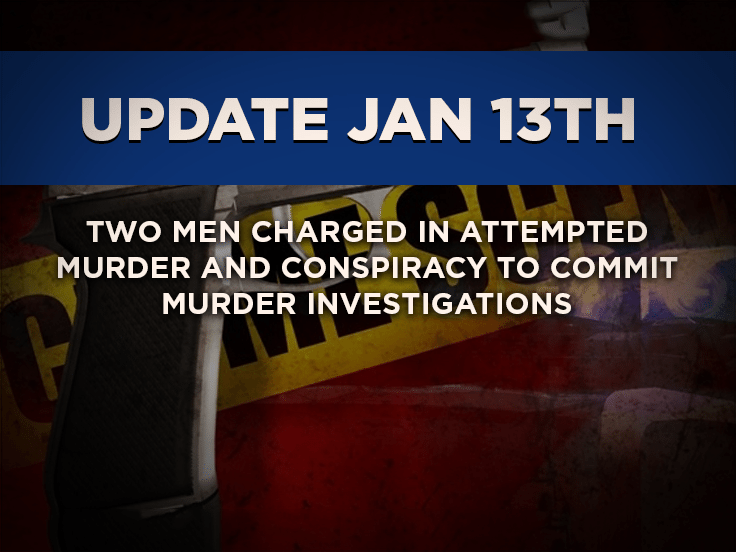 Previous item Traffic Stop in Surrey... Next item One Man Connected to...

Two Hamilton, Ontario men have now been charged by Crown Counsel in a lengthy and complex ongoing CFSEU-BC investigation into the attempted murder of a man in Richmond in April 2015 and the conspiracy to commit the murder of an unknown person in June 2015.

The CFSEU-BC has been investigating the attempted murder of a man well-known for gang involvement and criminal connections since a failed attempt on his life in Richmond on April 10th, 2015. After learning of the incident days after it took place, CFSEU-BC took conduct of the complex multi- jurisdictional investigation that spanned the country.

Investigators believe that this was a highly planned and targeted attempt that saw alleged contracted hit men travel to British Columbia from Ontario for the purposes of killing the intended target. The attempt was unsuccessful and the intended target, who the CFSEU-BC is not identifying, was unhurt.

Since the summer of 2015, investigators with the CFSEU-BC have been able to gather further evidence to support charges of conspiracy to commit murder of an unknown person in June 2015 against the two Ontario men. Evidence was also able to support charges of attempted murder in the April incident against one of the men.

Gino Gavin McCall, 30-years-old, of Hamilton, Ontario has been charged with one count of conspiracy to commit murder of an unknown person in connection to an investigation unrelated to the April 2015 incident.

Ferguson has no prior criminal convictions. McCall has a criminal record that includes convictions for robbery, break and enter, and other property-related offences. The CFSEU-BC has no information to confirm their association to any specific groups or gangs.

Both men have been remanded in custody since their arrests in June 2015 on unrelated matters by another police agency and are scheduled to appear in Vancouver Supreme Court at 2 p.m. on February 22nd, 2017.

In addition to now being before the courts, both investigations remain ongoing and active and the CFSEU-BC is unable to speak to or confirm any further details. Charges against other individuals are anticipated in the coming months and an update will be provided when new charges are laid.

“These efforts are another example of the value and strength of a coordinated and collaborative approach targeting violent individuals whether they originate from British Columbia or come to British Columbia for a specific criminal purpose,” says Chief Superintendent Kevin Hackett, the CFSEU-BC’s Chief Officer.

The CFSEU-BC would like to thank the Richmond RCMP, RCMP Hamilton-Niagara Regional Detachment, Hamilton Police Service, and Vancouver Police Department for their support and assistance in the investigation.

6 hours ago by CFSEU-BC Communications Strategist 31