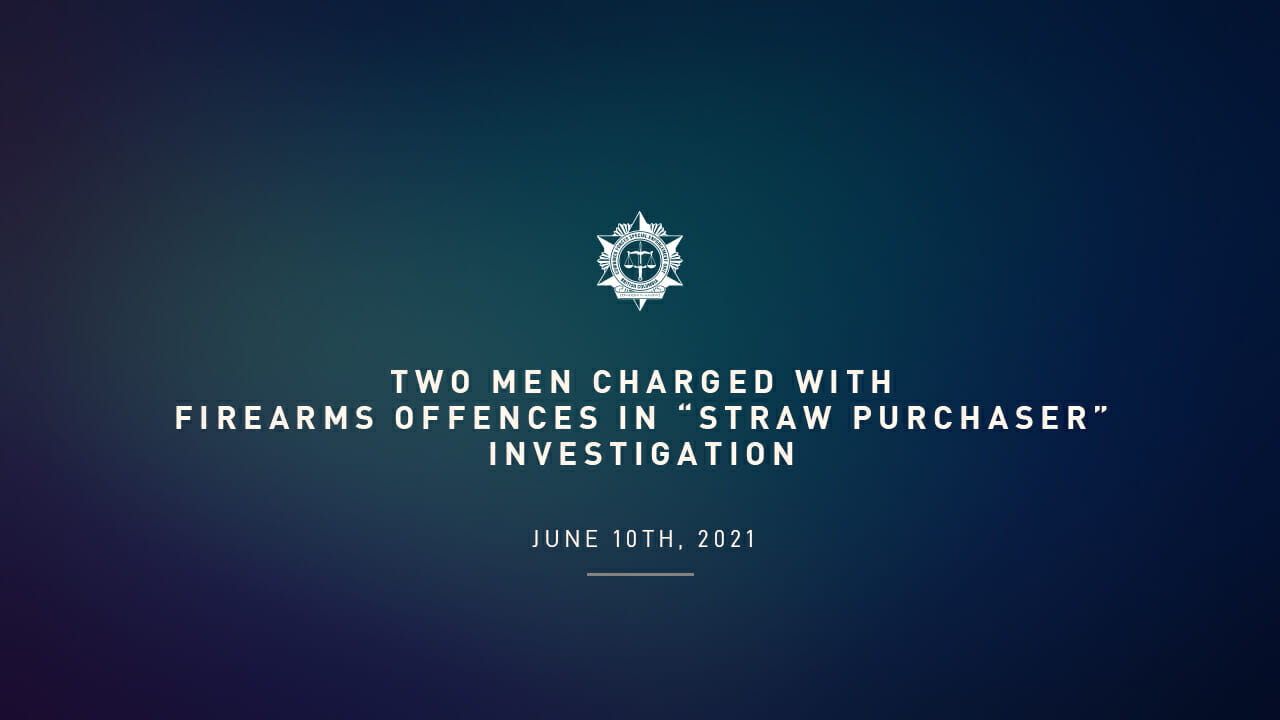 Previous item MALE CHARGED IN... Next item Investigation into Alleged... 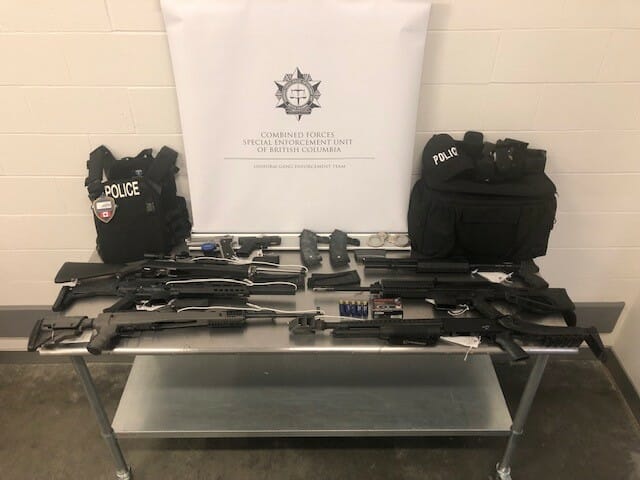 In mid-2020, investigators from CFSEU-BC initiated an investigation into the alleged use of a “straw purchaser” after responding to a suspicious purchase of a firearm by two males who attended a lower mainland firearms retailer. The investigation revealed that one of the men, who did not have a valid license to purchase firearms and was prohibited from possessing firearms, appeared to be directing the other male to purchase a firearm and ammunition. The purchaser had also bought several other firearms in the past year.

The investigation proceeded and in early September 2020 led to the arrest of one of the males. This led to the recovery of one firearm. A short time later, the investigation lead to the execution of a search warrant on a residence and storage locker.

Along with the search warrants, an additional five firearms were seized during the course of the investigation:

A “straw purchaser” is someone with a valid Possession and Acquisition License (PAL), but no criminal record, who is recruited by others, often those involved in crime, to obtain firearms for someone who otherwise could not. Those who are arranging the purchase through the straw purchaser do not want their name associated with the transaction because they have a criminal record, are banned from purchasing or owning firearms, or are, themselves, acting on behalf of others involved in crime.

The firearms, after initially acquired legally, are trafficked, sold in criminal markets and used in crimes. Straw purchasing, which the RCMP-led National Weapons Enforcement Support Team (NWEST) advises they have seen more of the past 18 months, undermines the legal firearm acquisition and ownership process by law-abiding gun owners. Their criminal actions lead to these guns potentially ending up in the hands of those people who pose the greatest risks to public safety.

Harjot Chahal, a 26-year-old male from Pitt Meadows, has now been charged with 2 criminal Code offences;

– 1 X Trafficking a Firearm;
– 1 X Offer to Traffick a Firearm

Alex Lytle, a 31-year-old male from Port Coquitlam, has now been charged with 5 offences under the Criminal Code;

Both males have been released awaiting the court process.

“Do not be used by criminals looking to secure firearms to be used in crimes,” says Superintendent Duncan Pound of the Combined Forces Special Enforcement Unit of British Columbia. “The Crime Guns Intelligence and Investigations Group (CGIIG) within CFSEU-BC is working with firearms retailers, the National Weapons Enforcement Support Team and the Chief Firearms Officer to aggressively pursue straw purchasers and criminals linked to them. If you have any information about suspicious firearms purchasers please contact your local police.”