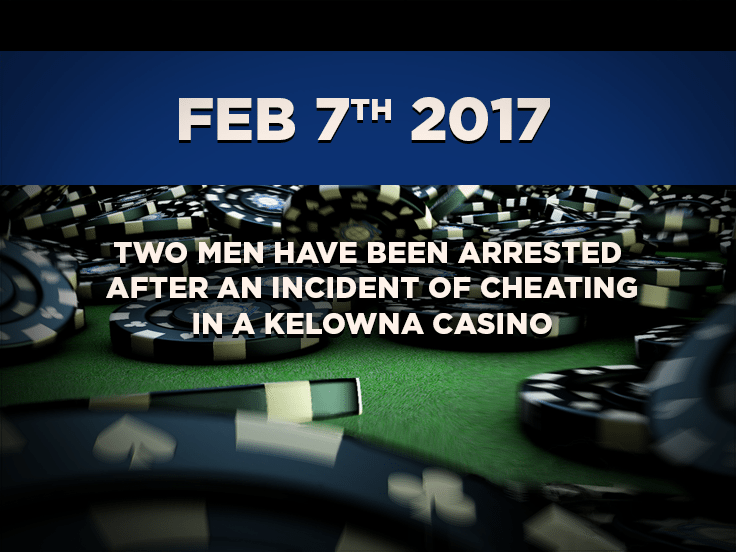 Two men have now been arrested and charged after an investigation conducted by Combined Forces Special Enforcement Unit of British Columbia (CFSEU‐BC) Joint Illegal Gaming Investigation Team (JIGIT) and the Gaming Policy and Enforcement Branch (GPEB) into an incident of cheating in a Kelowna casino.

On November 4, 2016, the GPEB received information from the Lake City Casino in Kelowna, B.C., of an incident of cheating as a result of alleged dealer collusion.

GPEB launched an investigation into the actions of the dealer and the patron. Investigators learned the patron was observed at two separate casino games directly in front of one Lake City Casino dealer over a period of three separate days. The dealer has since been suspended by the Lake City Casino and his registration as a Gaming Worker in the province of B.C. has been suspended by the GPEB.

On November 21, 2016, the CFSEU‐BC JIGIT investigators were asked to take conduct of the investigation. Investigators determined that the evidence supported that the dealer and patron were involved in a criminal act of ‘Cheat at Play’.

21‐year old Yun Long Yang of Kelowna with one count of intent to defraud a casino and cheat while holding the stakes for a game of roulette.

Both individuals are scheduled to appear in Kelowna Provincial Court on May 4, 2017.

The CFSEU‐BC would like to thank the BCLC, GPEB, and Lake City Casino for their assistance and cooperation in this investigation.