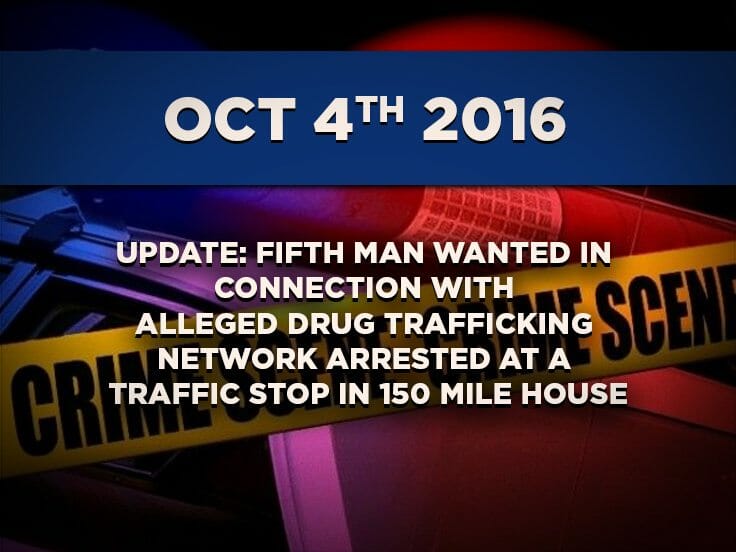 The CFSEU-BC investigation into alleged drug trafficking in B.C.’s Peace Region has resulted in a fifth individual being arrested, this time at a traffic stop in the town of 150 Mile House, British Columbia.

On September 30th, 2016, 100 Mile House RCMP conducted a traffic stop with a vehicle in the town of 150 Mile, B.C. Officers observed a male believed to be wanted in connection to an alleged drug trafficking ring operating in B.C.’s Peace Region, seated in the front passenger seat and requested assistance from the Williams Lake RCMP. The Williams Lake RCMP attended the traffic stop and positively identified the individual as Arin Charleyboy, who was subsequently arrested.

25-year old Arin Charleyboy of Williams Lake is charged with one count of trafficking a controlled substance. He was released from custody and is scheduled to appear in Williams Lake Provincial Court on October 5th, 2016.

The CFSEU-BC would like to thank the 100 Mile House RCMP and the Williams Lake RCMP for their assistance.