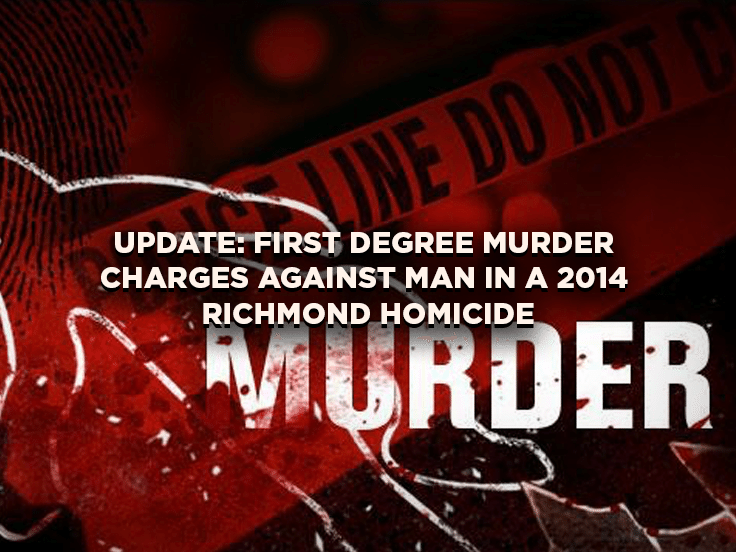 First degree murder charges have now been approved against a third man involved in a 2014 Richmond homicide.

In the early morning hours of October 2, 2014, Theoren Poitras was found face down in a pool of blood in the northwest corner of RC Talmey Elementary School, in the 9500 block Kilby Drive, Richmond after witnesses reported hearing shots fired.

A multi-jurisdictional investigation, led by the Combined Forces Special Enforcement Unit of British Columbia, Integrated Homicide Investigation Team, and the Edmonton Police Service resulted in the arrests of two violent and dangerous prolific offenders from Edmonton connected to this investigation in March 2015.

At that time, the joint forces operation determined Sean Jacob Lee Jennings to be the alleged shooter. Jennings, a 28-year old Edmonton man is currently in custody in Alberta on a number of charges, including first degree murder charges in the death of Poitras. See original release.

25-year old David Nguyen of Edmonton has now been charged with first degree murder in the killing of Theoren Poitras in October 2014 in Richmond.

In addition to the murder charge, David Nguyen has been in custody since his arrest in March 2015, facing a total of 20 criminal charges in Edmonton, including break and enter, robbery with a firearm, unlawful confinement, aggravated assault and various other firearms/weapons charges.

“This collaborative effort by the CFSEU-BC, IHIT, and the Edmonton Police Service leveraged the expertise and abilities of each agency to most effectively target some of the most violent, prolific offenders operating in B.C. and Alberta in order to obtain successful criminal charges and get these individuals off our streets,” says C/Supt. Kevin Hackett of CFSEU-BC. “It is a testament to the hard work, perseverance, and diligence of our officers and support staff to achieve additional charges in an investigation of this scope and magnitude.”

“This joint operation involving IHIT, the CFSEU-BC, and the Edmonton Police Service has now led to charges against a third suspect in the death of Theoren Poitras,” says Supt. Dwayne McDonald of IHIT. “The arrest of David Nguyen for first degree murder speaks to the tenacity our investigators show in their pursuit of evidence to solve gang related homicides which put the public at risk. Using an Integrated approach to these investigations ensures success for IHIT, our partners at the CFSEU-BC, and our municipal partners in the Lower Mainland and other jurisdictions.”

“Thus far the outcome of these investigations has had an immediate impact in a number of communities,” says Insp. Peter Bruni-Bossio of the Edmonton Police Service Major Crimes Branch. “These often require a great deal of cross-jurisdiction cooperation in an effort to prevent further violence, and hold individuals accountable for their behavior.”