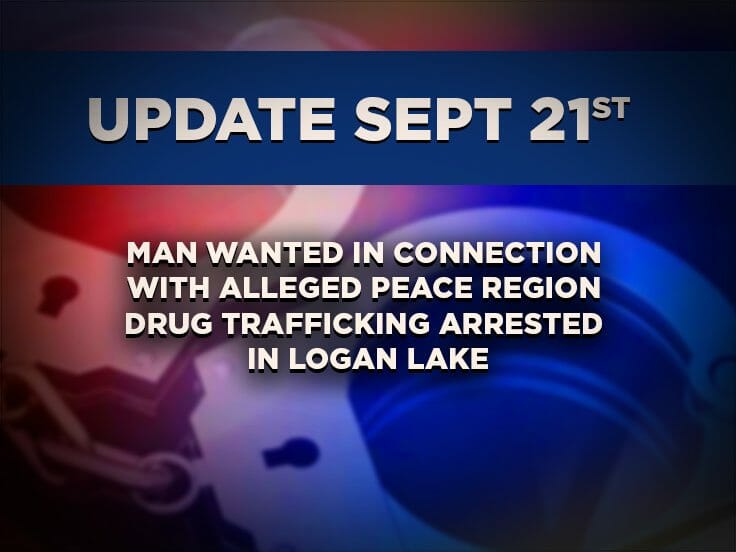 One of the nine individuals wanted in connection to a CFSEU-BC investigation into alleged drug trafficking in B.C.’s Peace Region has been located and arrested in Logan Lake, B.C.

22-year old Lashway Merritt of Williams Lake is charged with one count of trafficking in a controlled substance. He was located in Logan Lake and arrested this past weekend. The CFSEU-BC was advised by the Williams Lake RCMP that they were aware that Merritt was currently in Logan Lake. Efforts to contact Merritt were undertaken and he turned himself in at the Logan Lake RCMP Detachment.

Lashway Merritt was released from custody and is scheduled to appear in Dawson Creek Provincial Court on October 4th, 2016.

Efforts continue to locate the remaining eight wanted individuals and current information suggests that they may either be in Ontario or the Maritimes.

The CFSEU-BC would like to thank the Logan Lake and Williams Lake RCMP Detachments for their assistance.