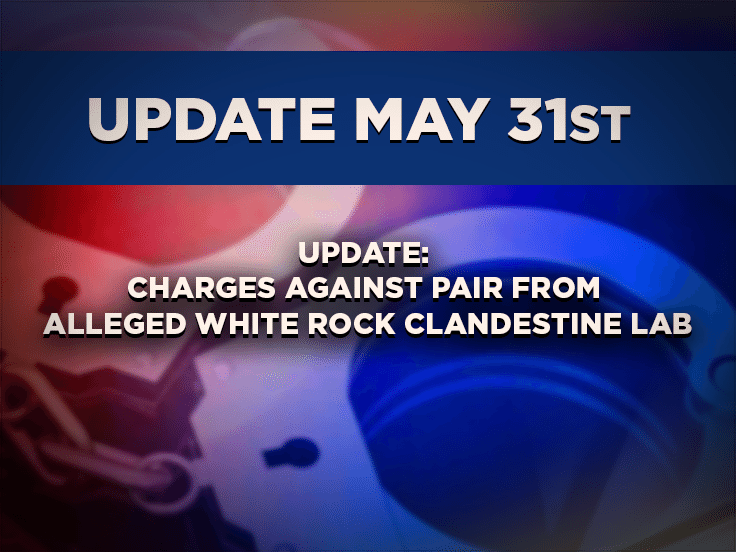 Previous item CFSEU-BC and other police... Next item Canada-wide Warrants...

On May 3, 2016 the RCMP’s Federal Clandestine Laboratory Enforcement and Response Team (CLEAR) were called to the 800 block Parker Avenue in White Rock to assist the CFSEU-BC in determining if a location was a possible clandestine drug lab after investigators from the CFSEU-BC arrested two people and executed a search warrant on the residence as part of an ongoing investigation.

Upon initial entry into the residence, the CFSEU-BC officers discovered substances and paraphernalia consistent with what is believed to be an illegal synthetic drug lab. The CLEAR team was called in for an assessment; the house was contained overnight, and was subsequently searched over the remainder of last week. The house was searched and various firearms and drug-related items were discovered.

See original release and update on the search warrant results.

The man and woman who were arrested at the house, 46-year-old Frederic Wilson-Koonpackdee and 31-year-old Pardeep Grewal, have now been charged with a variety of drug and firearms-related offences.

Wilson and Grewal are currently in custody and it is unknown when their next court date is.