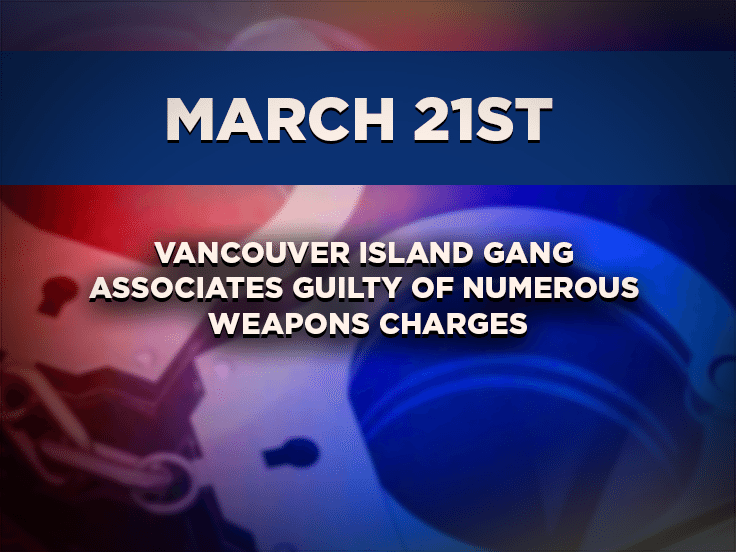 Previous item Man with an Extensive... Next item Two Men Have Been Arrested...

In 2013, the Combined Forces Special Enforcement of BC (CFSEU-BC) conducted two investigations in the Duncan, BC area which resulted in the arrests of two Vancouver Island gang associates for numerous firearms-related charges and trafficking.

Last week the second of the two men entered a guilty plea and was sentenced.

In August of 2013, the CFSEU-BC announced that one man had been arrested following an investigation into firearms trafficking. In this case, 12 guns were seized along with assorted ammunition, firearms parts, and suppressors. The original media release can be found here.

In the second investigation, the CFESU-BC announced in October of 2013 that a Duncan man had been arrested for allegedly illegally selling firearms. Two search warrants were executed in the Duncan area which resulted in the seizure of 10 firearms and a number of other items including prohibited firearms- related devices and thousands of rounds of ammunition. The original media release can be found here.

In January of 2015, the CFSEU-BC announced that charges had been laid against the two men as a result of the 2013 investigations. The original media release can be found here.

In early March, Luke Gregory Massey, 35-years-old, was found guilty of one count of possession for the purpose of weapons trafficking; and one count reporting an offence committed when it was not.

“These guilty pleas demonstrate the persistence of law enforcement to ensure that an investigation is successful from start to close and that two dangerous individuals who viewed themselves as above the law were put in jail,” said Sgt. Brenda Winpenny, of the CFSEU-BC. “Not only were two dangerous individuals taken off our streets, but so too were weapons with the potential to bring violence into our communities. The CFSEU-BC is always working to ensure that our streets remain safe.”